1. These 3 people were spotted by aBowlofSpaghetti on Reddit. They are using cardboard boxes as ‘eclipse projectors’. This really is a thing 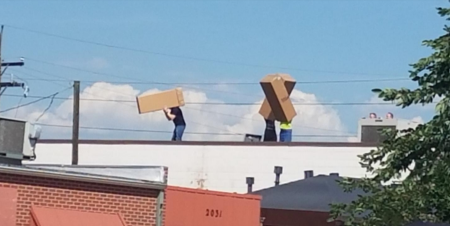 They weren’t the only ones trying the cardboard box trick, it turns out.

“I passed by a bunch of people with expensive looking camera equipment and dark welders goggles. At the very end of the line was a man looking into a box of Reese’s Puffs cereal.”

“Used a box of cinnamon toast crunch and it blew my adolescent son’s mind. I was surprised how well it actually worked, myself.”

2. “Saw this woman getting a better view of the eclipse,” said grumpntug. 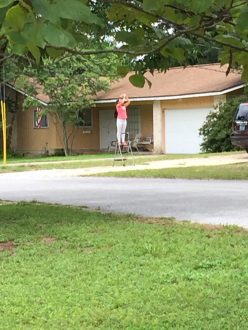 “I was thinking maybe some leaves were blocking her view, but then should could just move a few feet…”

“No, she was clearly trying to get closer to the sun and any more reasonable theories will be ignored by me!”

“She’s still closer than if she was standing on the ground. I mean, this is stupid but she accomplished her goal.” And, of course, Donald Trump, the most entertaining eclipse watcher of the lot

Letter of the week