This is what the BBC’s first weather forecast looked like, back in 1949. 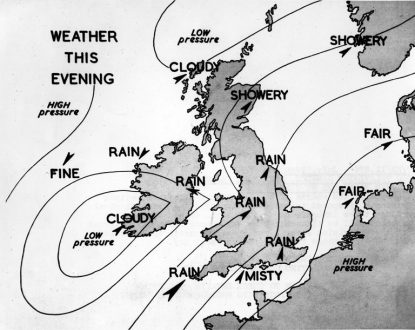 And Christopher Fowler, who posted it on Twitter, had some useful money-saving advice.

The 1st BBC weather forecast, 1949. They might just have well kept that screen up forever and saved money. pic.twitter.com/4pLPuIO1Sq

A tad unfair. I remember a week or so in 1976 when it was actually nice.

And let’s not forget it was quite nice a few weeks back, wasn’t it. Wasn’t it?

Behold, the majestic roar of a Lynx