Looks made up, is actually real: the Daily Express’s ‘Great British Brexit calendar’

This looks made up, but it turns out it’s actually real, a “Great British Brexit Calendar” being given away by the marketing department of the Daily Express.

this looks like a Private Eye joke but is actually real pic.twitter.com/TAWLlFSwLf

“Scratch off the 12 golden stars over the next two years to reveal high quality caricatures of Brexit champions such as Nigel Farage, Boris Johnson, our new blue passport and more.

“Keep track and feel part of it all with The Great Brexit Calendar. If you voted leave or know someone who did, scratching of the 12 golden stars is a stellar way to mark our country’s progress towards leaving the EU.

“Send off your voucher today to shake off the gloom and feel good about the next chapter of our history. There’s no better way to follow the countdown to independence than with the Great British Brexit Calendar.”

Seriously, this is on page 15 of today’s Daily Express. Either it’s real or the Express has suddenly developed a sense of humour, look at it that way.

Here are some sample pages for your delight. 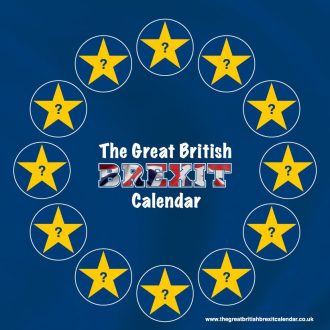 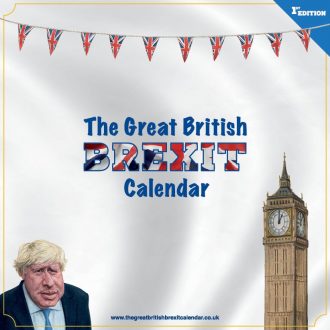 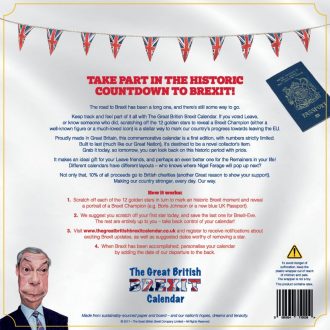 It’s even got a souvenir ballot paper. 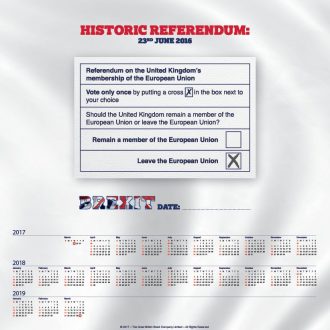 Designed with the help of Margaret Thatcher’s old ad man, Tim Bell, you can also register for “exciting Brexit updates as well as [the opportunity to] suggest dates worthy of removing a star.”

The manufacturer’s website suggests a few dates when you might like to scratch a star off, such as 21 October (Battle of Trafalgar), 3 March (the first time the UK participated in Eurovision) and, er, whichever date in February the Brits will be next year (“One of Britain’s other great talents is producing iconic musicians and bands”).