In case you needed another reason to love firefighters

Firefighters are already heroes, and Mick’s short reply to a request from The Sun has gone viral in the wake of the tower block fire in West London.

You know it's not going to be good when your told to write your name on you helmet before you go in! pic.twitter.com/qToYAXa1k8 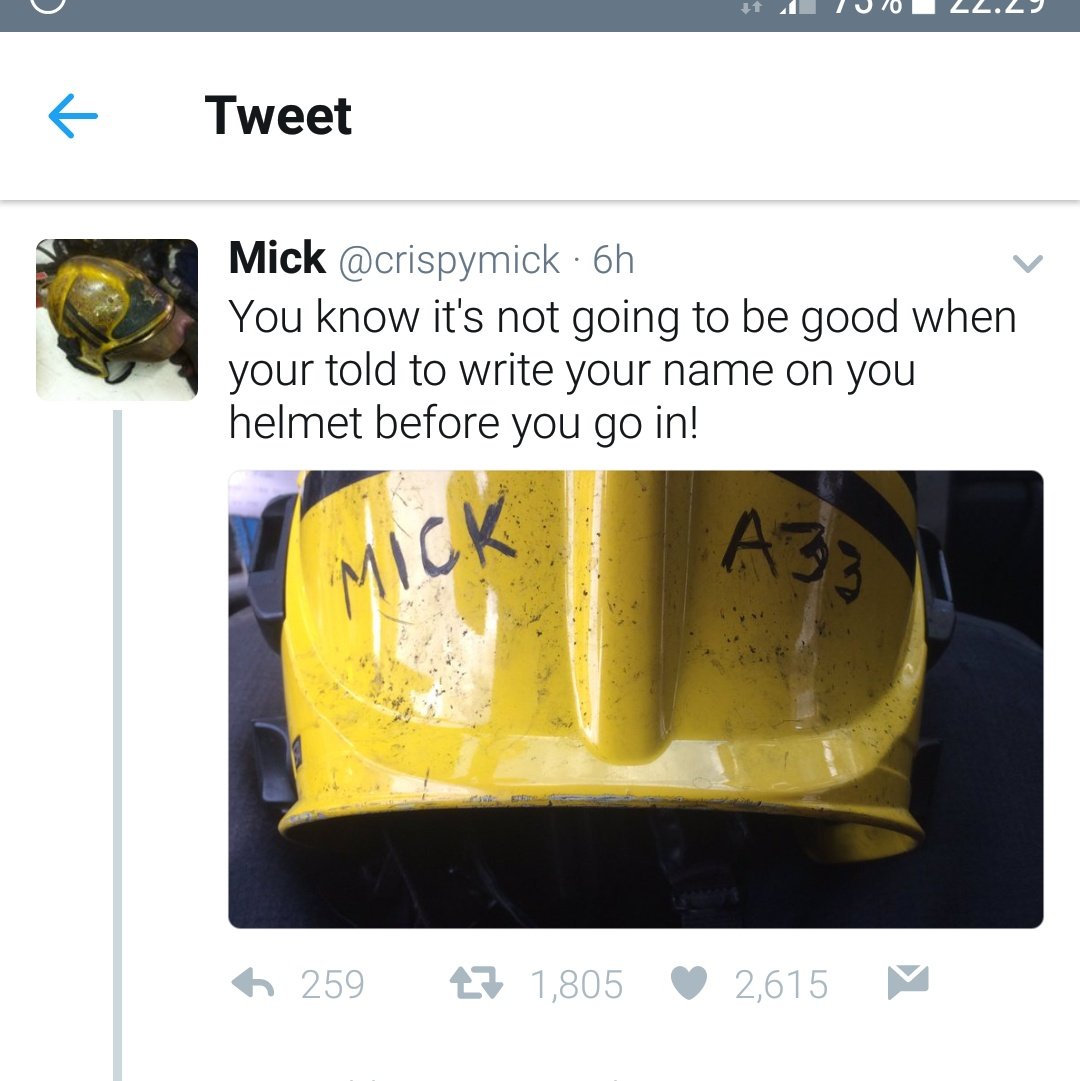 Hi Mick, can we use this image on our site please?

Nope… Not in in your shitrag 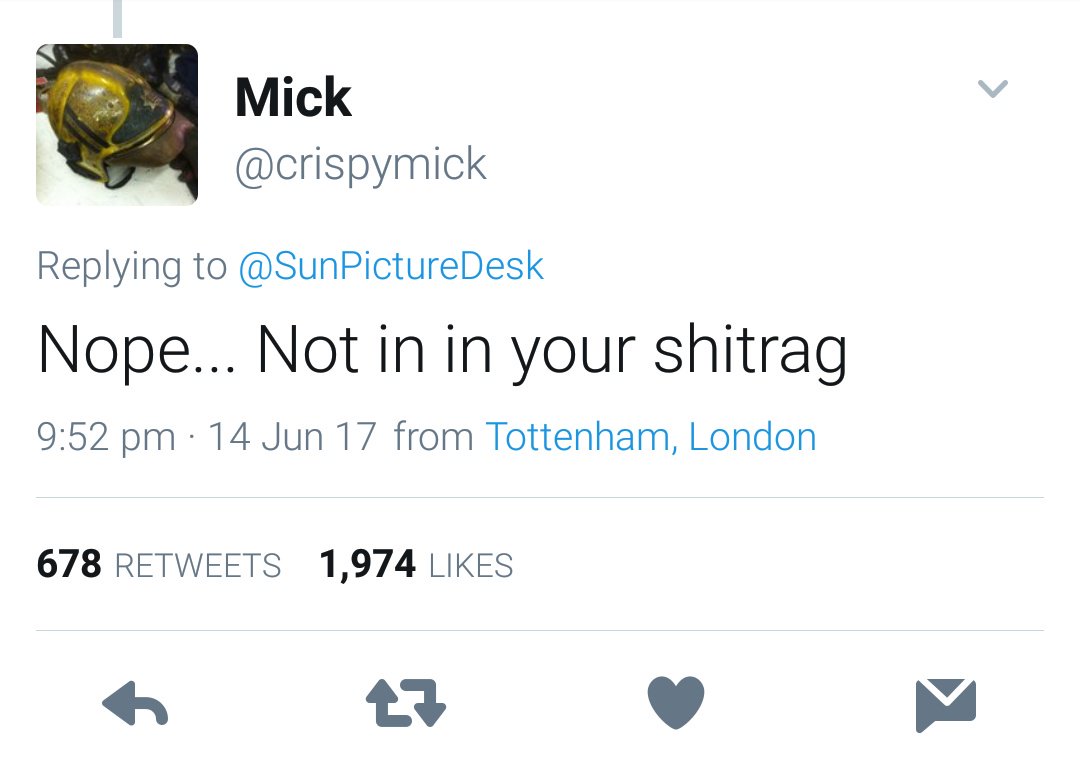 Most of the replies to his original tweet weren’t requests from newspapers, but people from around the world thanking him and his colleagues for their bravery.

Thank you to you all for your immense bravery going into that building. Joe

Thank you seems so inadequate

But you still went in… bravery beyond belief.