Imagine working in an office with these kind of people. pic.twitter.com/C30VUUsx77

They’re not the first person to do this. 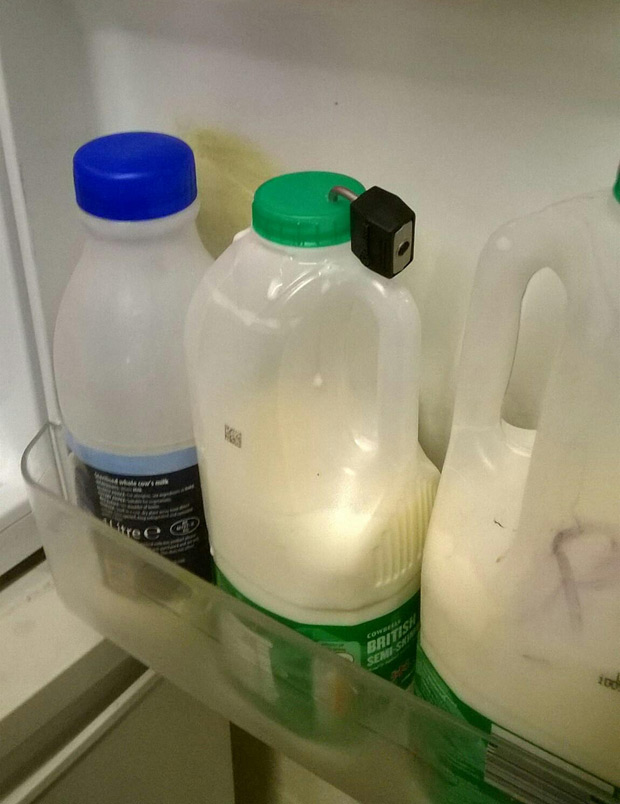 Although there’s a devious route to bypass the security measures.

Update: apparently the fridge is at Halifax Police Station, so draw your own conclusions…

In other news, the milk theft in Halifax Police Station seems to be rife..when he said find one without a padlock, thought he was joking..! pic.twitter.com/dGZ4wKsvpq

A big inflatable duck has been arrested in St Petersburg