A big inflatable duck has been arrested in St Petersburg

Share Tweet
In Russia people attending protests are reluctant to carry anti-government placards, so have taken to using ducks (both rubber and inflatable) to show their dislike of government corruption – inevitably a giant inflatable duck was arrested in St Petersburg during some protests earlier today. 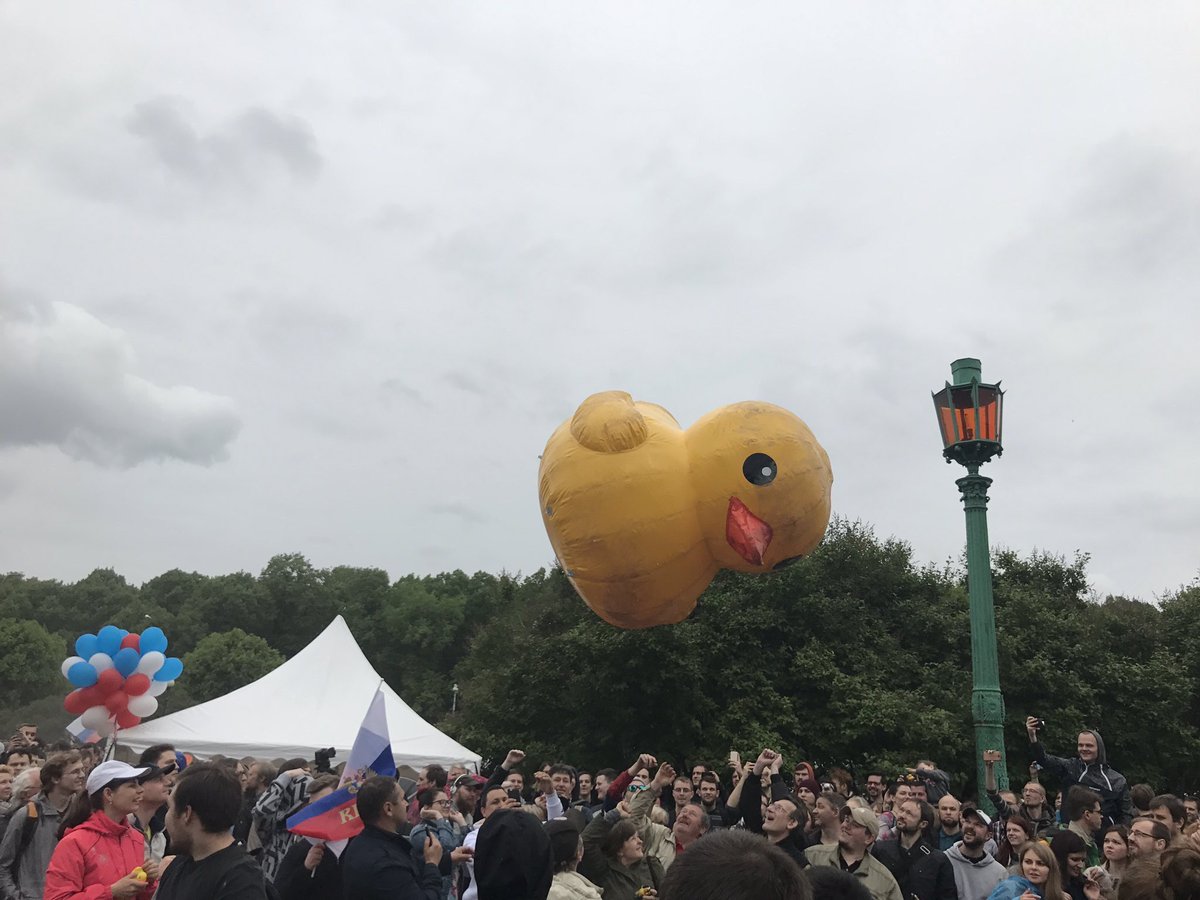 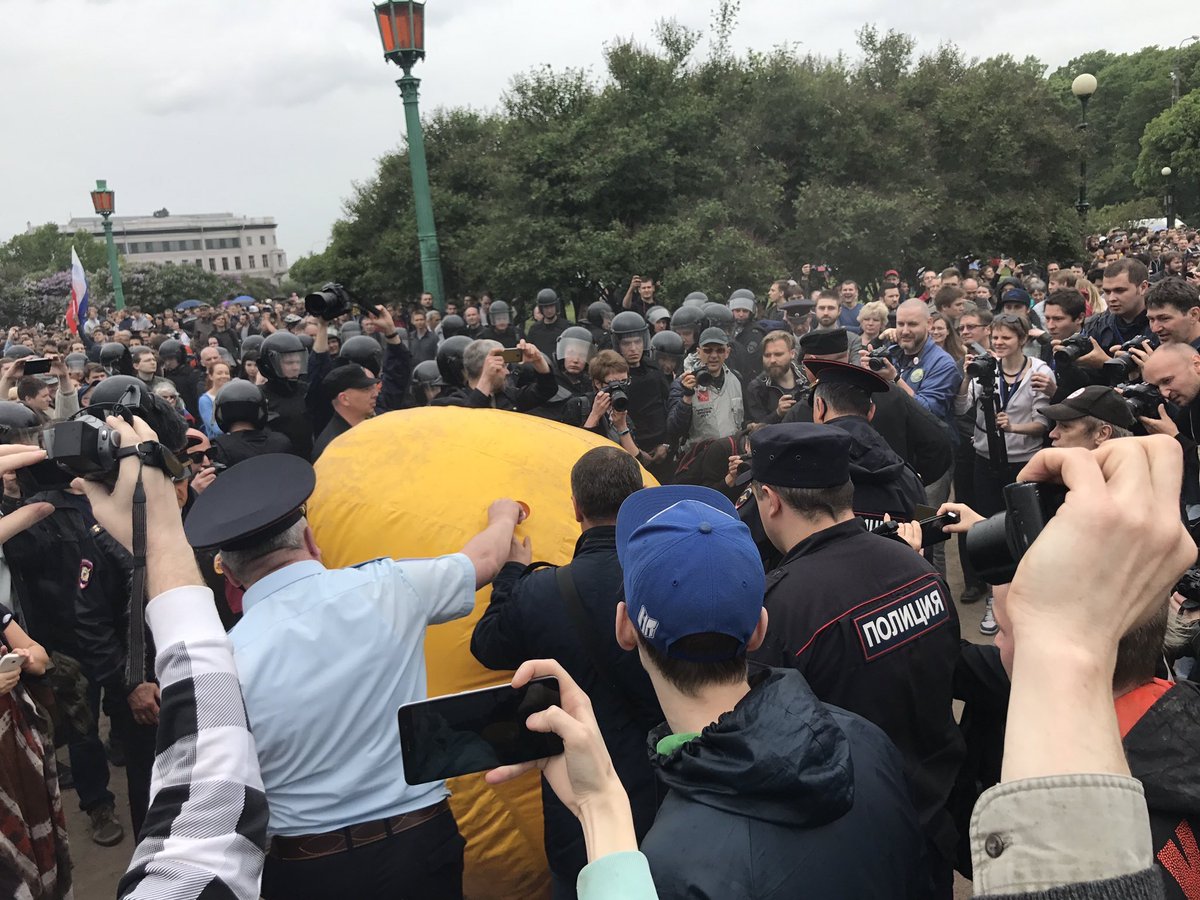 The New Statesman reports that ducks were adopted as a symbol by oppositionists and their allies after an anti-corruption investigation into Russian Prime Minister Dmitry Medvedev’s wealth.

It symbolizes PM Medvedev's reported opulence & acceptance of political gifts. The reports also mentioned a duck house on his estate.

a rubber duck was arrested in st petersburg

p.s. a rubber duck is a symbol of anti-putin movement pic.twitter.com/hCMJg0W49m

This I didn't know. Hot damn, from now on every bath time can be a protest against Putin. Me n rubber duck.

It’s certainly a step up from the time Chewbacca was handcuffed and detained after supporting Darth Vader’s bid to be elected as Mayor of Odessa.