Ronseal is battling with Channel 4 – but who’s winning?

Don’t worry, there’s no need to adjust your set – it’s just Ronseal and Channel 4 having a very public on-air argument about the merits of doing DIY.

It started on the Friday before May Day Bank Holiday, when the DIY giant pitted themselves against Channel 4 in a bid persuade telly-watchers to get off the sofa and tackle those urgent household jobs. Yes, you heard that right. Ronseal took on Channel 4 in a battle for how viewers’ should spend their free time.

It all kicked off during Gogglebox. Viewers were left open-mouthed as Alex Brooker (the voice of Channel 4) told Ronseal to ‘wind their neck in’ before a tub of Ronseal One Coat Fence Life ‘battled’ with the Channel’s iconic blocks.

Never one to duck a challenge, Ronseal hit back with some cutting words of their own before security was called…

As millions of TV viewers witnessed the two brands jostle for viewers’ attention, those on social saw the spat escalate across Twitter. You can see the most cutting tweets here: 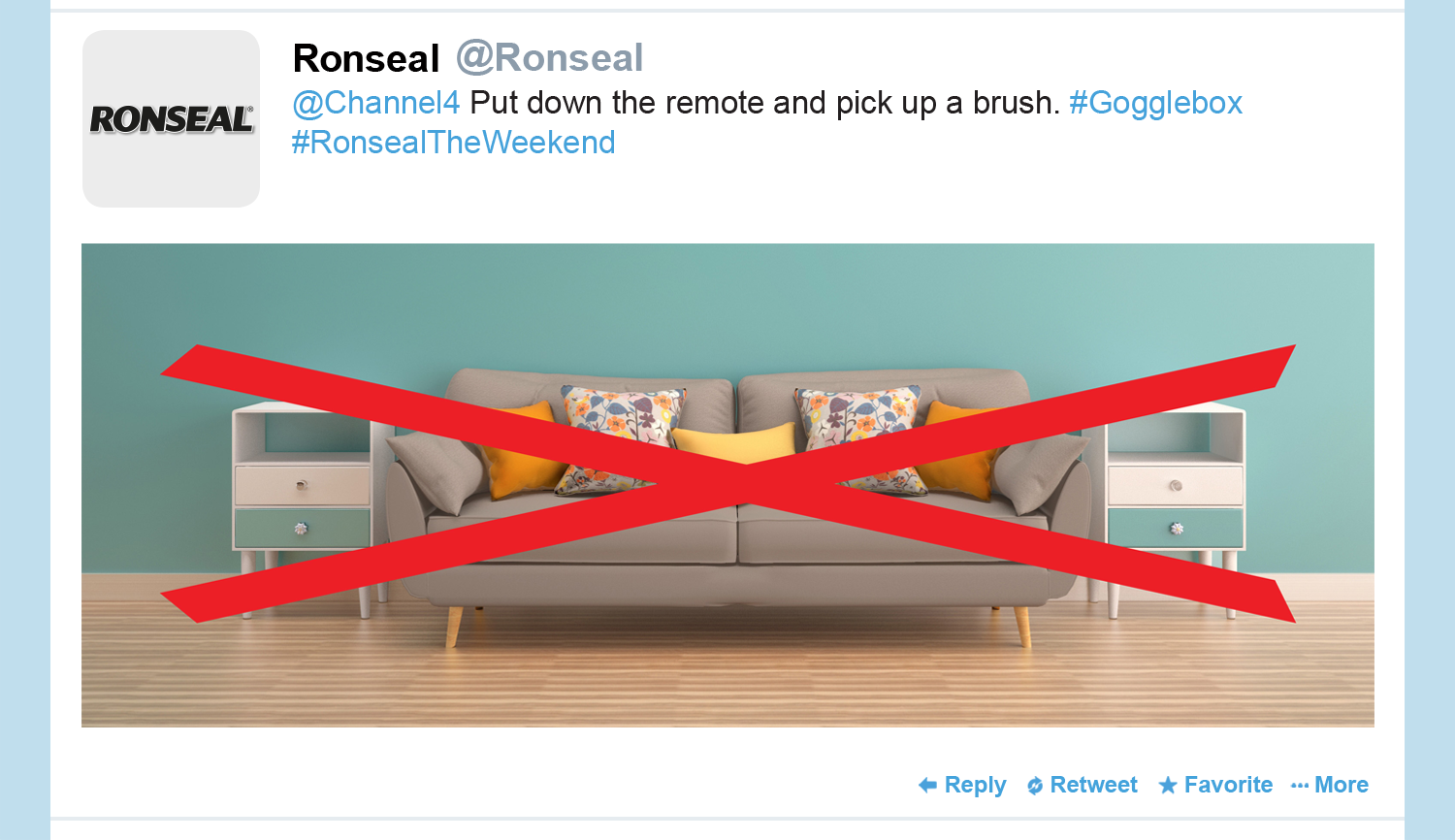 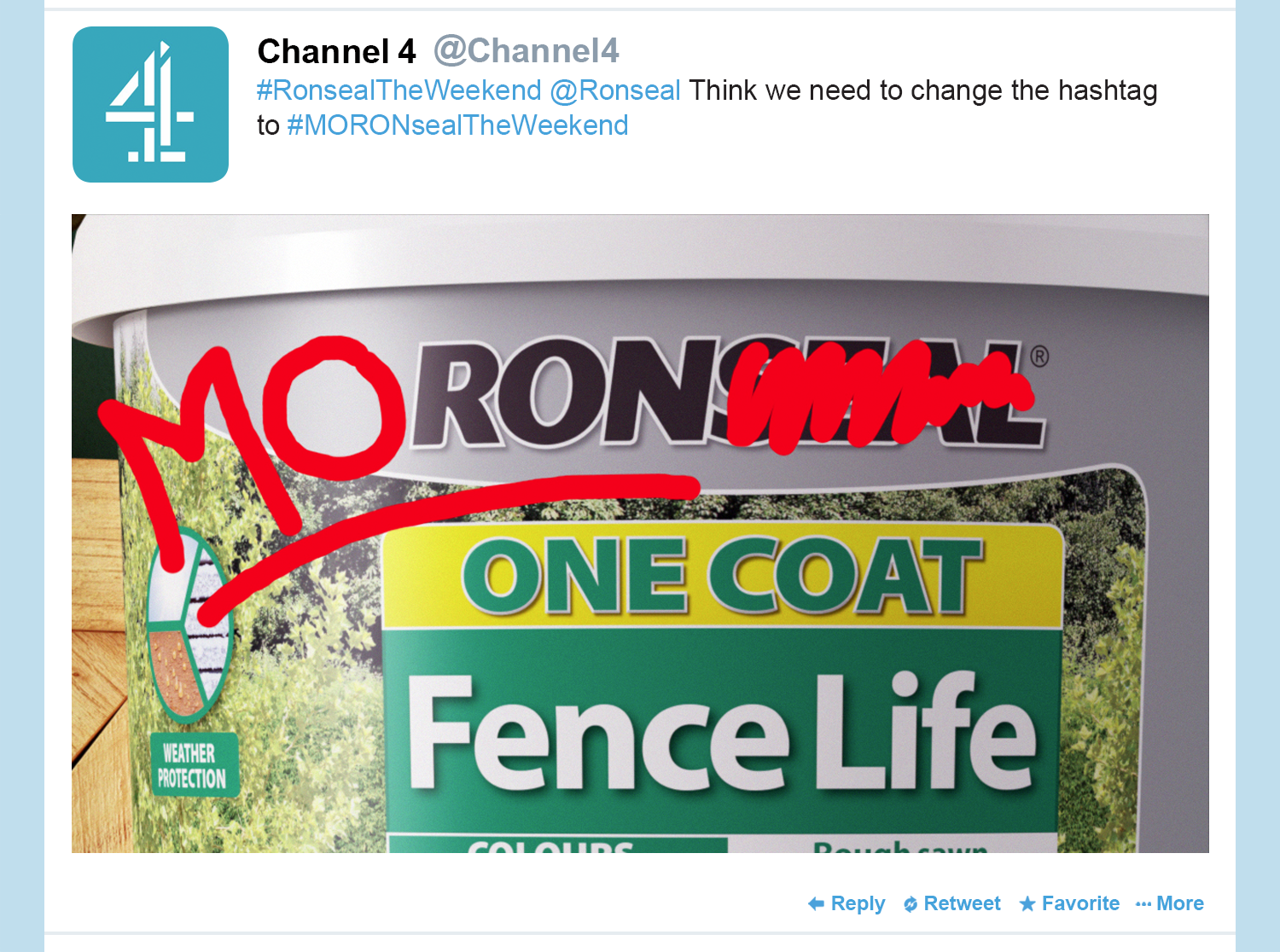 And Ronseal popped up on Facebook when people were least expecting it too:

Since then, Ronseal and Channel 4 have taken their battle across different types of programming – so viewers watching property, sport and entertainment shows and even films have seen the feud continue.

We spoke to Ronseal and they said: “We’re fuming! We were looking forward to getting the nation’s fences sorted this summer but for six weeks now Channel 4 has been telling people to spend their whole weekend watching telly instead. Imagine how great people could feel if they’d get up off that sofa, go out and get that DIY done.”

You can see the campaign in full and connect on social using #RonsealTheWeekend – or on Twitter, Facebook or on the web.