The Gallagher brothers can always be relied upon to give a good quote. Here we share some of our favourites from Brother Noel. 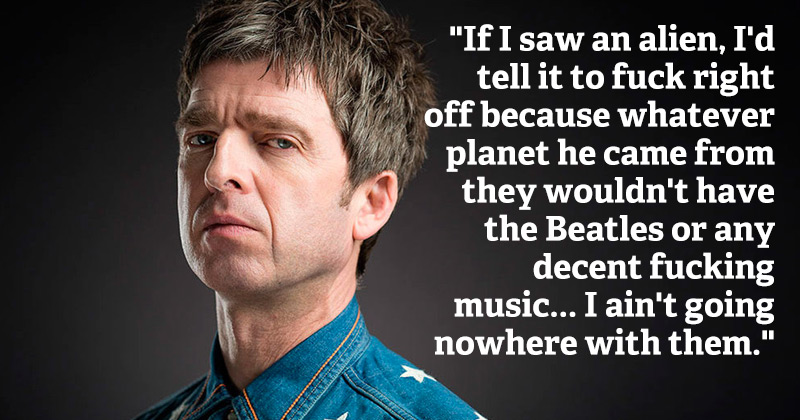 “Liam is … rude, arrogant, intimidating and lazy. He’s the angriest man you’ll ever meet. He’s like a man with a fork in a world of soup.” 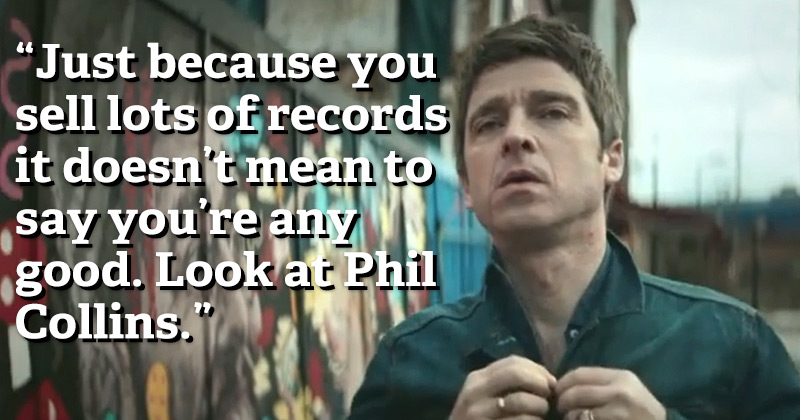 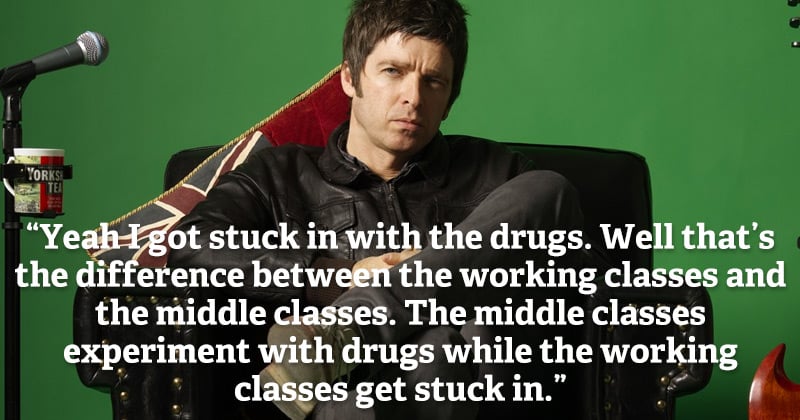 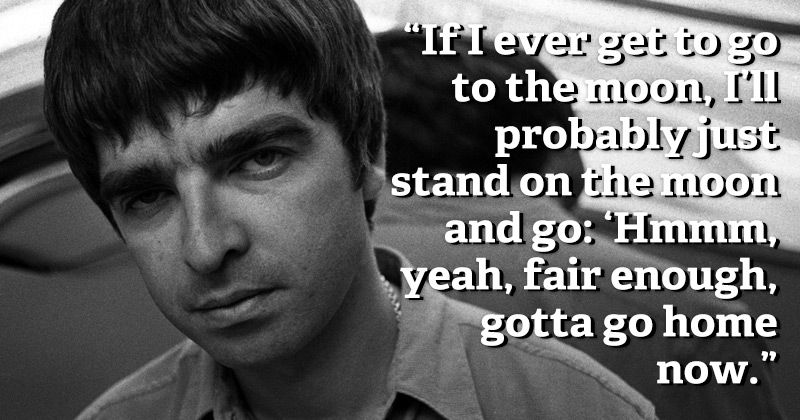 “The Priory? Why would you check into a hospital to pay somebody £4,000 an hour to tell you things that really you should already know about yourself. Give me the money, I’ll sort it out for you.” 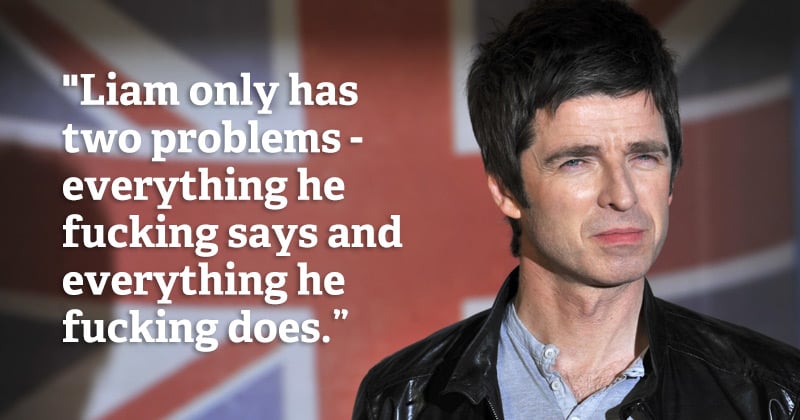 “There has never been a cool keyboard player, apart from Elton John.”

“It got to the point after Cigarettes and Alcohol came out they wanted to release another [single], but you can’t have five off a debut album. They’d have to get me a fucking Lear jet. Because if Michael Jackson is doing five singles an album and I am, he’s got a monkey and a Lear jet. I don’t want a monkey but I want a fucking aeroplane.”

“Jack White has just done a song for Coca-Cola. End of. He ceases to be in the club. And he looks like Zorro on doughnuts.” 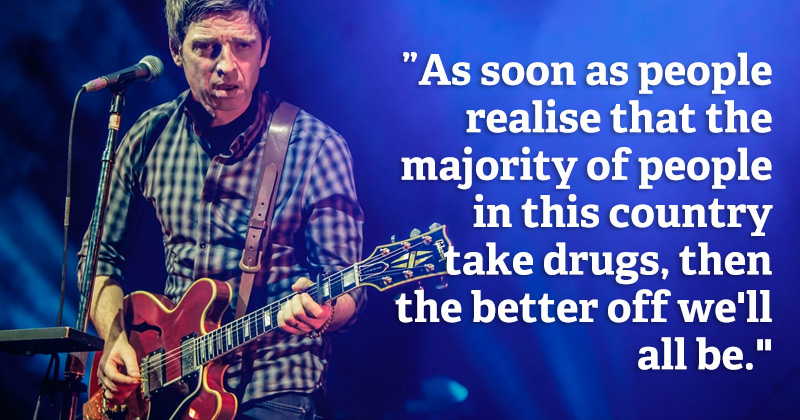 “I went to Paul McCartney’s daughter Stella’s party and who should open the door but the man himself. He was dead cool. There were all these questions I wanted to ask him but I settled on, ‘Do you watch Brookside?’”

“All I would like to say is that I’m rich and you’re not.” 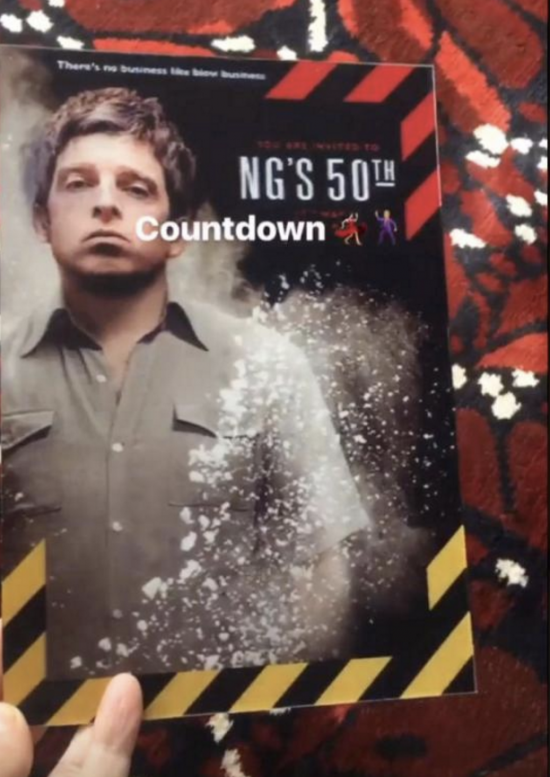 As you can see from the invite above, Noel celebrated his 50th with a cocaine themed bash, which seems entirely appropriate.

Spare a thought for little brother Liam, who was apparently not invited.

Which reminds us, Liam’s pretty good for a quote as well. Click here to read 20 of the best.