So here’s Emmanuel Macron walking towards Donald Trump and a whole host of European leaders at the Nato summit in Brussels. Watch what happens next.

First of all Macron walks straight towards the US president before swerving away and totally ignoring him, Trump left with his hands out by his side like a total tit.

Then Trump tries to take revenge by yanking his hand towards him in that comedy handshake of his. And Macron yanks him right back. OWNED!

Here they are wrestling together. Er, we mean shaking hands. 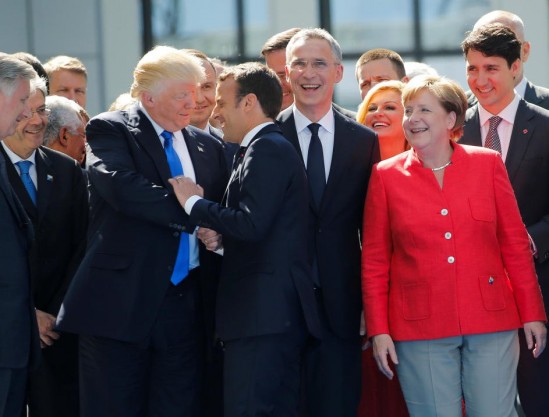 We’re guessing Macron was rather proud of it, because he posted it on his own Twitter feed.

The pair have a little history in this regard, of course.

nobody fucks with France pic.twitter.com/iKU4SZN07P