Share Tweet
Fed up residents of Steeple Aston in Oxfordshire put over 100 rubber ducks in rain-filled potholes in an attempt to draw attention to them, reports the BBC. 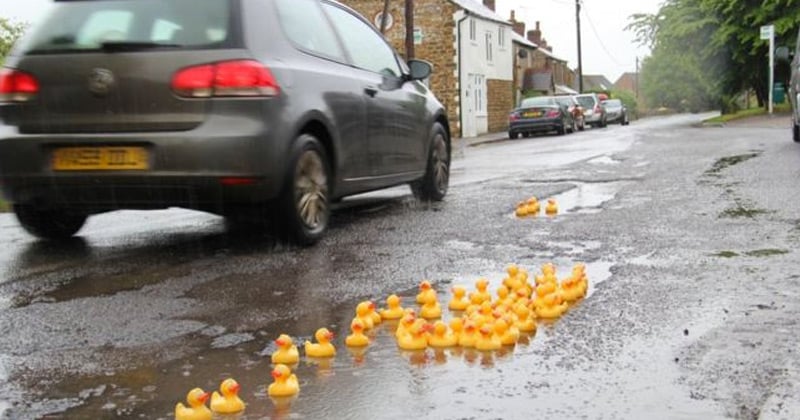 Locals accused council officials of “ducking the issue” and claim the holes pose an injury risk and have been ignored for too long. 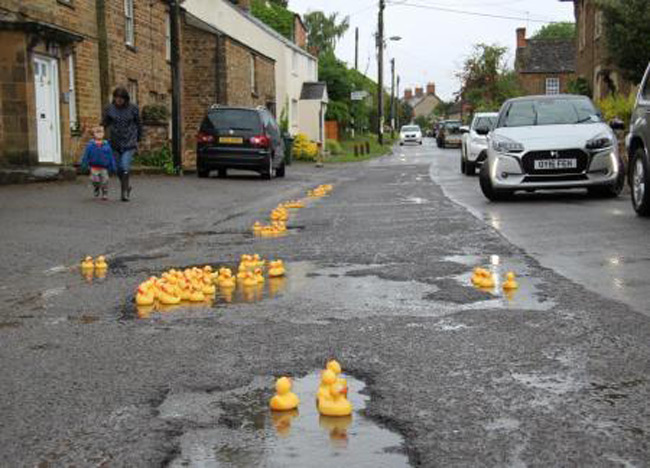 It’s not the first time people have used ingenious methods to complain to the council about potholes. In 2015 phallic crusader “Wanksy” painted dicks over potholes in Greater Manchester to draw attention to these problem spots after a number of his cyclist friends were hospitalised. 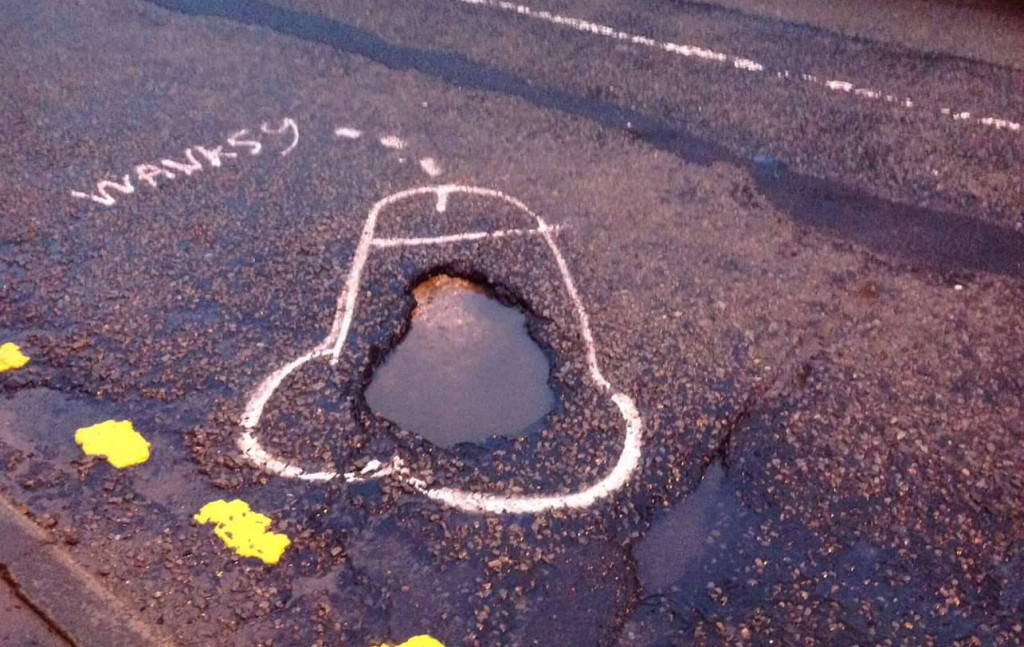 And if you don’t actually mind potholes, these two artists came up with ten great ways of celebrating them.