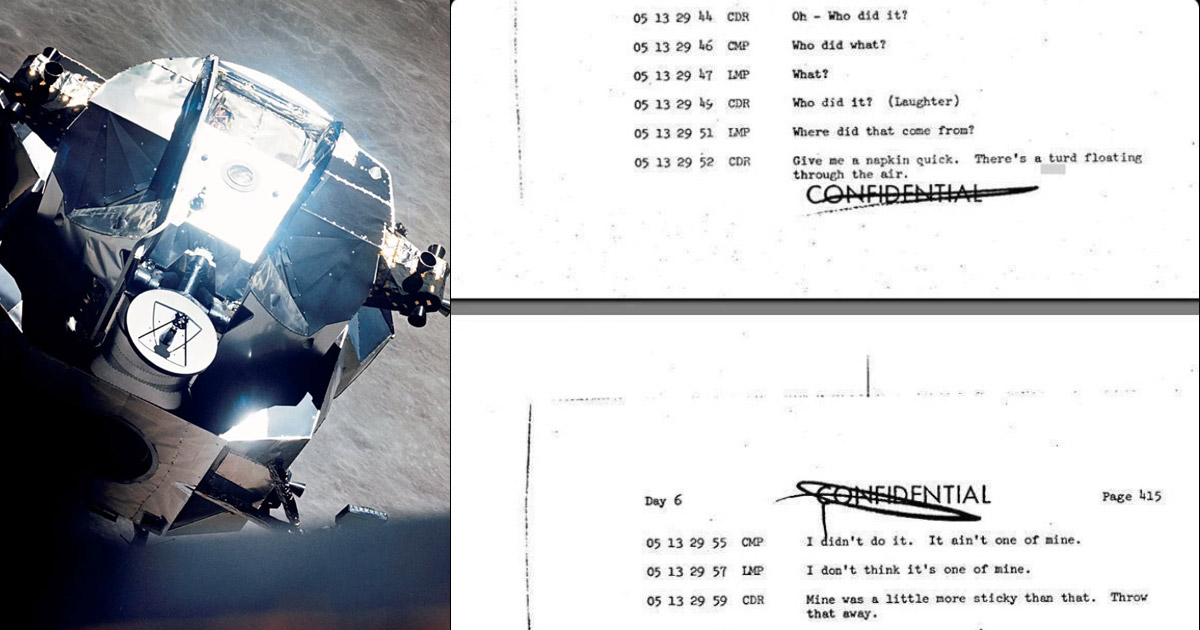 “A selection of the transcript from the Apollo 10 flight.” writes unamedhuman over on Reddit. 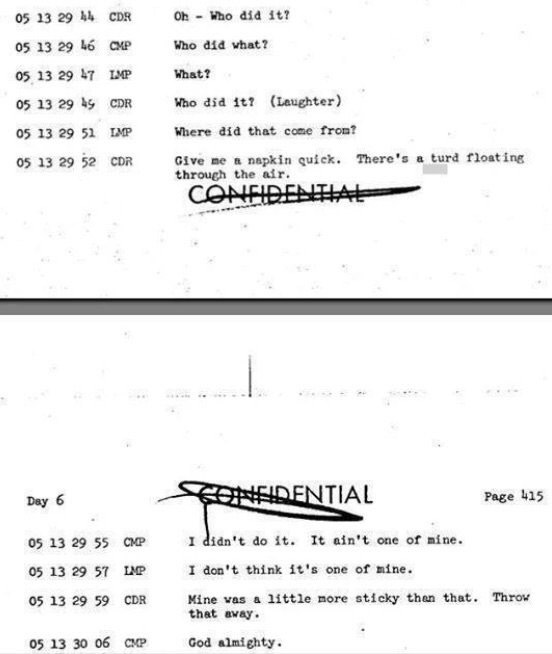 A transcript if that’s hard to read on mobile etc:

CMP: Who did what?

CDR: Who did it (laughter)

LMP: Where did that come from?

CDR: Give me a napkin quick. There’s a turd floating through the air.

CDR: Mine was a little more sticky than that. Throw that away.

One of these men is responsible – but which one? 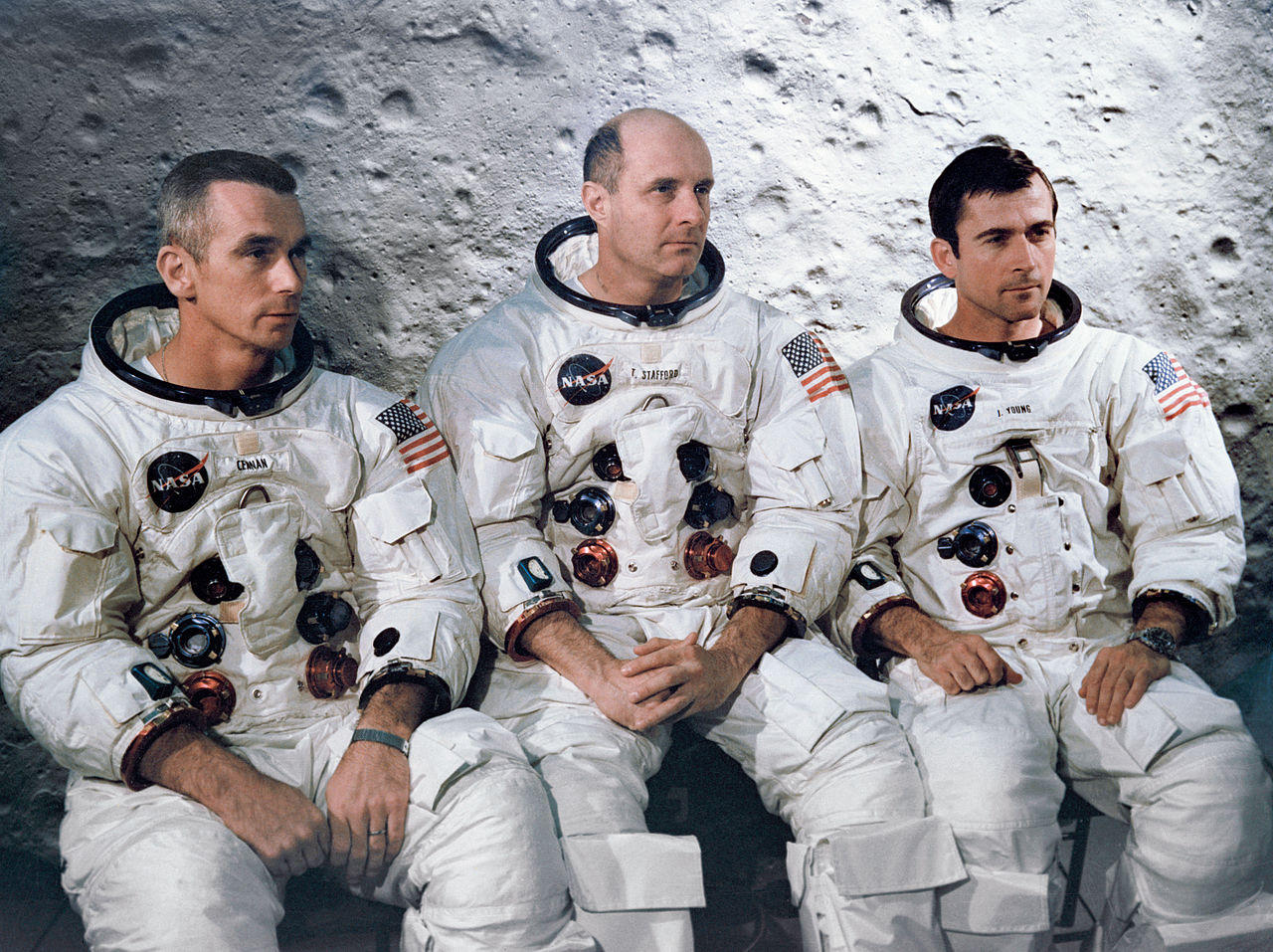 If we take it all at face value then Eugene A. Cernan (left) probably did it as his is the weakest denial, “I don’t think it’s one of mine.”

Also look at his guilty face. 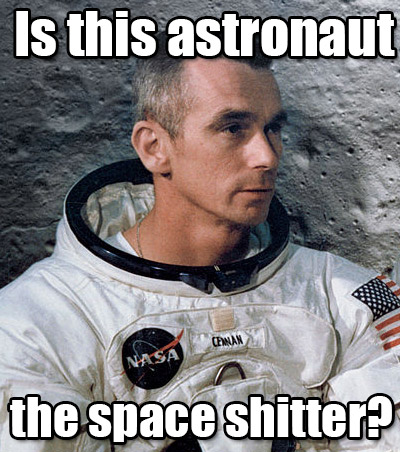 BTW: Apollo 10 was a manned mission to orbit the moon and then come back in preparation for the later actual moon landing. The module pictured in the photo was called ‘Snoopy’ and is believed to still in orbit around the sun.

Hopefully without astronaut poo inside it.

And finally as pacatak795 says, “It’s little treasures like this that make me convinced that the moon landing was legit. Do people really think the government has enough attention to detail to stage something like this little gem?”

next story
Breaking News: This Joe Biden inauguration joke was made so much better by people not getting it