This is brilliantly done by LamerisiremaL who has identified a whole bunch of movie poster cliches and exactly what they tell us about the film we’re about to watch. 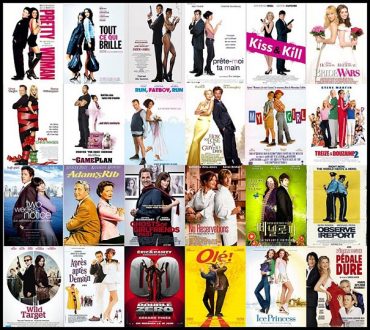 Do the main roles have a hate/love relationship and are forced to work together to get the job done? Show them off with backs against each other.

One eye looking eerily to the public. Probably a horror movie, but human nature will be a theme. 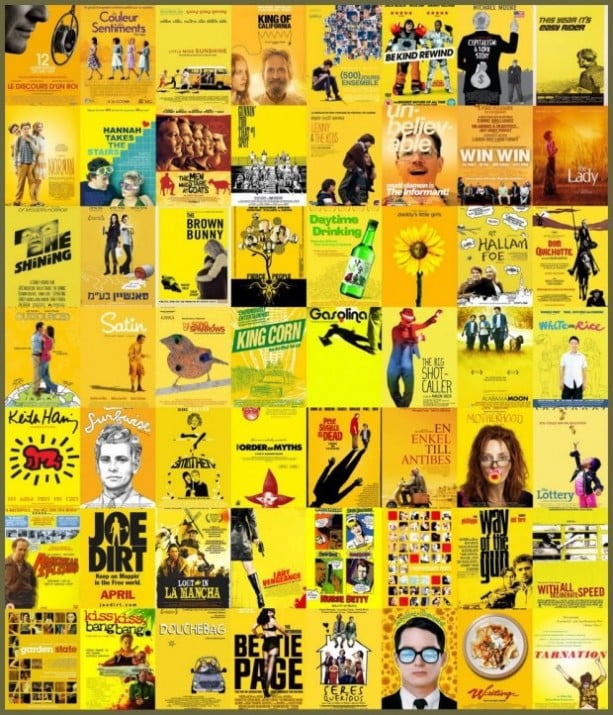 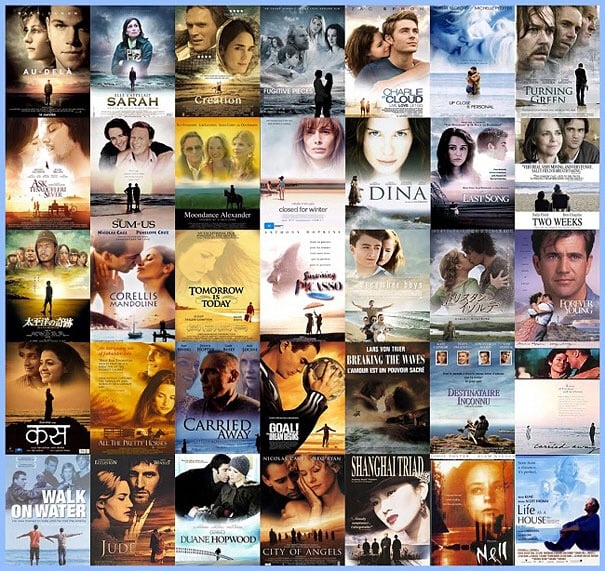 Big heads over small people, the beach or a desert. Silhouette at the ocean and pastel colours, bring your tissues because tears will flow with this emotional drama… 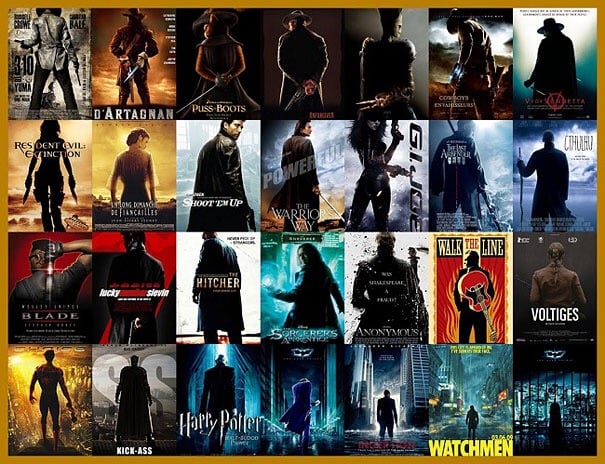 Feel the drama while looking over the shoulder of our hero, he/she is most likely holding a weapon. 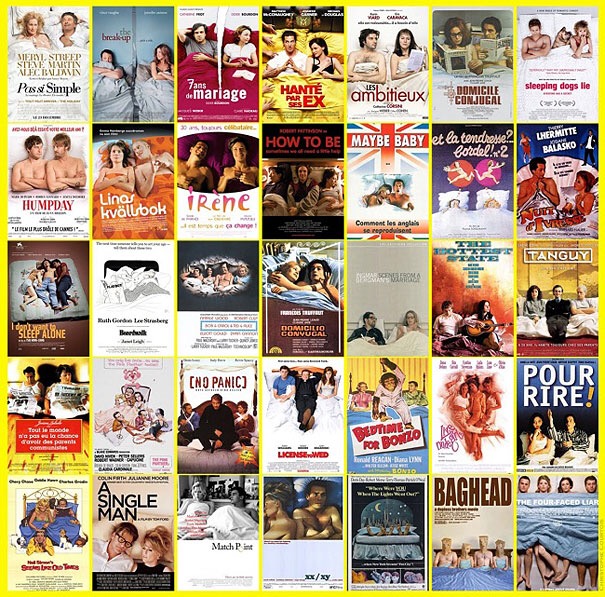 Main characters in a bed (often frowning to each other) indicates that the problems are just there, in the bedroom 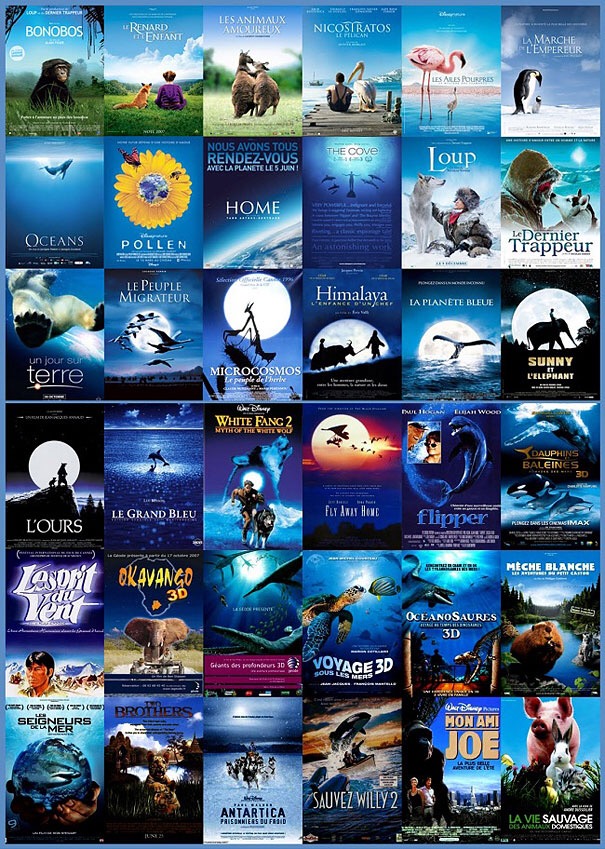 Movies revolving around animals are most likely with blue posters and white letters, add a big moon for drama 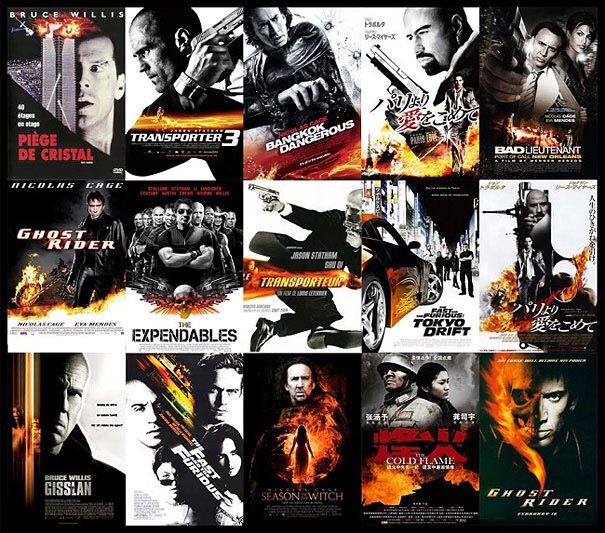 Black and white face and background with coloured flames, this will a packed action movie 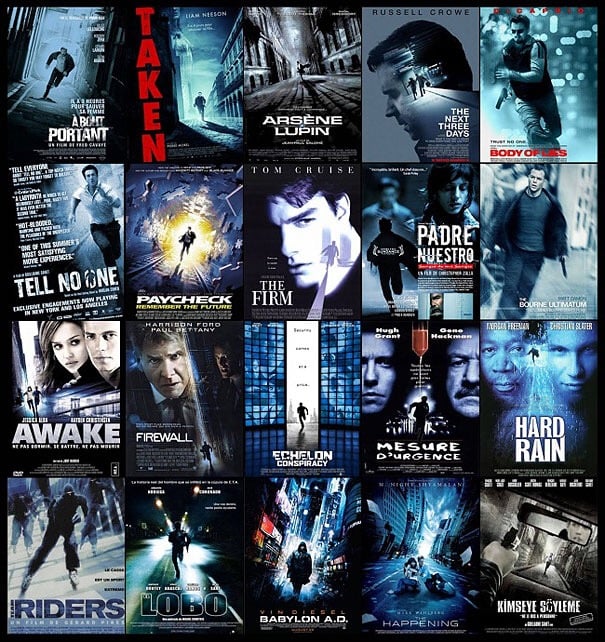 He’s running! But where? A thriller, the blue adds to the suspense as the main lead is unwillingly pulled into a drama in which he needs to discover something 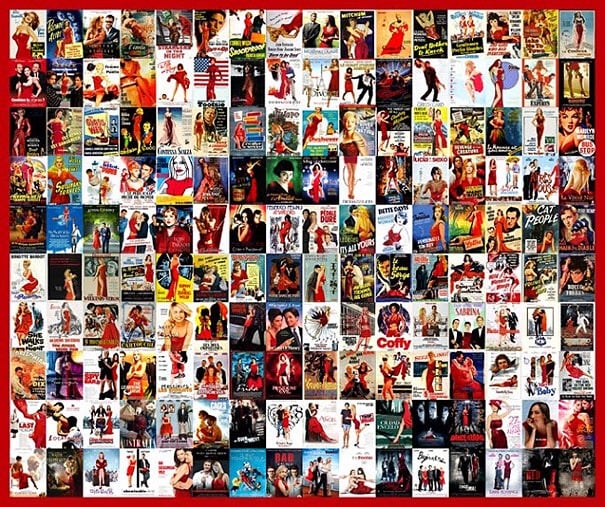 A woman in a red dress, it’s a romcom! 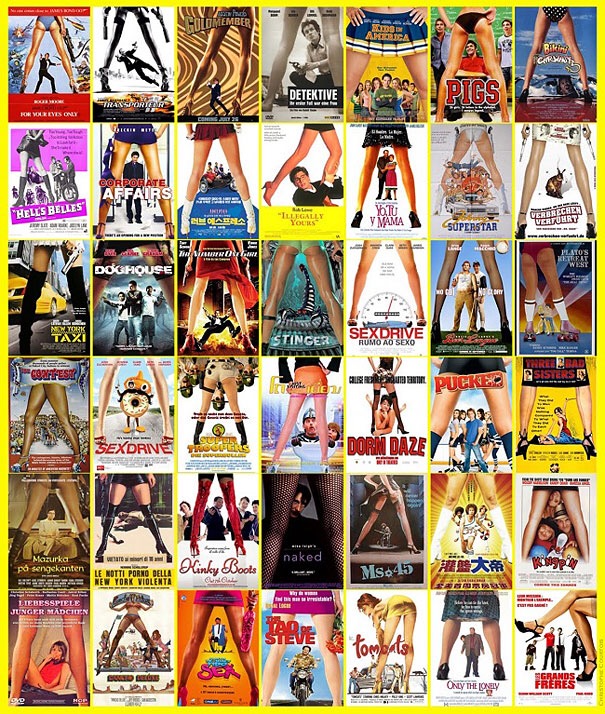 This movie poster signals the movie is about sex, nothing more nothing less 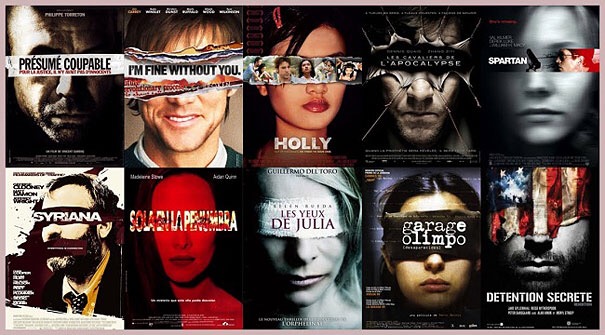 This movie will be about the hero fighting for justice, not only with his fists but up against the bureaucracy/government 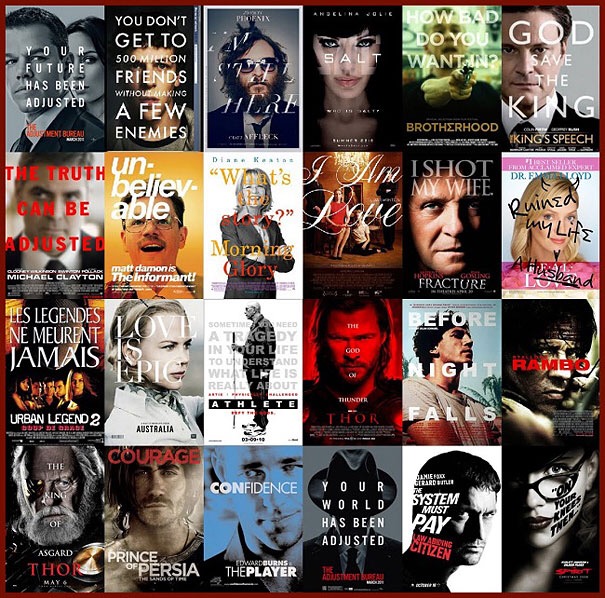 A picture which looks from a booth with the name pasted of it, probably a remarkable non-traditional hero. 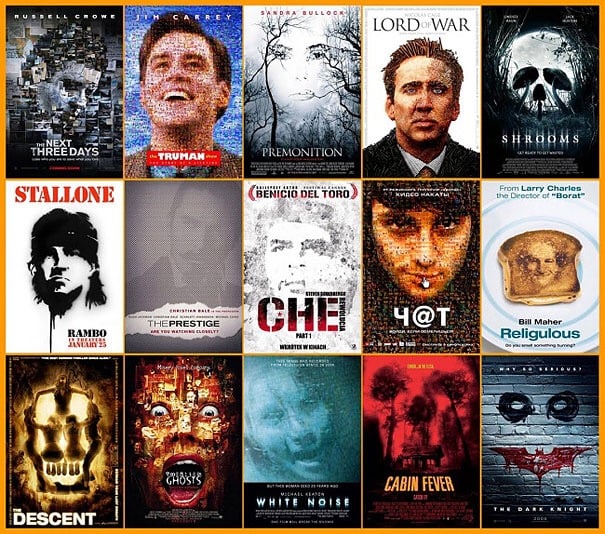 Face made up from several object or pictures. A troubled hero or hero who struggles with his world/principles. 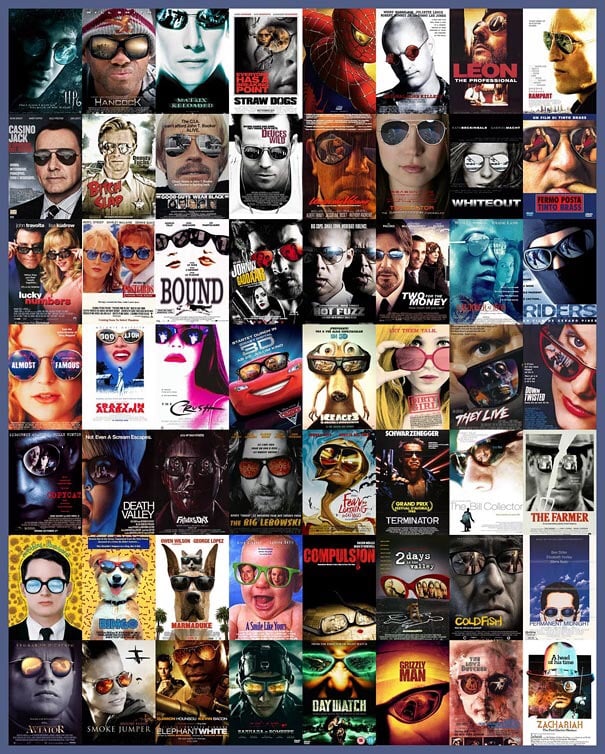 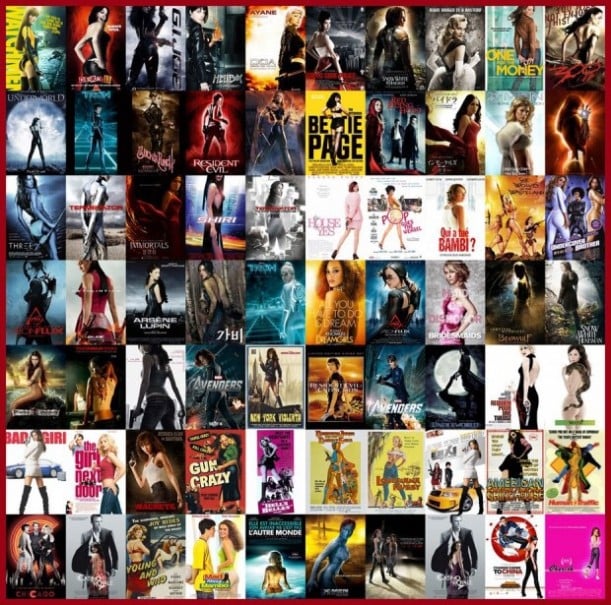 A woman looking over her shoulder, this movie will have a tough / intelligent chick as lead or main role. 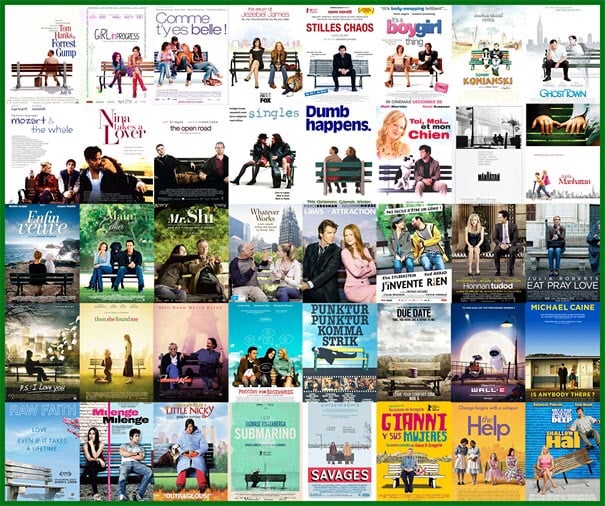 When the main characters are on a bench, the movie will be bout eccentric people. They have a problem but it can be solved with a positive attitude. 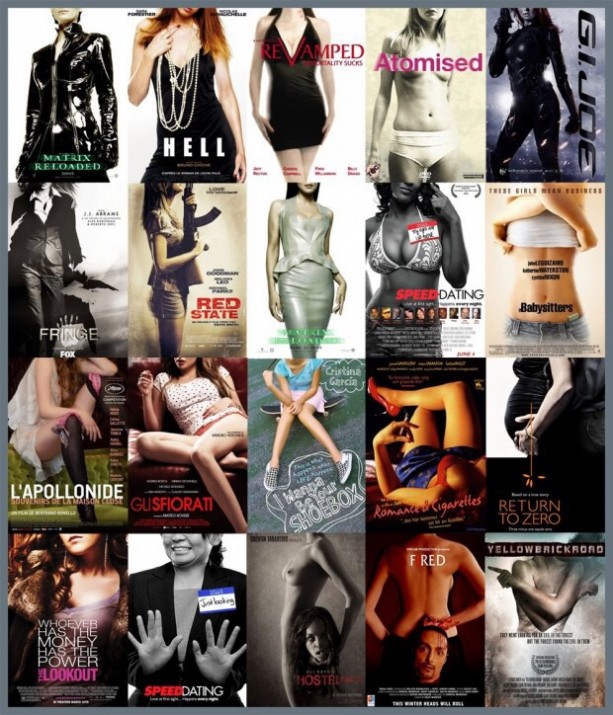 The lead can be tough funny or clumsy, again no real genre but overly used. 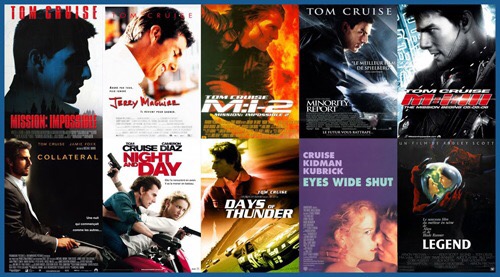 On many of his movie posters the face of Tom Cruise is shown en profile. Can you blame him?