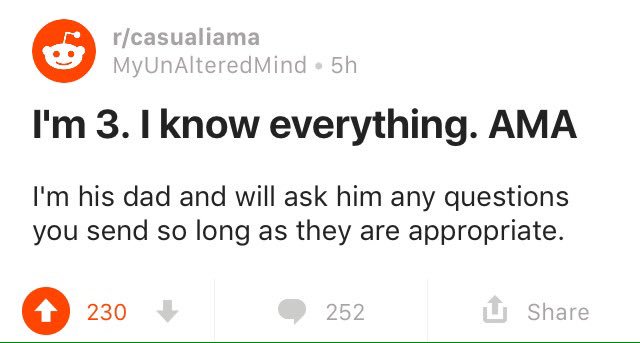 If you want to read the whole thread then head over to Reddit where’s there’s other gems like:

“What’s the biggest thing in the whole world? Bear.” and “Favorite kind of pizza? A good pizza. I love the good pizzas”

The was best ever use of parentheses. Bravo caption writers