“Carrie Fisher’s dog Gary is at Star Wars Celebration and he shat on the floor” notes@Jamesliamcook over on Twitter. 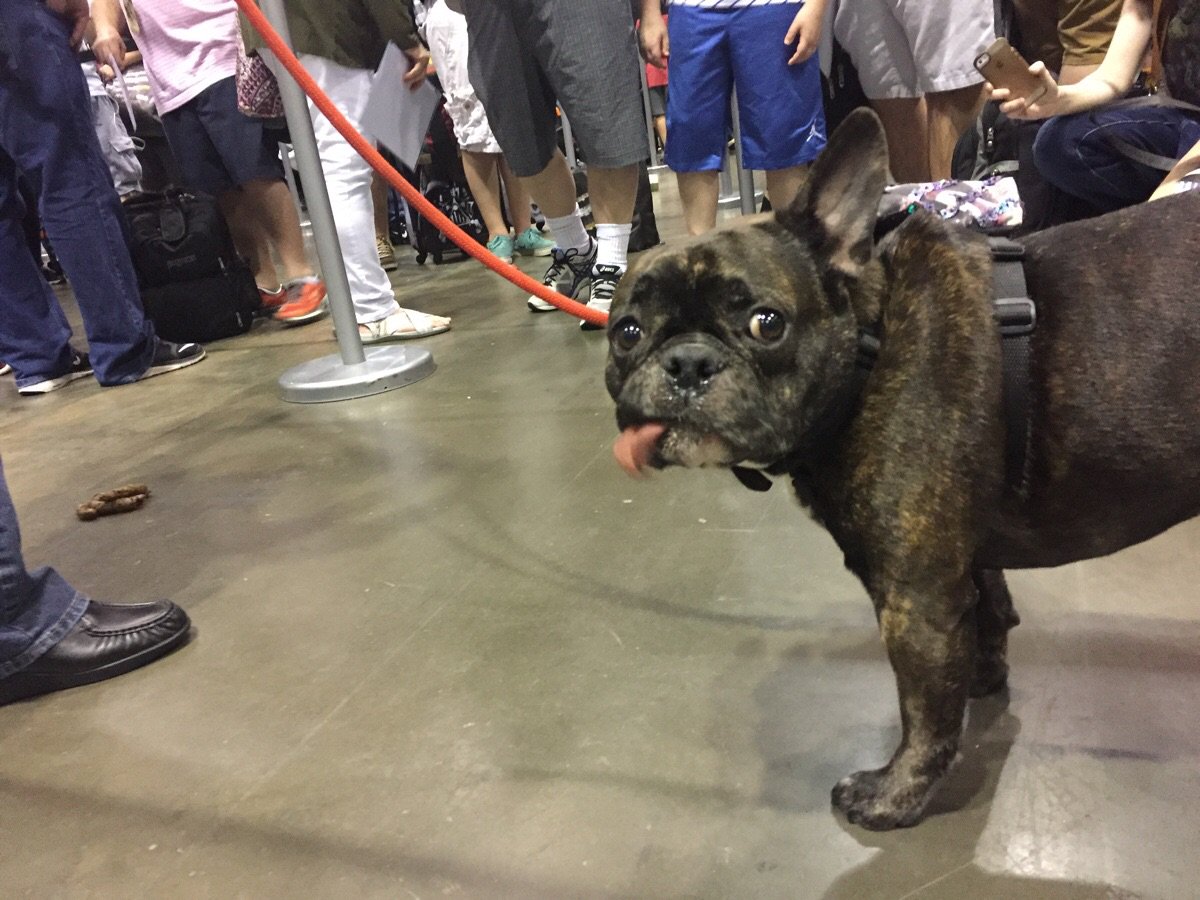 “As Carrie would have wanted” writes @Flourish.

“5000 retweets for a photo of a dog next to a pile of its own shit ” notes @Jamesliamcook.

Actually over 36k retweets and likes as we write this.

But as @Odouglasj says “Somewhere, Carrie is having quite a big laugh about that, I’m certain.”

And @Yakkofan725 agrees: “After Gary took that shit, he looked to the side and saw Carrie’s Force Ghost grinning at him. It was then that he realized he’d done well”

This photo is from the Star Wars Celebration in Florida:

Sounds fun. And all the better with a special present from Carrie Fisher’s dog Gary.