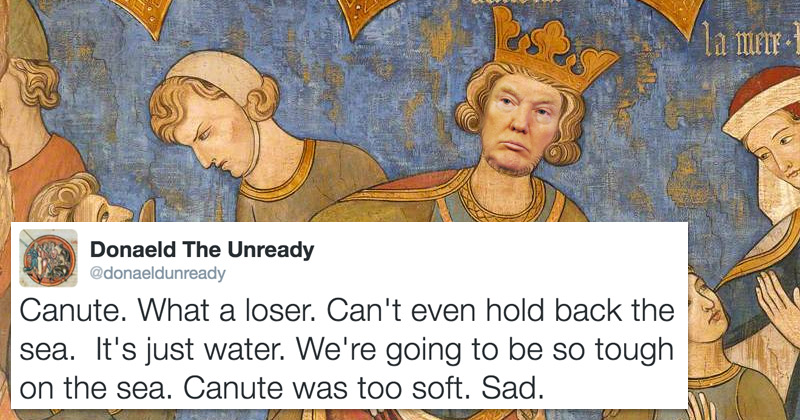 Canute. What a loser. Can't even hold back the sea. It's just water. We're going to be so tough on the sea. Canute was too soft. Sad.

Fake Chroniclers ask Britons about me then pretend it is Mercians. TOTAL LIES. So called "Venerable" Bede is too old. Retire Grandad!

Third Rate "Kings" in East Anglia corrupt! No attempt to drain the Fens. Perfect place for no good Grendal to hide. Get Wise! DRAIN THE FENS

Nobody knows how many illegal Danes, Jutes, Britons, Geats, Norsemen and Frisians are in Mercia. BAD NEWS! Could all be bad guys. Very bad!