Labour MEP Seb Dance is currently holding a sign titled “he’s lying to you” behind Nigel Farage’s back in European Parliament. 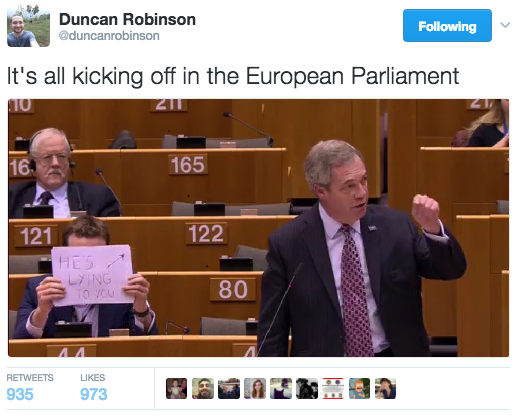 Which is nice to know the Gergman word for troll is trollt. 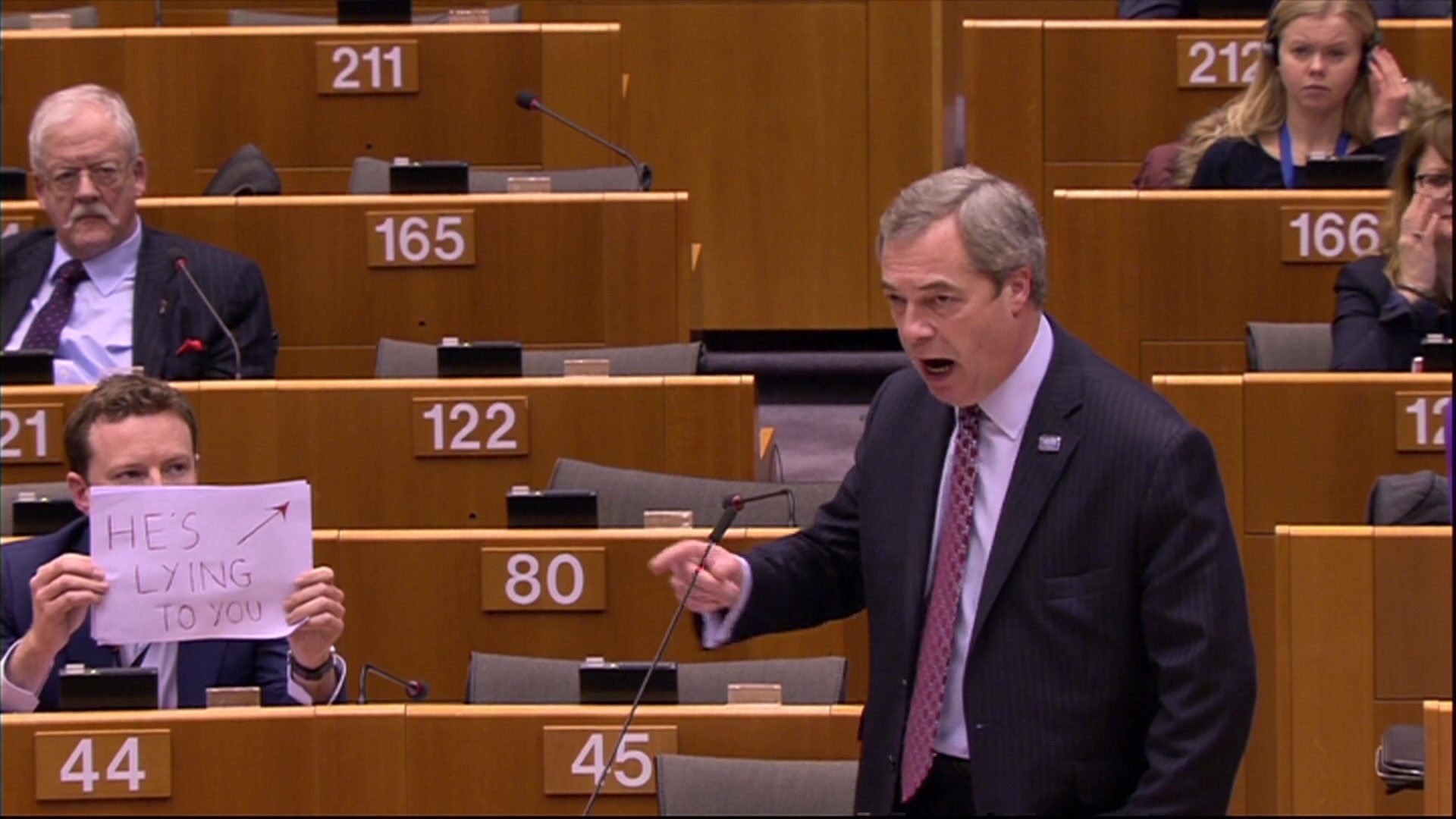 Farage is talking on the US Muslim ban and wearing a Trump lapel.

“Nigel Farage wearing a Donald Trump badge at the European Parliament is the most pathetic thing I’ve seen in my life.” writes @Mangal2. 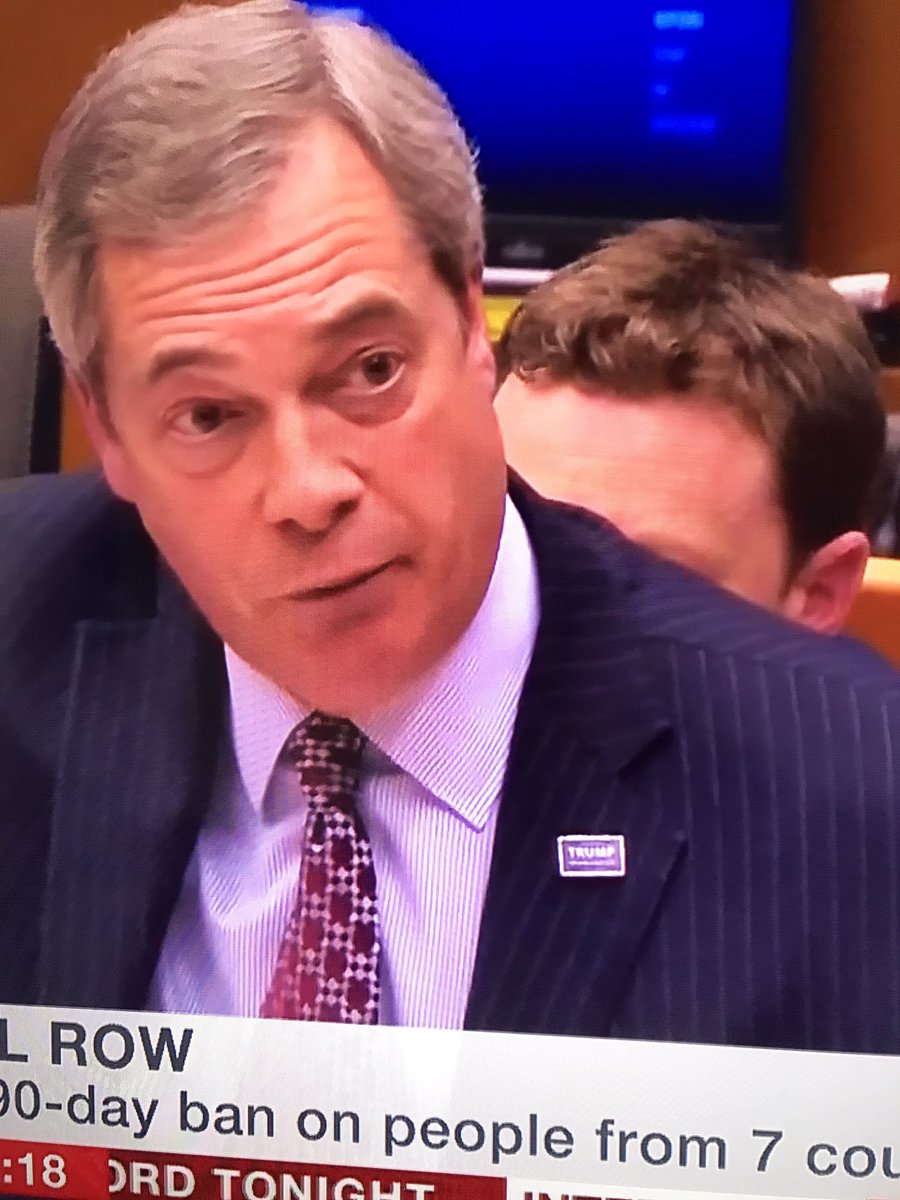 UPDATE: And now we’ve got the video, which as Mirror political editor Mikey Smith says, “Also, if you thought the picture was good, the video is even better.”

“I held the sign up because I am getting frustrated at the lack of challenge to nationalism and populism, and the rules in European Parliament restrict the ability to challenge it.

“We had limited time to debate today, so I protested in the only way I knew how at that point, which was to grab a piece of paper, write a very simple message on it and sit behind Nigel Farage during his usual diatribe.

“The usher came over to gently tell me to hold my sign down but I managed to have it up for most of Farage’s speech.

“Ukip often use these clips in isolation on social media and I didn’t want to give him the chance to use his speech without challenge”.

And as Poke reader @Jontwothreefour says, “How can you tell Nigel Farage is lying? His lips are moving.”