nathys12345 over on Reddit has spotted this sign asking for a graphic designer and says, “At least they’re honest” 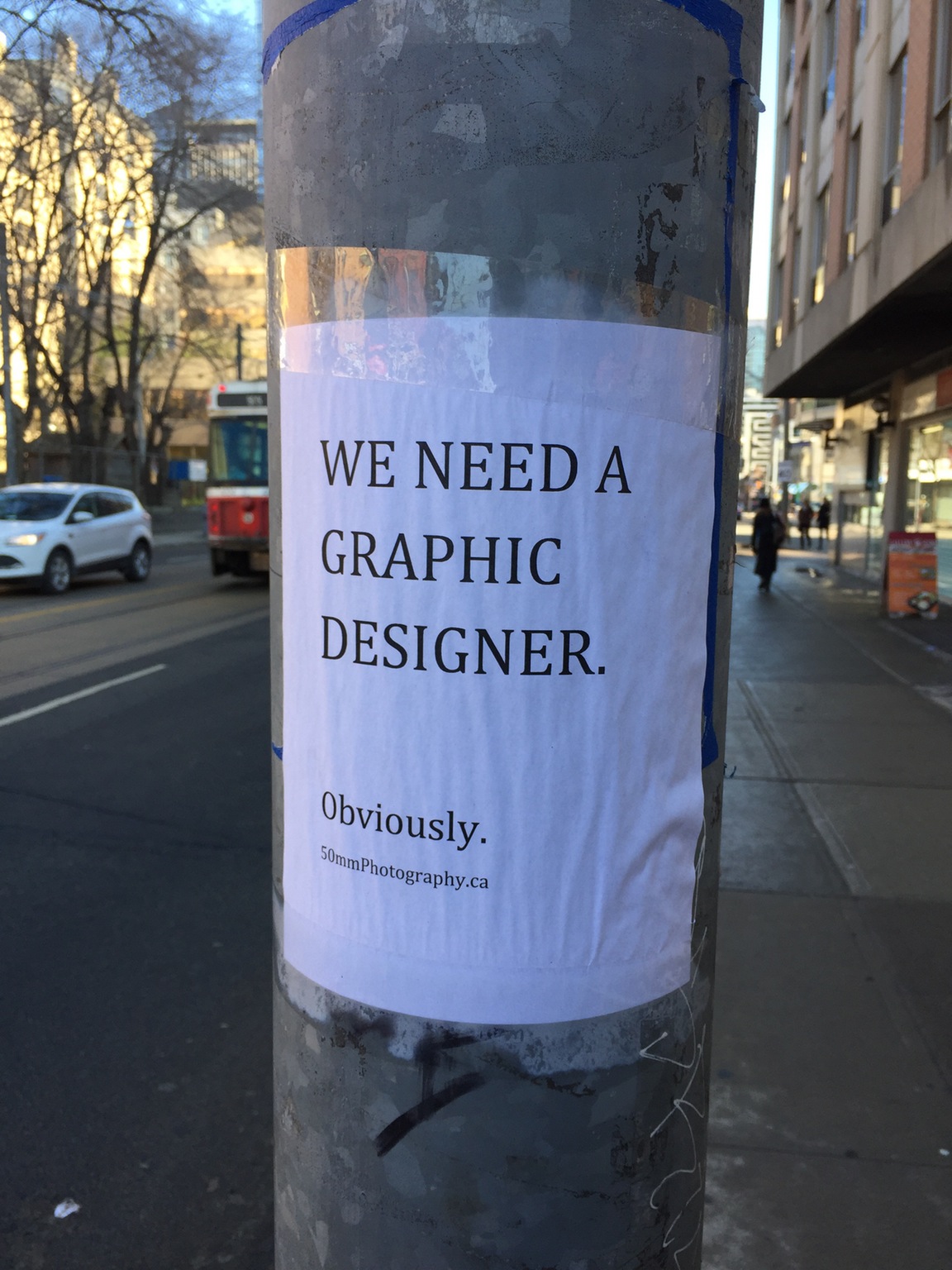 There’s an interesting point about design that’s raised by this – many people think design is about making stuff look pretty – and that *can* be true, but the number one job for design is communication and this sign does that job brilliantly.

A similar trick was pulled by a student newspaper recently: 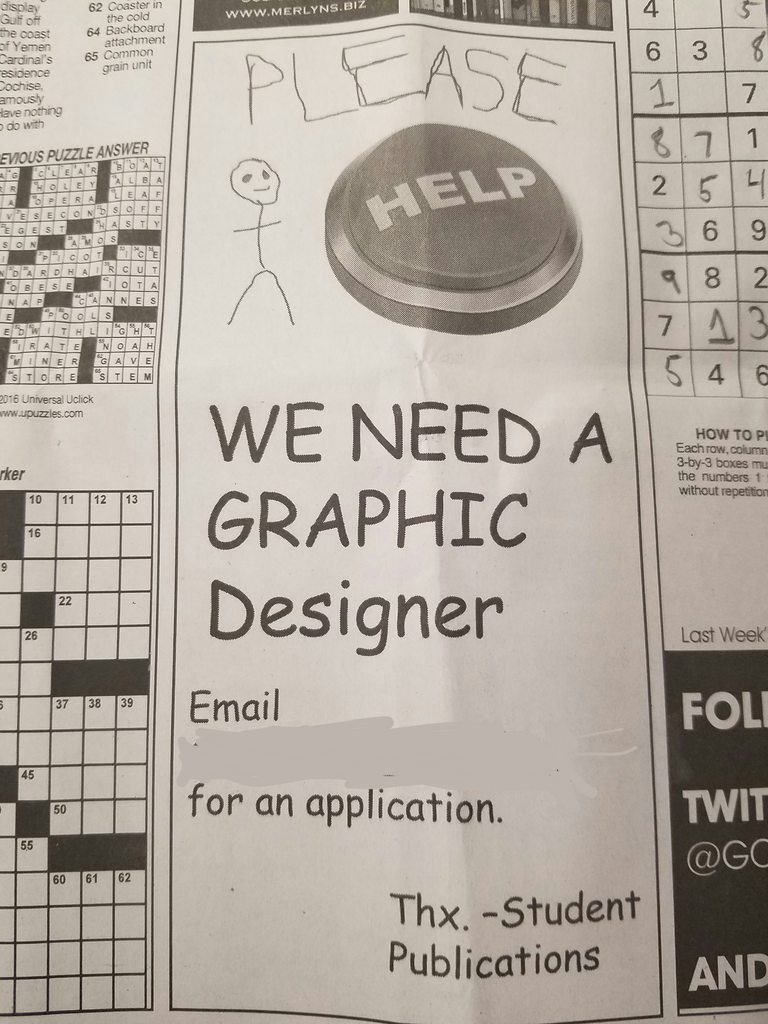