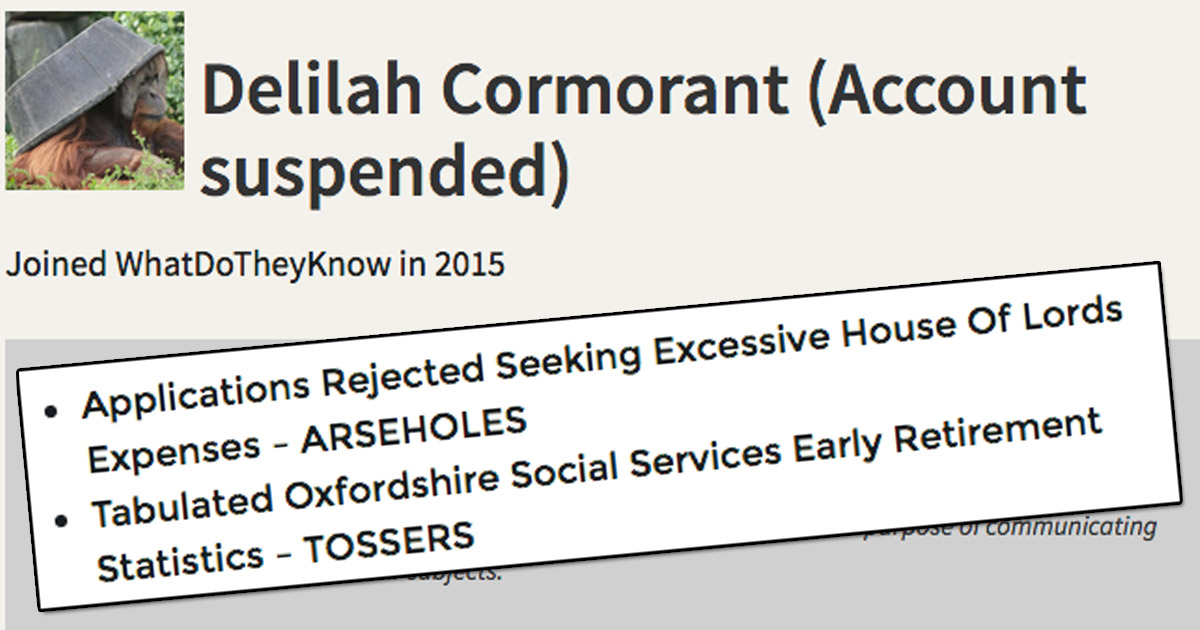 WhatDoTheyKnow is a public service – described on Wikipedia thus:

WhatDoTheyKnow is a site by mySociety designed to help people in the United Kingdom make Freedom of Information requests. It publishes both the requests and the authorities’ responses online, with the aim of making information available to all, and of removing the need for multiple people to make the same requests. The site acts as a permanent public archive of FOI requests made through it.

However a mystery person called Delilah Cormorant has been banned from the service for sending requests with rude acronyms. 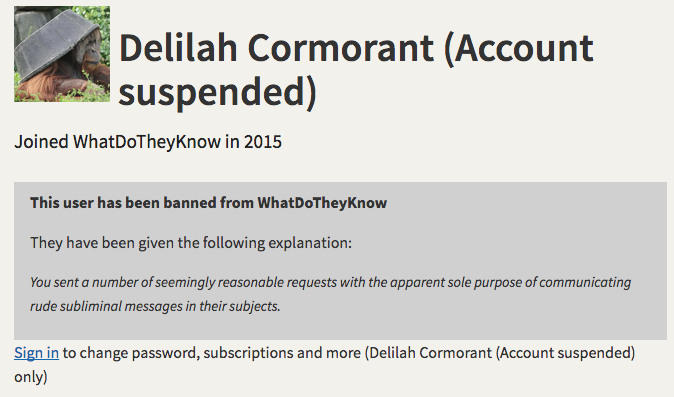 Just read out the first letter of all of these: 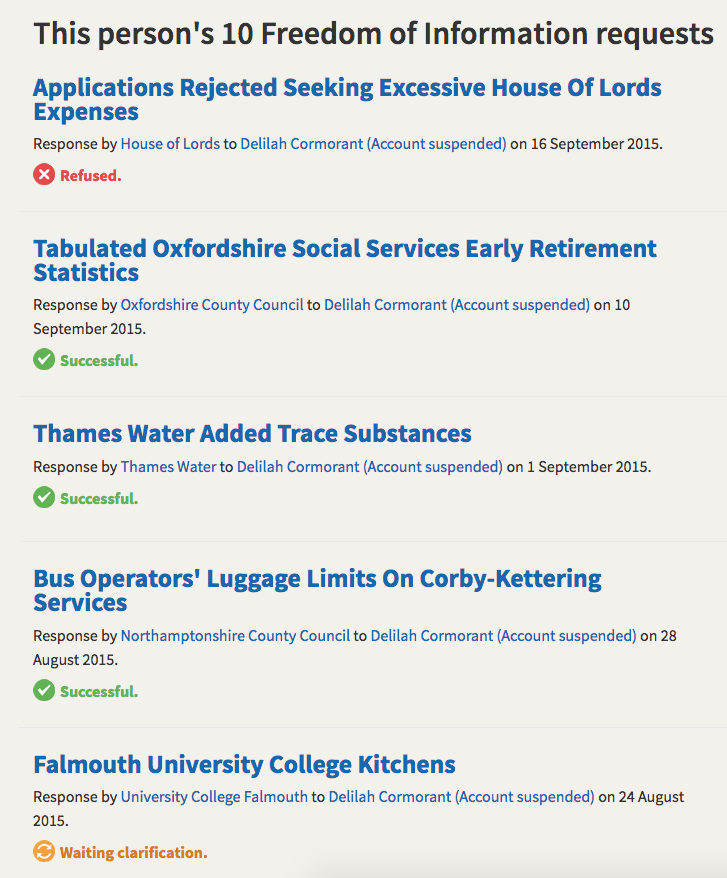 And the first letter of all of these: 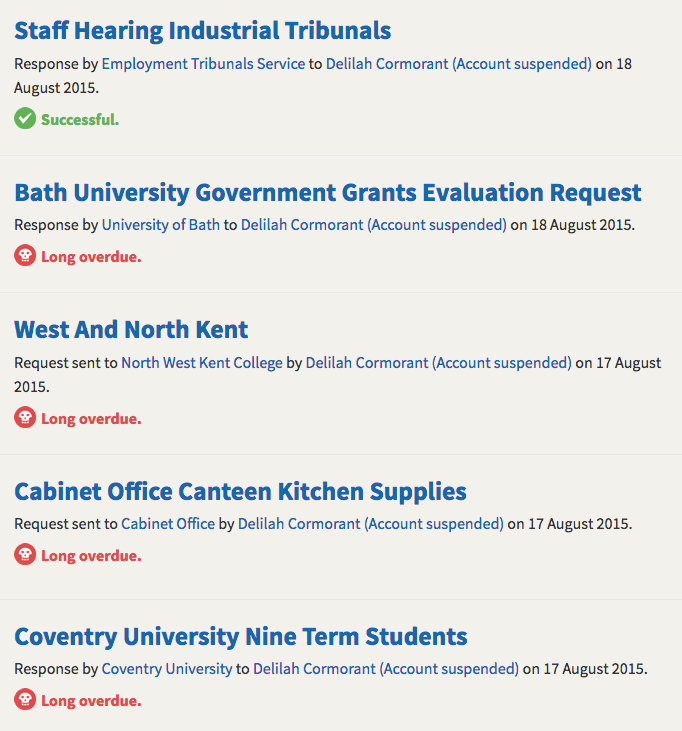 If “Star Wars: Rogue One” posters were based upon idiotic comments from the Daily Mail

Women! This is how the F.A plans to get you into football