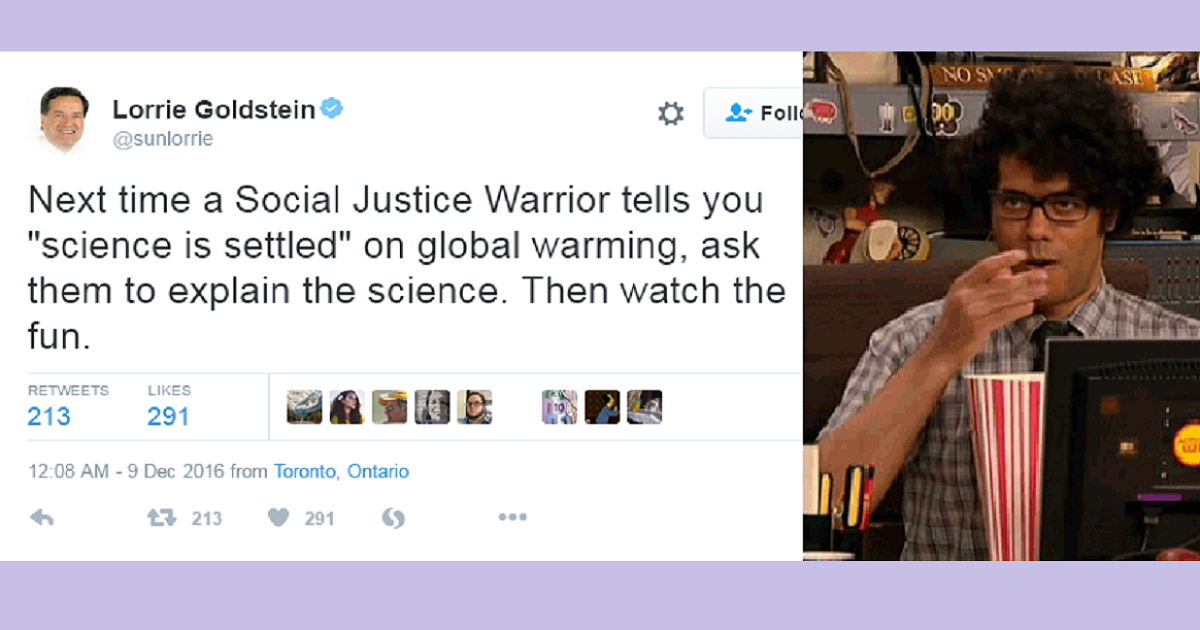 Lorrie Goldstein, climate change skeptic and writer for the Toronto Sun, posed a challenge to those who believe that global warming is man made – ‘social justice warriors’, as he puts it – to explain the science behind the phenomenon. Fellow Canadian writer, Karen Geier, took up the challenge and the screenshot of the exchange has been shared more than 37 thousand times on Twitter. Here’s what happened.

“Next time a Social Justice Warrior tells you “science is settled” on global warming, ask them to explain the science. Then watch the fun.”

And Karen Geier sent this series of replies. 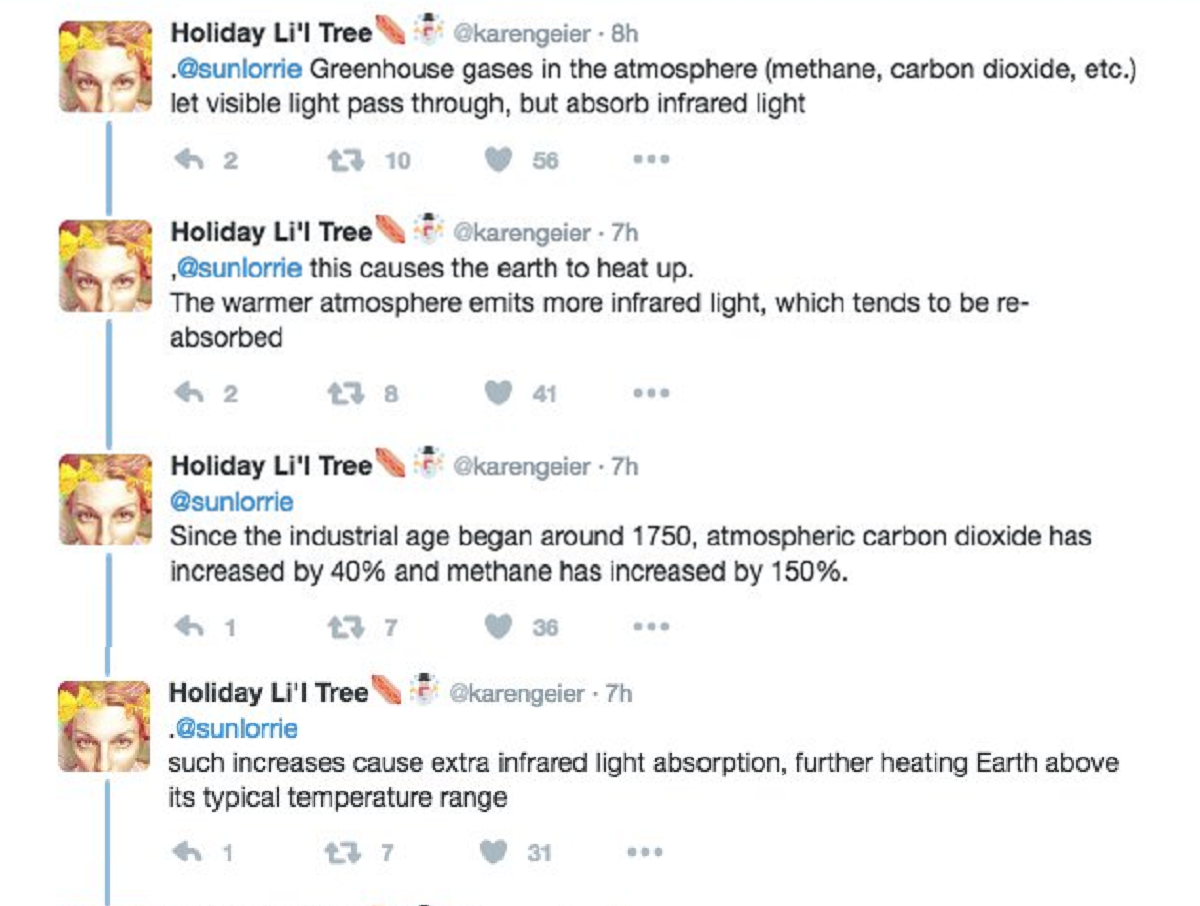 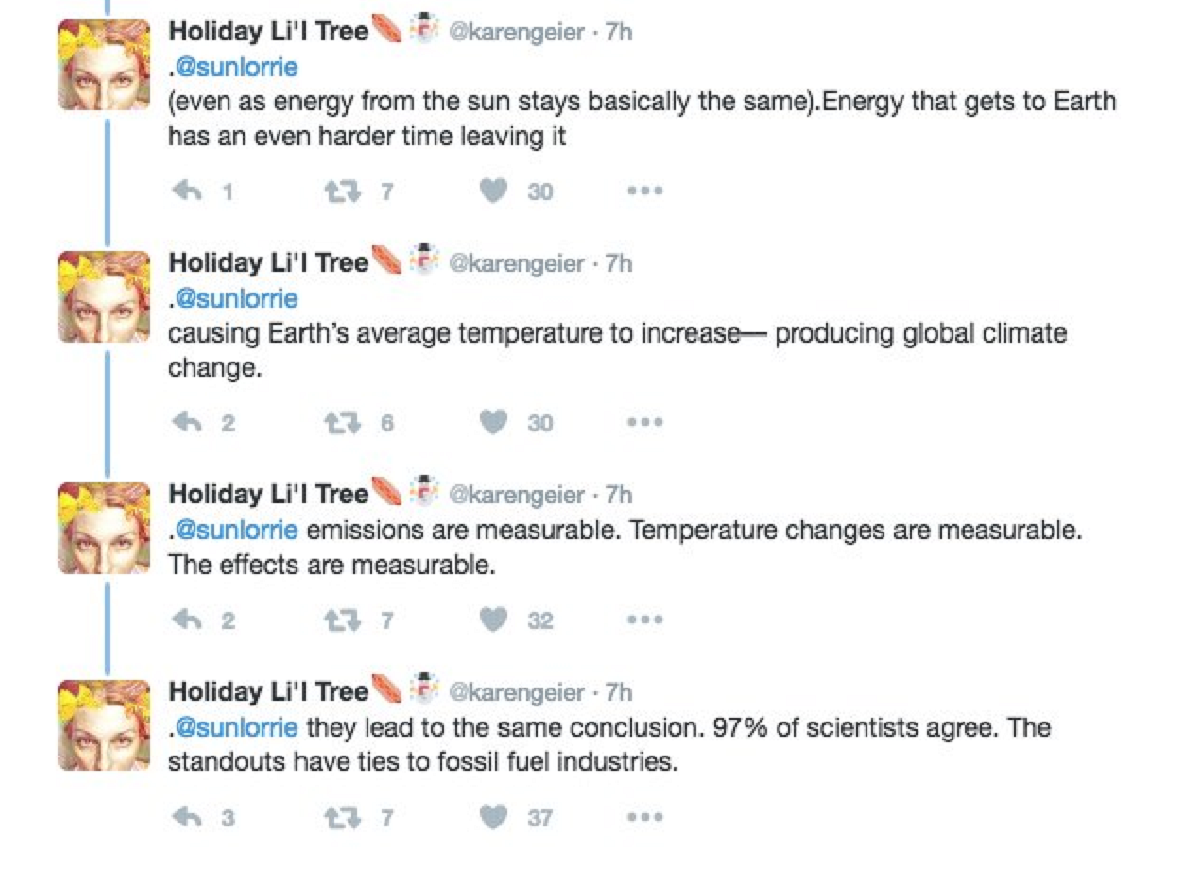 This causes the earth to heat up.
The warmer atmosphere emits more infrared light, which tends to be re-absorbed

Such increases cause extra infrared light absorption, further heating Earth above its typical temperature range (even as energy from the sun stays basically the same).

Energy that gets to Earth has an even harder time leaving it causing Earth’s average temperature to increase–– producing global climate change.

They lead to the same conclusion. 97% of scientists agree. The standouts have ties to fossil fuel industries.”

For good measure, she also commented “there you go, you colossal donut.” and the final untreatable burn, “I mean, I’d tell you to read, but you’re the editor of a paper designed for illiterates”
The only thing missing was this:

Yet another Canadian writer, the eagle-eyed @cfhorgan, spotted this beautiful exchange and captured a screenshot of it, which he posted with the words “y’know you’re right, that *was* fun to watch.” We’re just not sure that was the kind of fun Lorrie Goldstein was hoping for.

What to do when you accidentally swipe right on Tinder

People have shared how 2016 has affected them: the 13 most devastating tweets