Strumpshaw, Tincleton & Giggleswick sell maps for your wall – sweary, rude maps being their speciality and this one is a corker.

Just check out the detail: 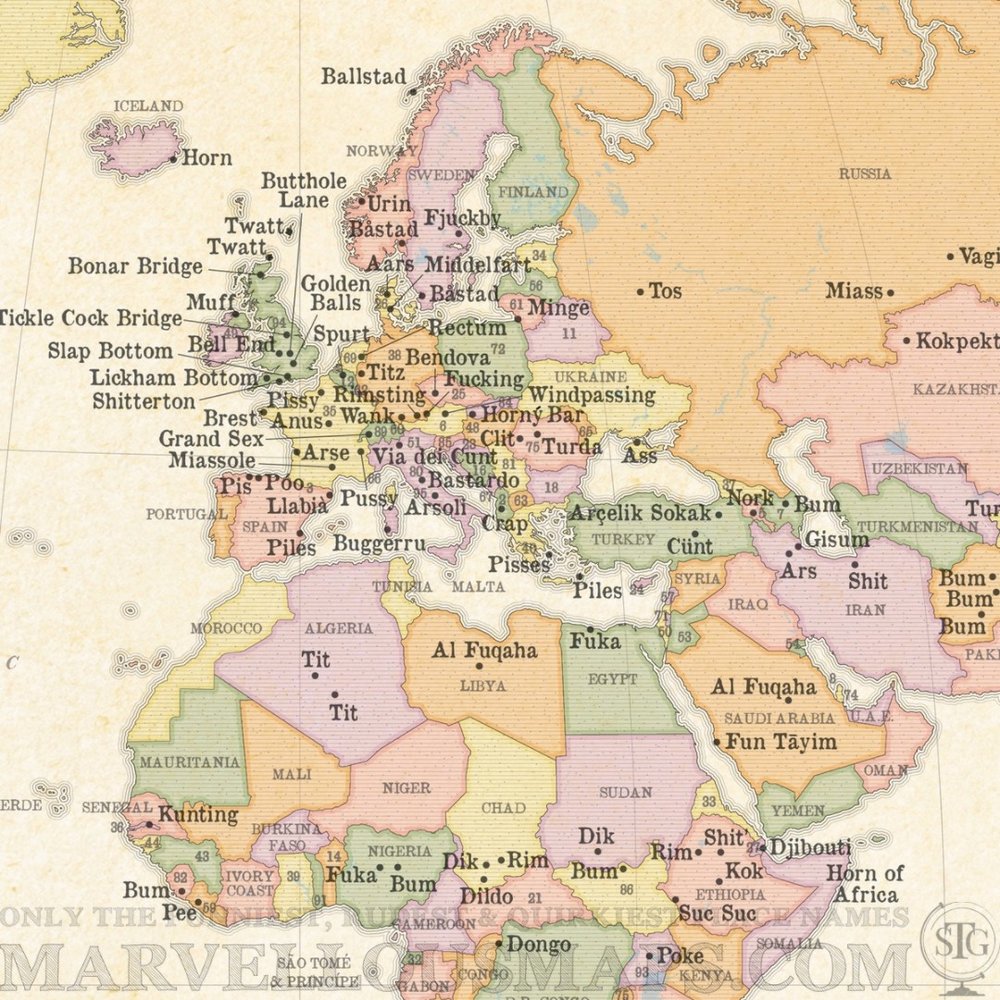 From the Bums of Afghanistan and the Twatts of Britain, to the Knobs of Australia and a pair of Tits in Algeria, via a Brazilian Varginha and a Philippine Sexmoan, the world is strewn with rude, lewd and innuendo-laden place names.

The Magnificently Rude Map showcases over 200 of them, including: 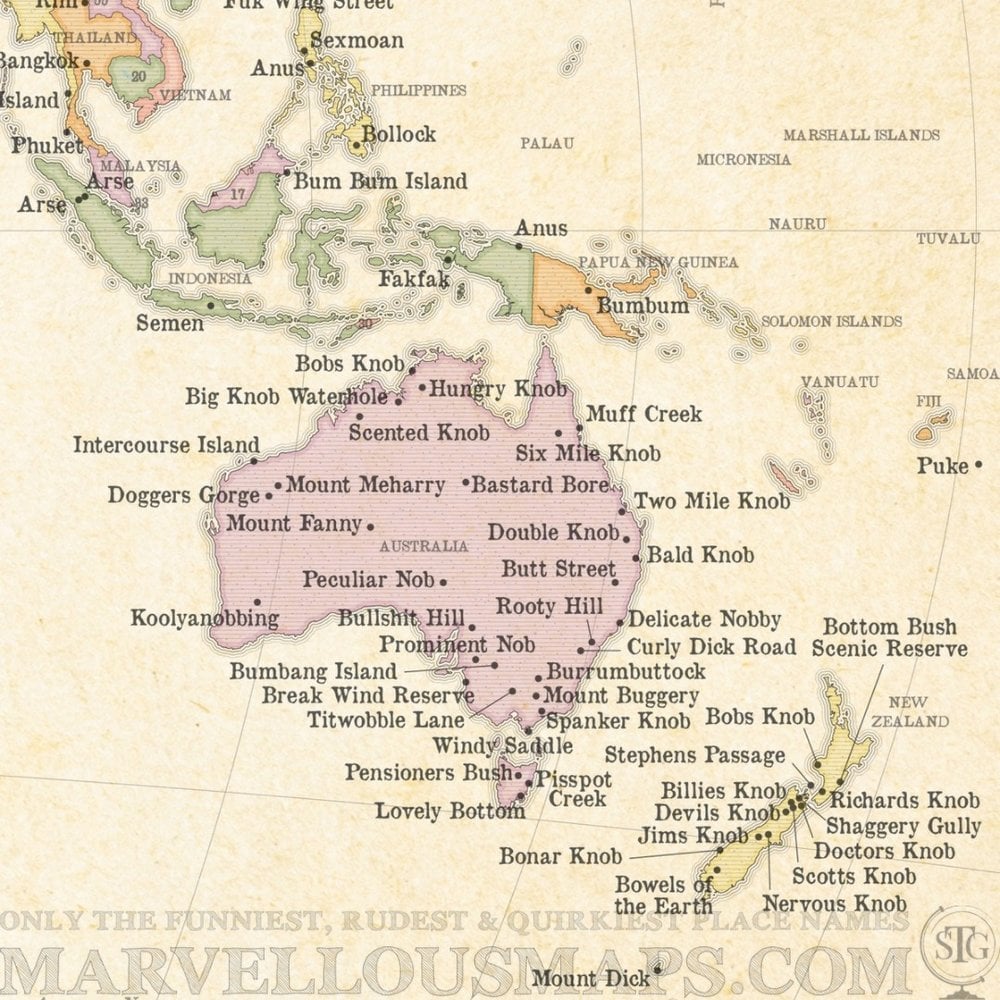 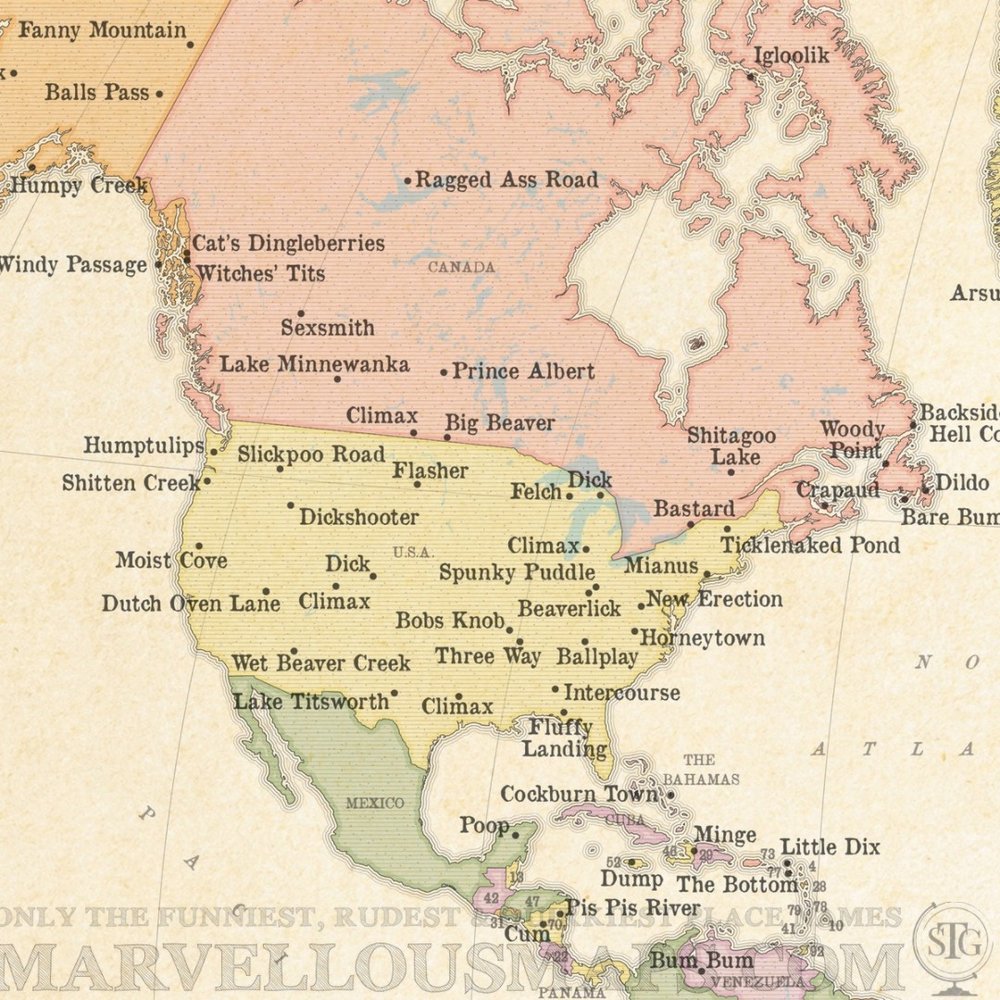 Apparently about £18 on the site:

This map of every pub in the UK is somewhat reassuring