Ol’ Jez has been on the cyber-pills and spitting out technobabble in his latest statement: 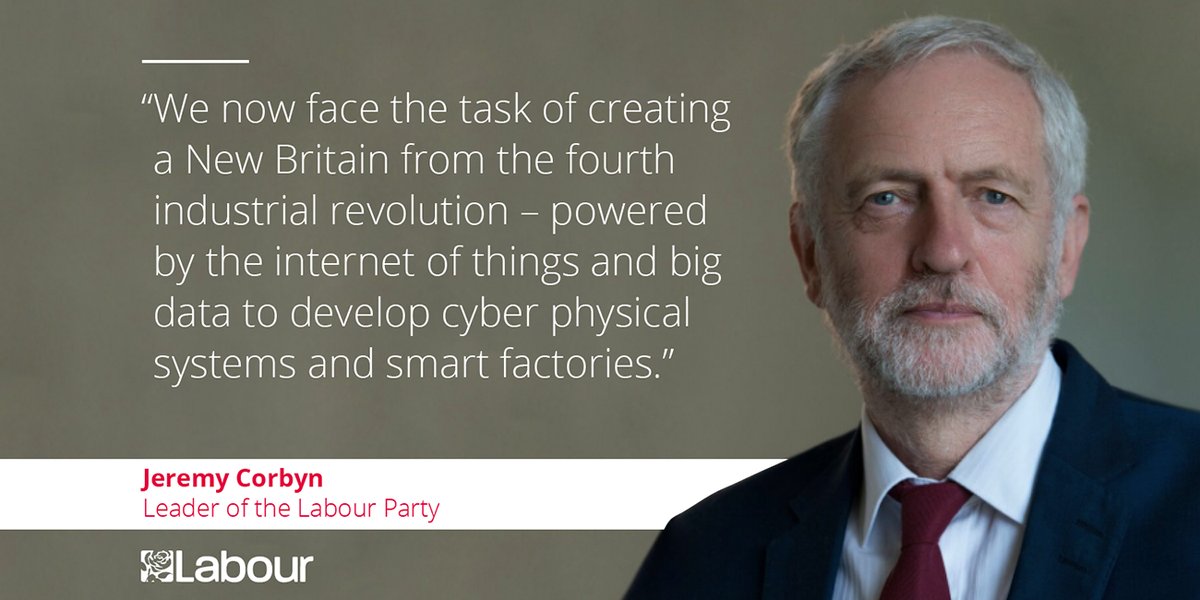 We now face the task of creating a New Britain from the fourth industrial revolution – powered by the internet of things and big data to develop cyber physical systems and smart factories.

This stuff is meant to communicate and there’s 5 terms in this one sentence that are possibly unfamiliar or vague to an audience that isn’t immersed either in both technology and politics:

As @PaulbernalUK says, “Has Jeremy Corbyn been replaced by a random word generator, using a database from a bad PR company?”

The thing is Corbyn is kinda right: the left has to find away to project a positive future that isn’t just criticism of the status quo, and the technological-genie is not going back into the bottle.

Hey @jeremycorbyn I made your pic look even more tech-savvy pic.twitter.com/xHxpLle25g

5. And @Hrtbps went to town with THREE images and says “I fixed those Corbyn quotes to make them more understandable.”

But seriously, if Jeremy Corbyn could just speak a bit more clearly and go, “we need to use technology to build systems for the common good instead of just enriching the elite few” then maybe we wouldn’t be looking at him with mockery and blank incomprehension.

next story
Breaking News: 'He did say please'