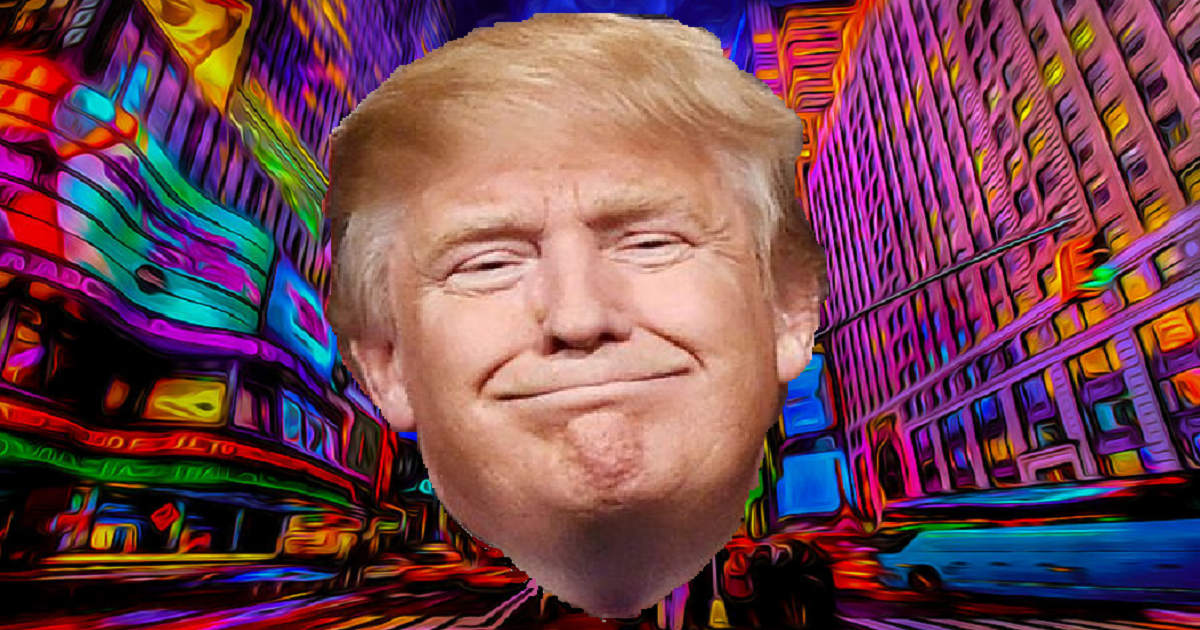 It seems that one of Donald Trump‘s many failings is that he just isn’t mellow enough and look at the trouble that’s been causing. All that wall-building, pussy-grabbing and ranting isn’t good for anyone, so somebody came up with a possible solution. A person named Buffi Young started a petition on Change.org with the title “Force Trump to eat shrooms until he realises we are all one.’ 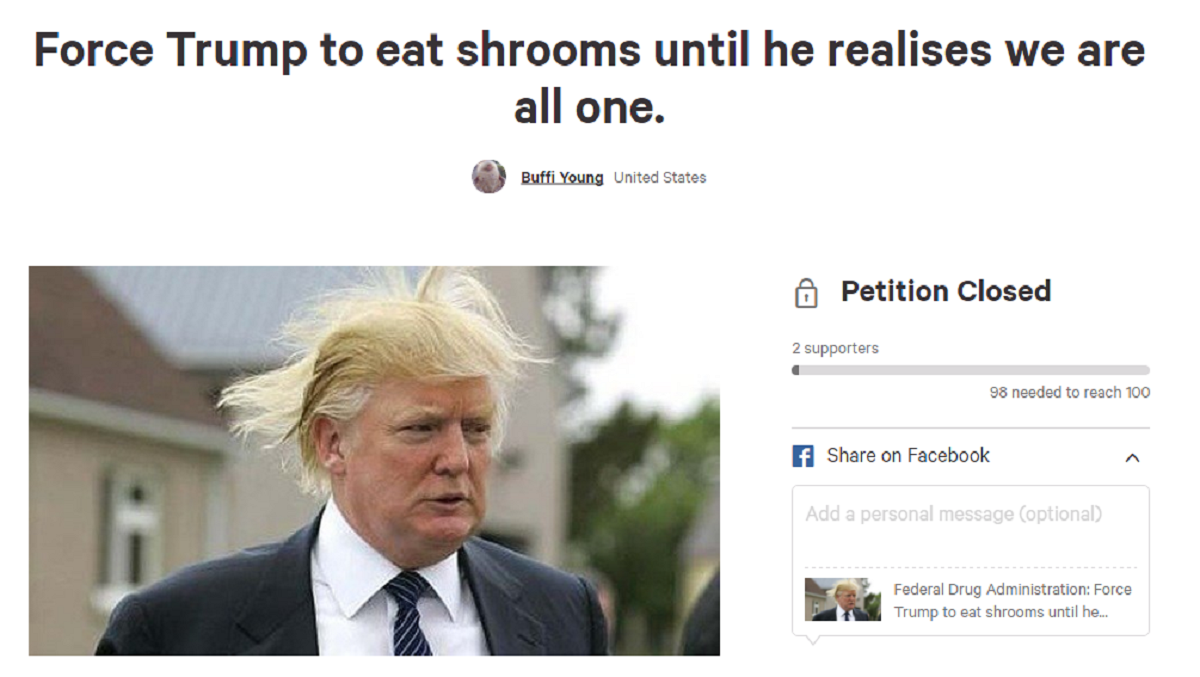 Sadly, yet unsurprisingly, it was almost immediately closed down, but Buffi‘s reasoning is still there for all to see. They wrote:

“Everybody should shroom at least once in their lives. Donald Trump is probably going to need more than the majority of the population for the effects to get past his coke addled brain.

I propose that not only Donald Trump, but every politician, explore some cow patty delights. Less war, less corporate bailouts, more love for everyone of all races and gender (no, Donald , grabbing the pussy isn’t the same as love) will do away with the deficit and put more money in the pockets of the American people (is that money in your pocket or are you just happy to see me?)

If you believe we are all one, that we are stardust and we are golden, please sign. This petition will go to the Federal Drug Administration as I’m assuming they are the ones who have the most experience administering drugs.”

Now, we in no way condone illegal drug use, but you have to admit that this was definitely thinking outside the box.