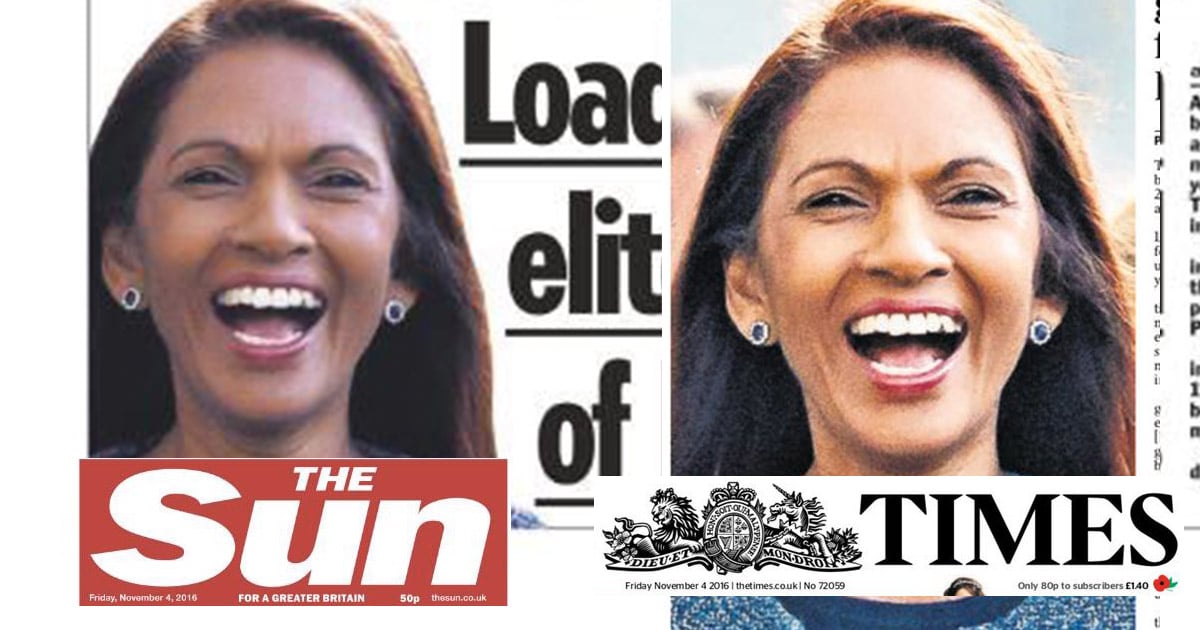 @Crookedfootball over on Twitter says, “Look how the Sun has darkened Gina Miller’s skin compared to the Times” 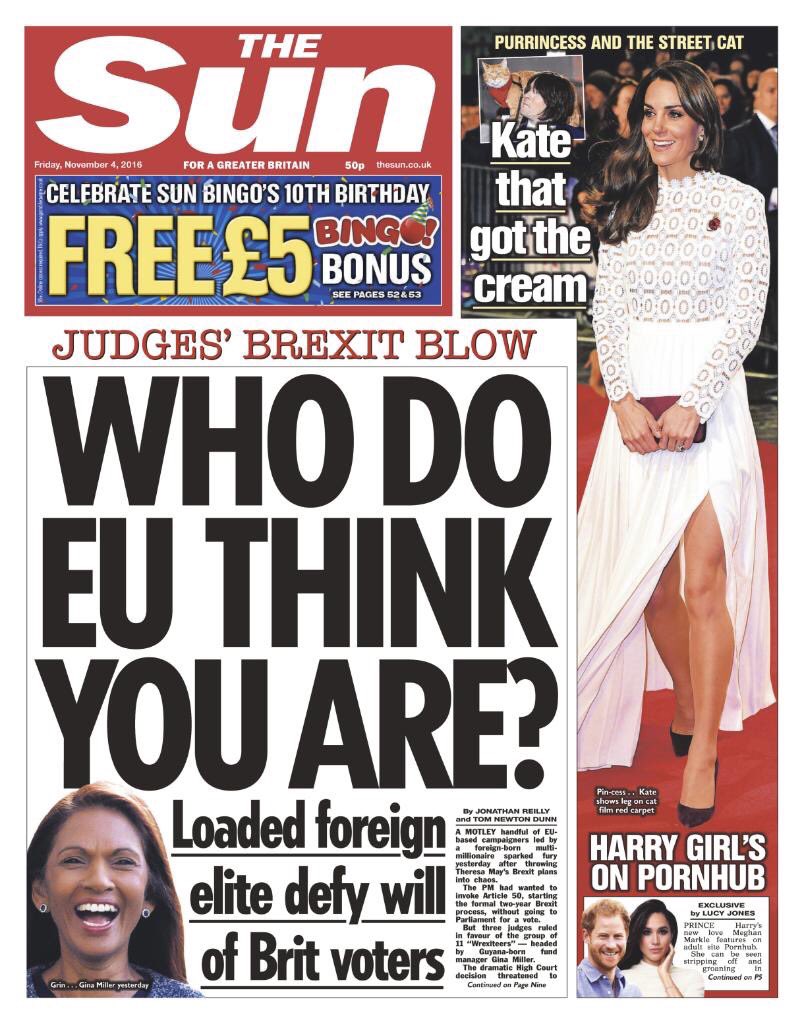 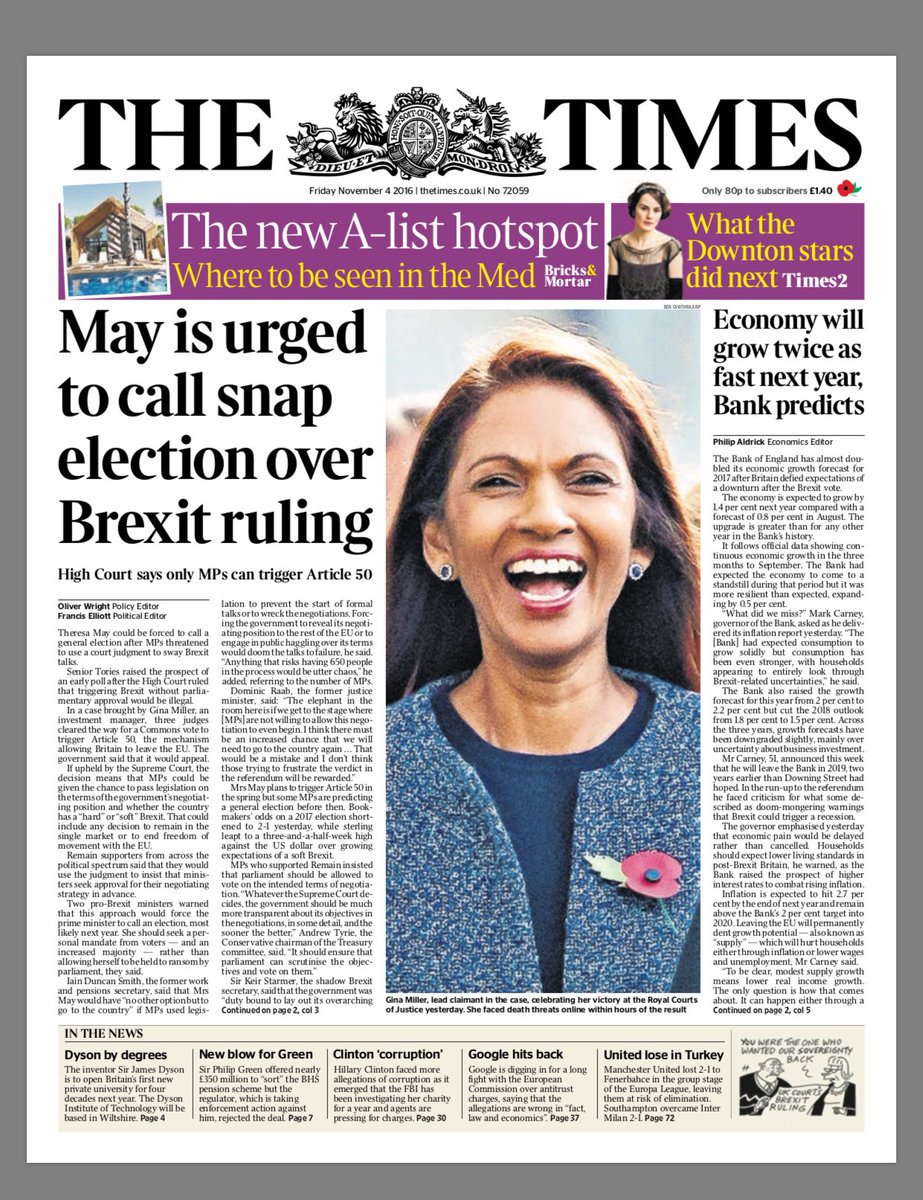 And this news has travelled widely – getting over 3000 retweets and likes on Twitter.

But obviously this could be just web bollocks so @Ajjolley has checked the paper versions next to each other: 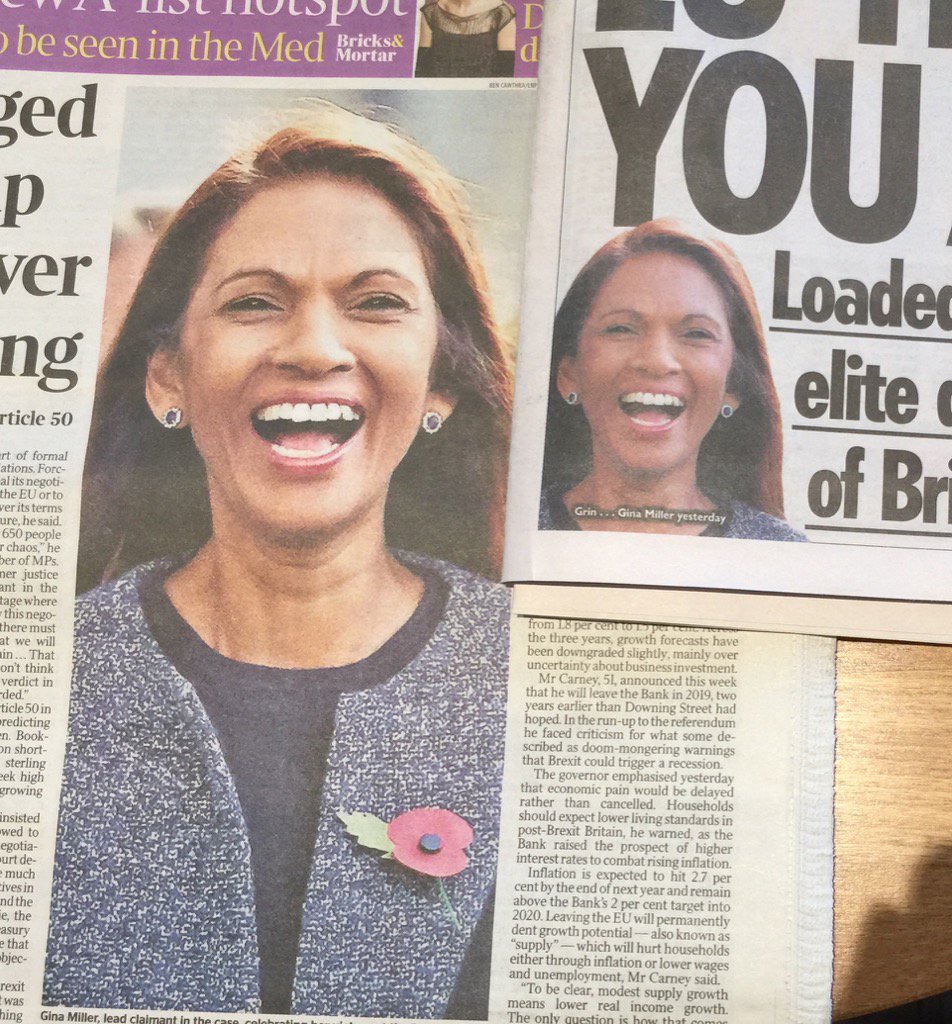 However @CaeruleanSea says, “as much as I loathe the Sun, the Times have upped the exposure on their pic. Google pics from that speech.”

And yep – he has a point: look at the BBC coverage 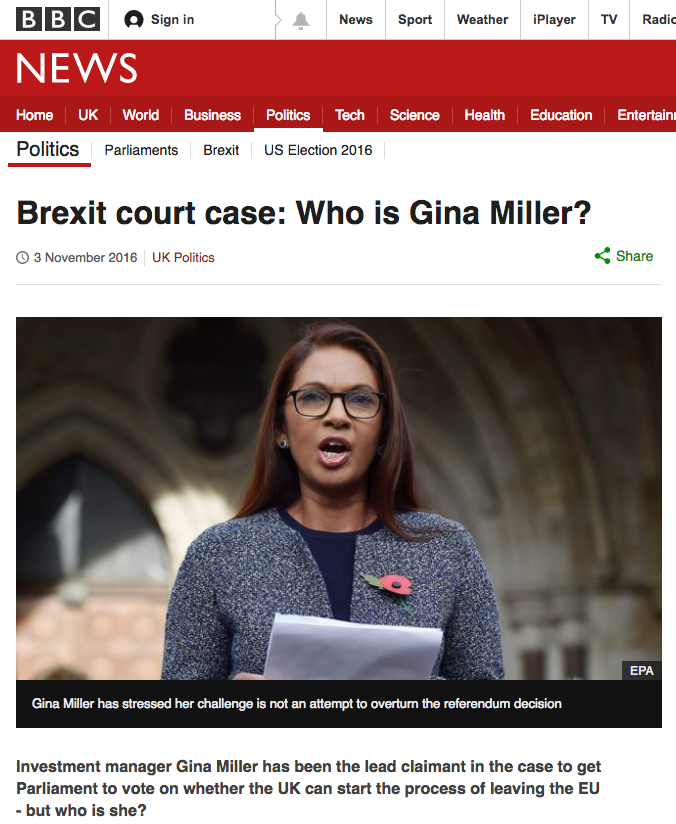 In conclusion: the media has sent us all so entirely mad, that we’re now checking how dark people are in Photoshop.

Update: And here a Times Night reporter Duncan Geddes confirms that the Times lightened it:

Is this the most unsatisfying video in the world?