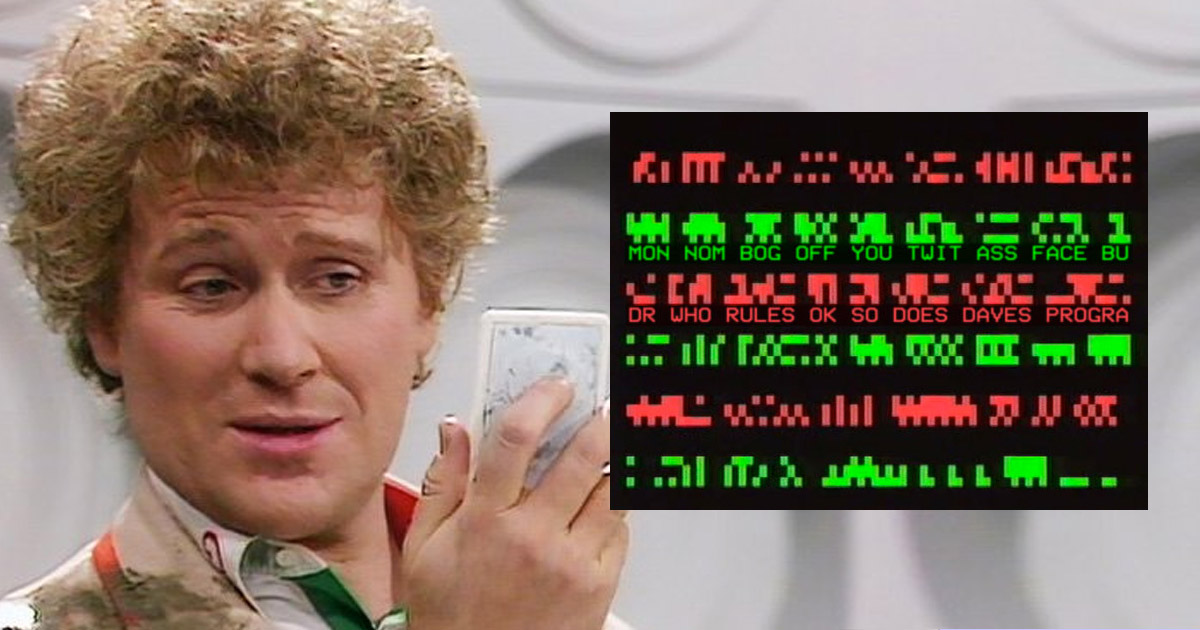 Redditor wonkey_monkey has discovered an extraordinary thing in the 80s era episode of Doctor Who, The Twin Dilemma. 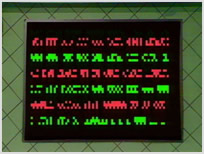 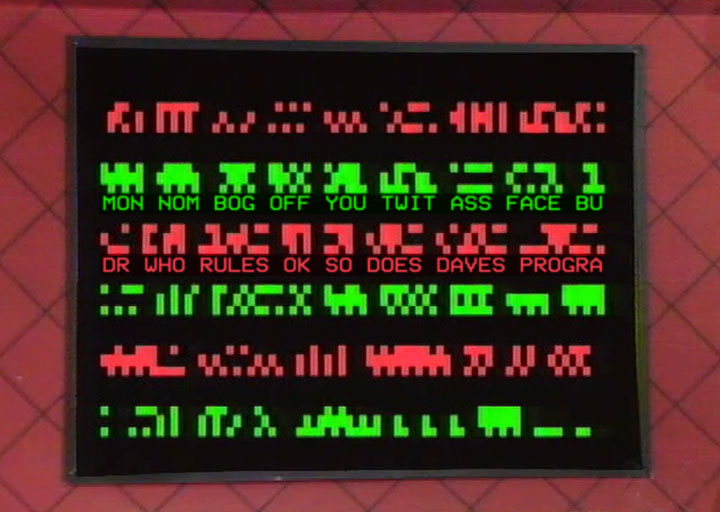 Yep, the BBC broadcast, “BOG OFF YOU TWIT ASS FACE”

wonkey_monkey over on Reddit writes, “There’s a secret message hidden in The Twin Dilemma”

There is a secret message hidden in plain sight in Colin Baker’s first episode, *The Twin Dilemma*.

There’s a scene near the start of part 1 where the two weirdo twins are playing what is apparently some complicated mathematical game. In actual fact, it’s some simple graphics knocked up – as were many of the graphics of that time – on a BBC Micro computer.

It uses “mode 7,” otherwise known as Teletext mode, which will be familiar to anyone who grew up with British telly in the 80s and 90s. Teletext was a digital text service broadcast in the hidden lines of analogue TV pictures, and allowed semi-interactive access to news, sport, TV listings, on-screen subtitles and such (and even, for those sufficiently equipped, computer program downloads).

Anyway, the BBC Micro was specifically designed to include this mode, and it allowed simple blocky graphics by typing in a certain control code followed by certain ASCII characters. A 2×3 block would appear instead of the ASCII character.

That’s what was used to generate the graphics in *The Twin Dilemma*. Many, *many* years ago, I decided to have a go at decoding the block graphics back to ASCII characters, and was astonished to find it wasn’t just random text. There was a hidden message!

I present to you below the two most interesting lines, decoded into ASCII:

What really blew my mind at the time was that, as my name is David and I had written a computer program to decode the message (either on my BBC Micro or an Acorn A3000, I can’t remember which), for a brief moment my brain toyed with the idea that the message was for *me*.

Until I remembered that the the video effects guy on *Doctor Who* was Dave Chapman.

So there you go. Hidden for 32 years (well, less than that, it’s been at least 20 years since I first uncovered it) but finally revealed.

TL:DR; *The Twin Dilemma* has a slightly rude message from the video effects guy hidden in some on-screen graphics.