Zombie Boy, who holds a Guinness World Record for most bones inked on a human body, gave Londoners a fright this morning as he was spotted at commuter hotspots across the capital to promote Thorpe Park’s new Halloween attraction. 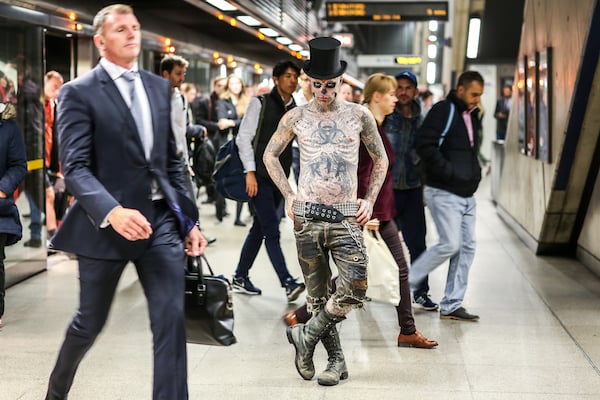 Canadian born Zombie Boy has 90% of his body covered in tattoos with a value of over $20,000 in total, including an entire skeleton and skull on his face, visited Canary Wharf, Oxford Street and Soho. 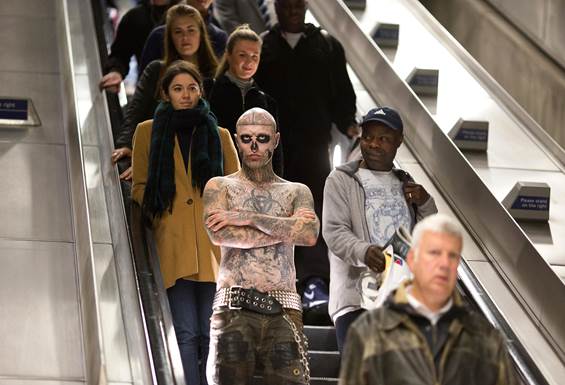 James Walker, marketing director at Thorpe Park Resort, said: “This year we have added star power to our Fright Nights line up with the addition of the world’s scariest looking man – Zombie Boy. He is the poster boy for Halloween and he will be working with us to ensure we deliver some serious scares.

Thorpe Park Resort are celebrating the 15th anniversary of Fright Nights and launching PLATFORM 15 – a terrifying new live action maze set in the Park’s woodlands for the Halloween season.