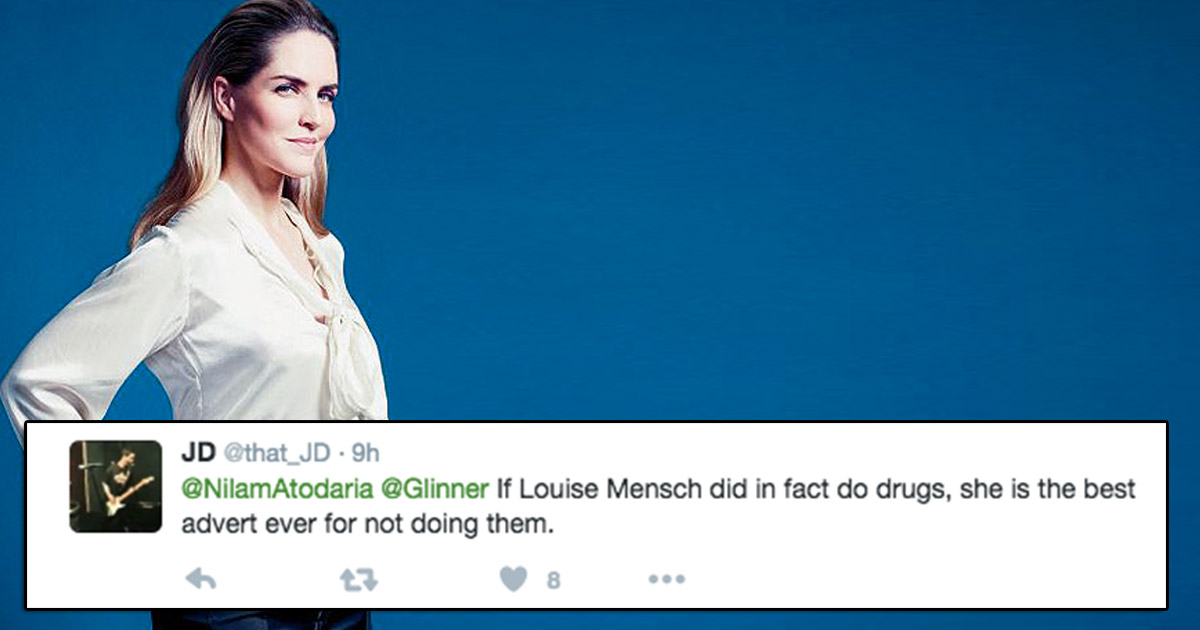 @Nilamatodaria over on Twitter says, “Louise Mensch confusing the #FabricReview with Brexit is a gift from God on a rainy weds morning.”

Ex-politician and Twitter irritant Mrs Mensch has confused the closing down of the night club Fabric with Brexit four (count them!) four times.

It’s the pompousness of Louise’s tone applied to completely the wrong thing that amuses us.

As ‏@DiamondLights61 says, “Hahaha, fuck me. Are you back on the sniff @LouiseMensch?”

BTW: Nilam‘s tweet has gone viral with over 2000 retweets – everyone is giggling at her.

And in other news, people are also mocking her for gaining an American accent:

“She has lost her god damned mind”, states Geraldine Lancaster2 on Youtube.

That’s assuming she ever had one in the first place.