People are mocking Trump / Pence logo: the only 5 *funny* tweets you need 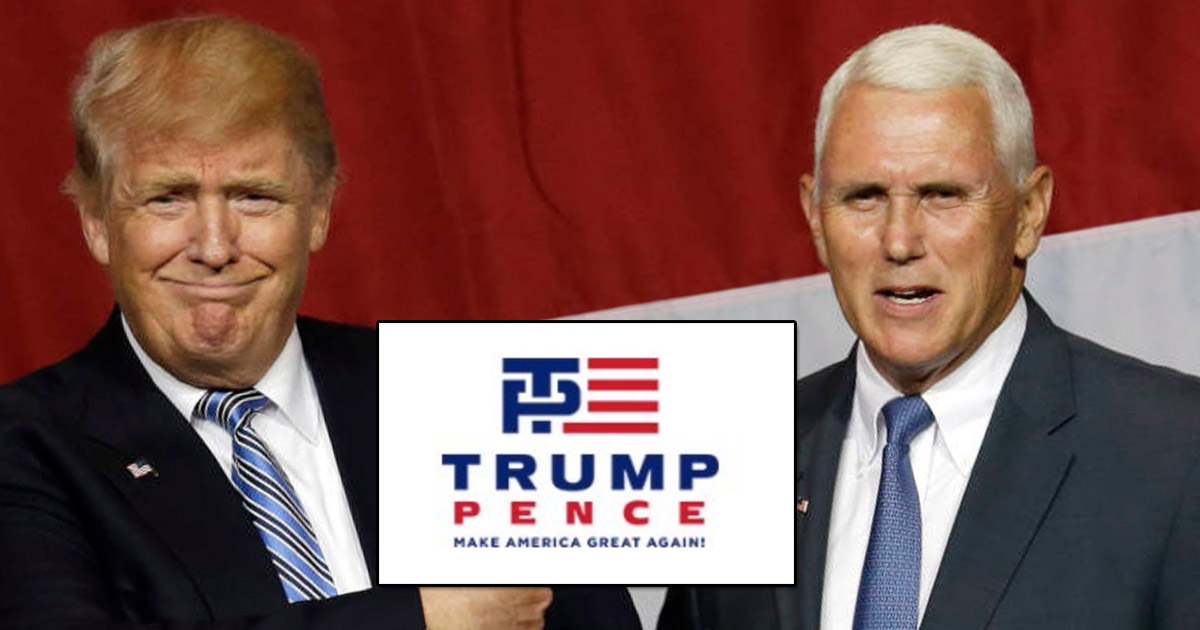 So Donald Trump has announced his running mate as Mike Pence – cue the “penny dropped” jokes, but the bigger jokes have been about the crappy logo.

oh my god to be on trump's ticket you have to let his initial graphically fuck your initial pic.twitter.com/wPNyh2coNM

The Trump Pence logo is what happens when you can't find a single gay graphic designer willing to work for you.

TP is an abbreviation for toilet paper, so, yeah: It makes sense for Trump-Pence to use "TP" in its new logo.

in case any news outlets want to use the Trump-Pence logo, i made it safe for TV pic.twitter.com/mxozHMzam6

And as @willrahn writes “How are we supposed to explain the new Trump logo to our children?”