Everyone is losing their SHIT at the idea of Boris as Foreign Secretary: the only 13 tweets you need 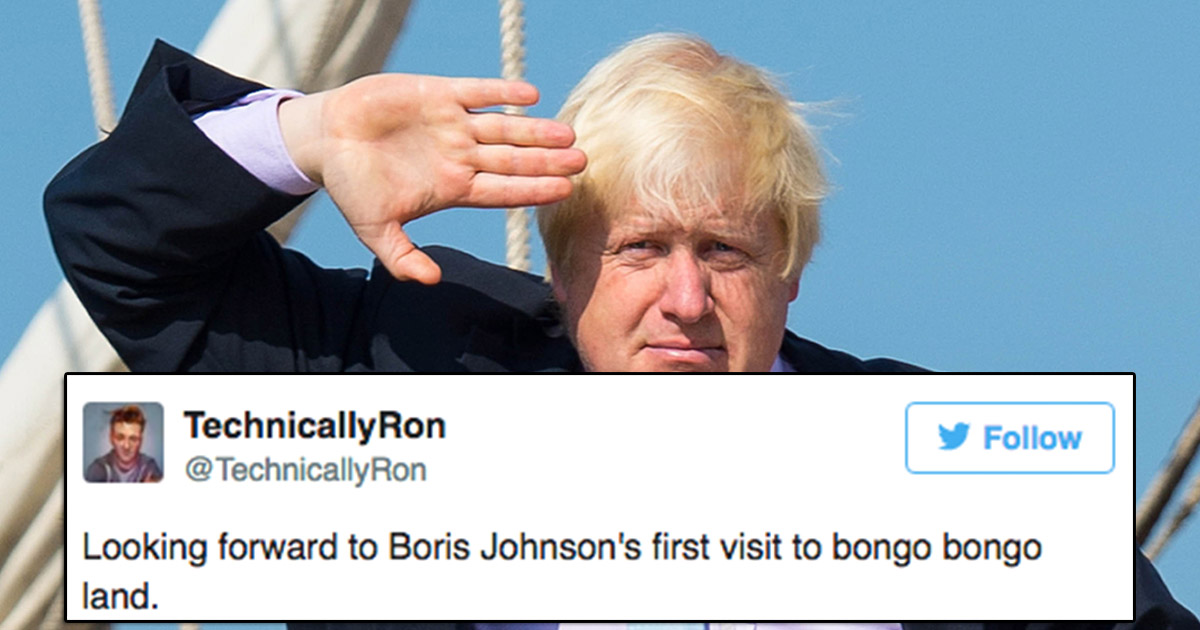 Jesus wept, the news of Boris Johnson confirmed as Foreign Secretary is making, EVERYONE lose their shit.

This literally sounds like the worst idea ever: just look at the state of the reactions:

"Last time he did a deal with the Germans, he came back with 3 nearly new water cannons.’ – May mocking her foreign sec Boris just days ago.

Boris Johnson, a man with all the geographical understanding of a toilet brush, is Britain's new Foreign Secretary.

Foreign Secretary Boris Johnson's first official meeting with President Obama will be interesting. Suggest it starts with the word "sorry"

Boris Johnson as Foreign Secretary. So this is, in fact, the year we all die.

Boris Johnson is the UK's Foreign Secretary – that requires no punchline.

Phew!
Just when Britain was starting to become a laughing stock around the world,
Boris Johnson is appointed foreign secretary.

Boris is currently being shown Theresa's SPECIAL BIG MAP, which gently introduces him to large world-shaped area outside of Westminster

Is making Boris Foreign Secretary a punishment for him or the rest of the world?

Boris Johnson is now in charge of MI6. Let that sink in for a while…

How can Boris Johnson be Foreign Secretary when he can't even maintain diplomatic relations with Liverpool?

And one thing we wonder is: does Boris even want this position? We seriously suspect NOT. The guy is a clown – he wants to showboat – not do a real job.

The maddest appointment ever.

Unless, that is, the point is to get him to quit and look like an utter fool….