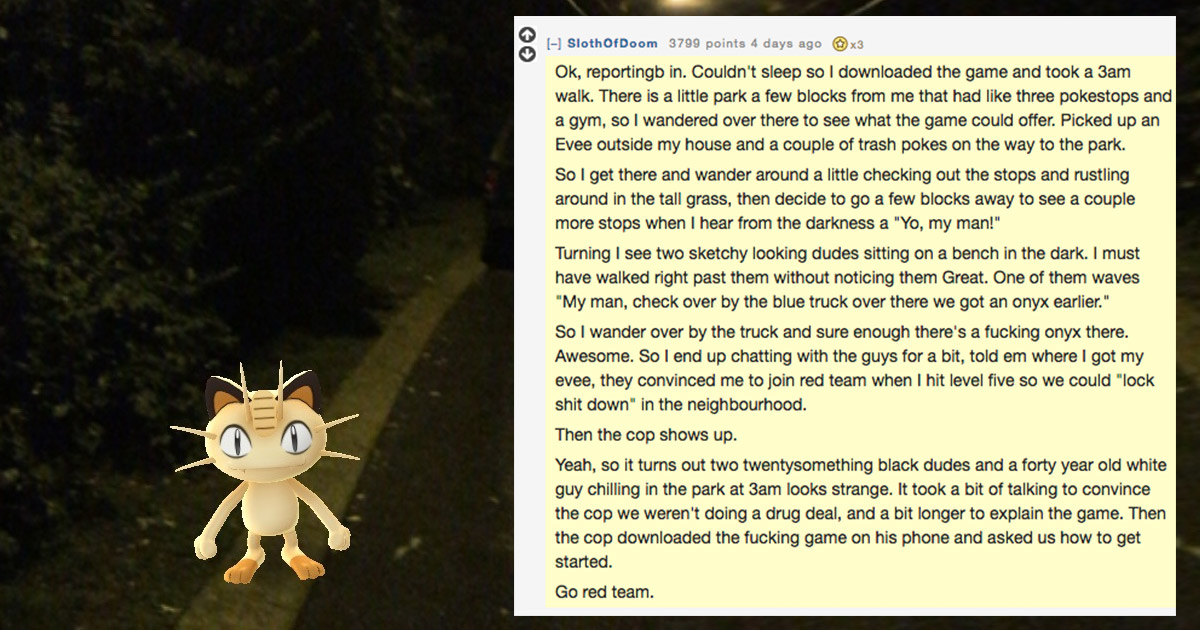 Couldn’t sleep so I downloaded the game and took a 3am walk. There is a little park a few blocks from me that had like three pokestops and a gym, so I wandered over there to see what the game could offer. Picked up an Evee outside my house and a couple of trash pokes on the way to the park.

So I get there and wander around a little checking out the stops and rustling around in the tall grass, then decide to go a few blocks away to see a couple more stops when I hear from the darkness a “Yo, my man!”

Turning I see two sketchy looking dudes sitting on a bench in the dark. I must have walked right past them without noticing them Great. One of them waves “My man, check over by the blue truck over there we got an onyx earlier.”

So I wander over by the truck and sure enough there’s a fucking onyx there. Awesome. So I end up chatting with the guys for a bit, told em where I got my evee, they convinced me to join red team when I hit level five so we could “lock shit down” in the neighbourhood.

Then the cop shows up.

Yeah, so it turns out two twentysomething black dudes and a forty year old white guy chilling in the park at 3am looks strange. It took a bit of talking to convince the cop we weren’t doing a drug deal, and a bit longer to explain the game. Then the cop downloaded the fucking game on his phone and asked us how to get started.