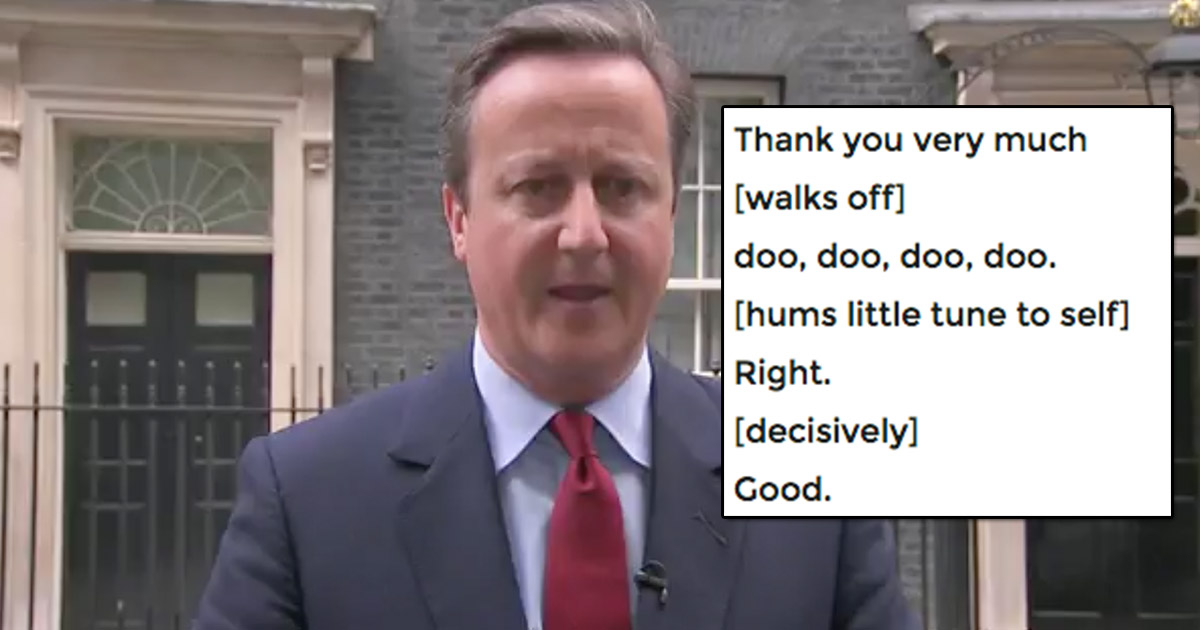 You need to watch this clip.

So Prime Minister David Cameron does his press conference saying he’s handing over to Theresa May on Wednesday, walks off and forgets he has his mic on and does a delightful little “doo doo doo” tune to himself.

Thank you very much

[hums little tune to self]

And here’s the best 3 responses

That jaunty humming. If nothing else you've got to be impressed by Cameron's utter refusal to give a solitary shit about anything, ever.