Seriously. This is simply five goldfish that look like Hitler. What more do you want? 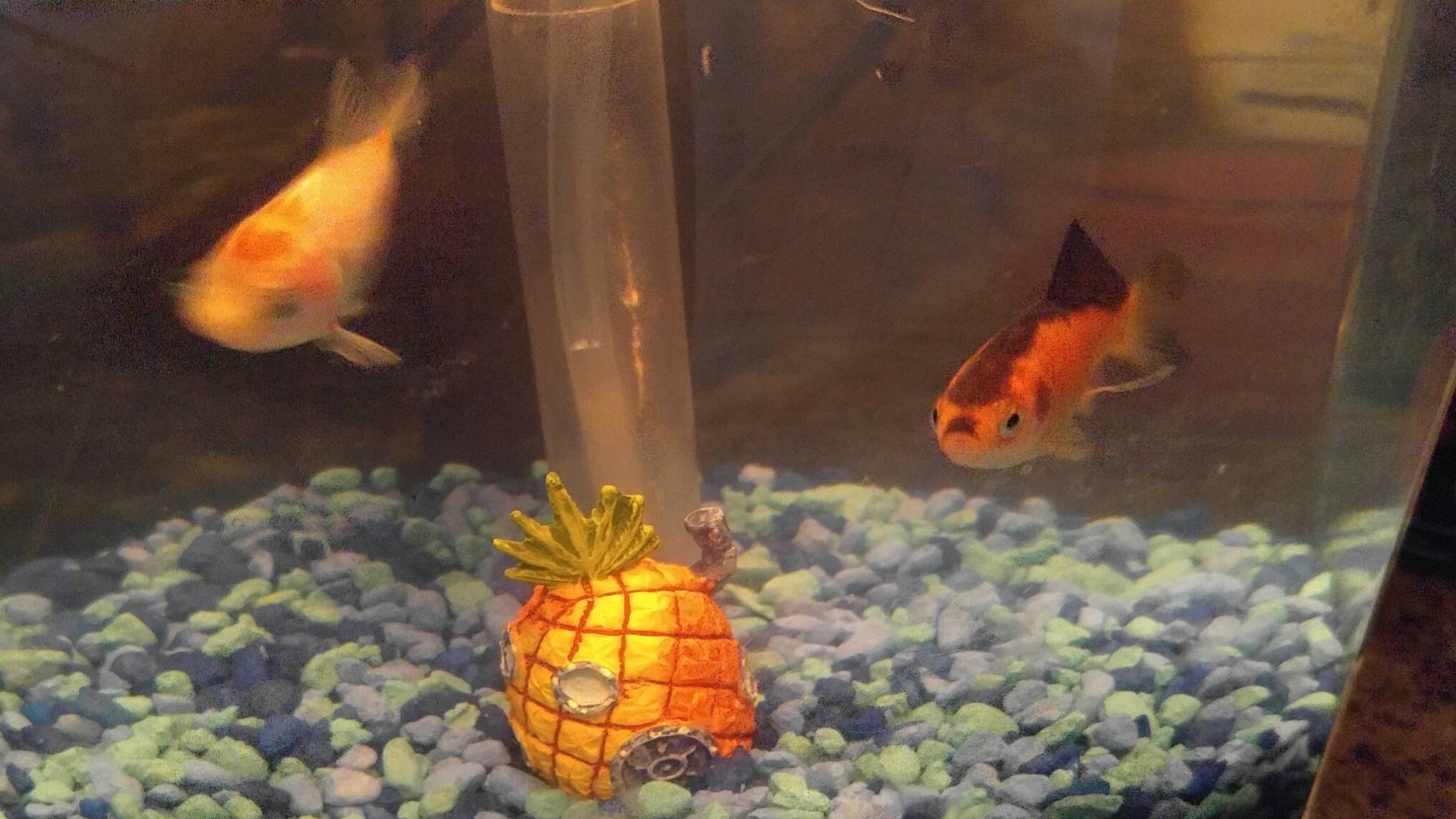 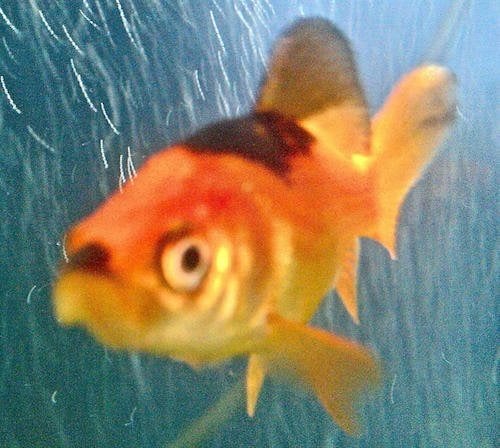 “My little sister’s gold fish also looked like Adolf Hitler” boasts Hitler-fish owner sabrefudge, “My sister’s Hitler-Fish didn’t just have the mustache. He had the haircut, angry eyes, and everything. He may have actually been Hitler reincarnated as a gold fish.”

3. Triumph of the Gills! 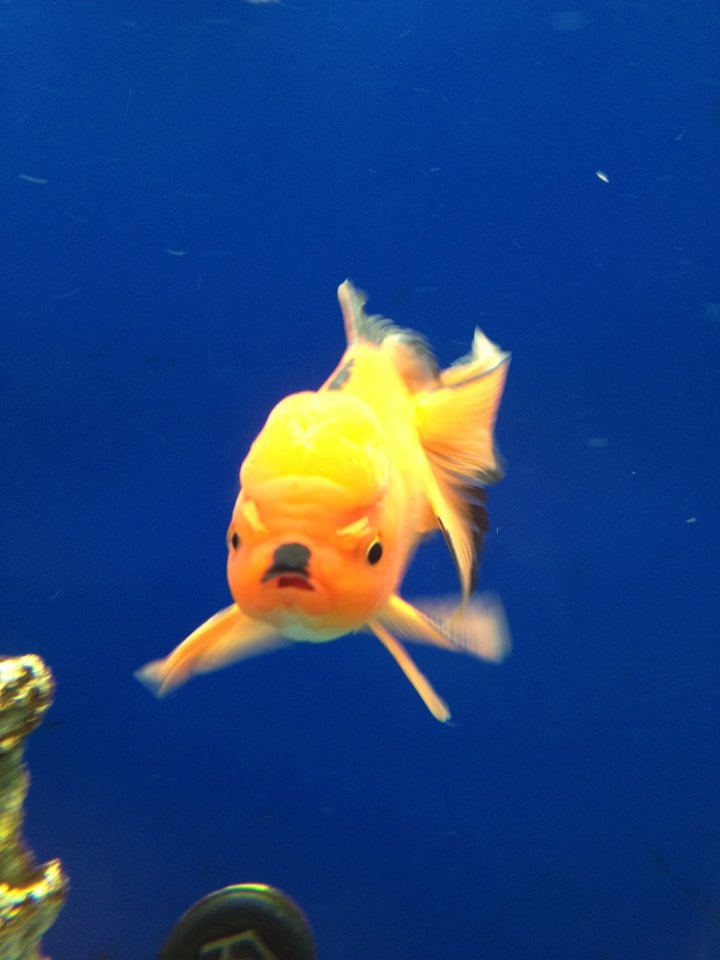 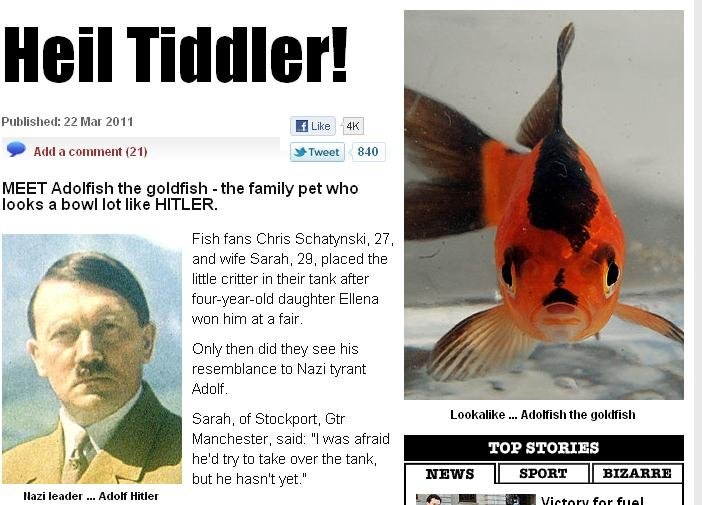 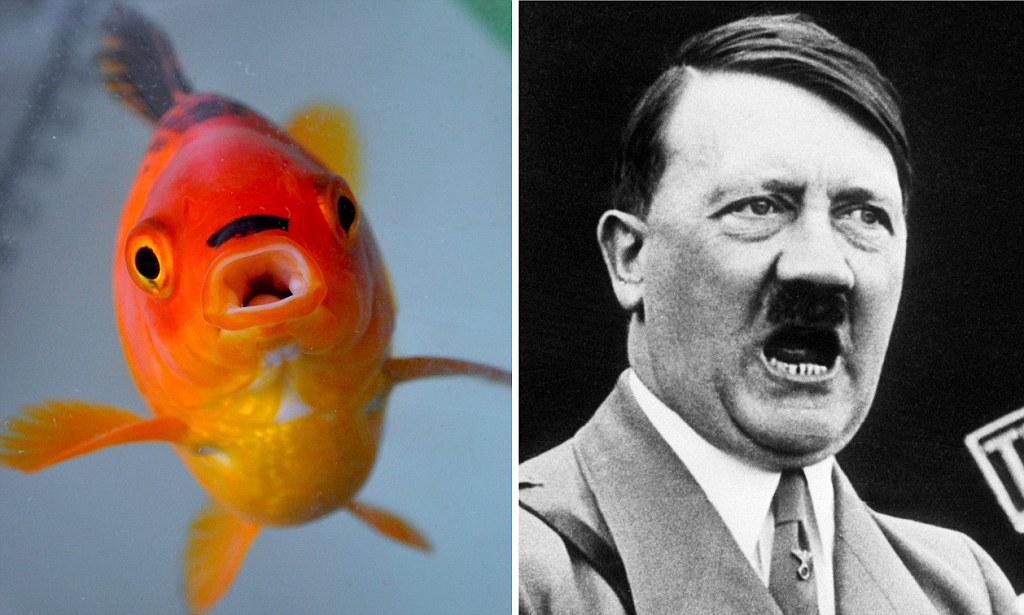 The five-year-old who belongs to Deborah Cochrane, from Belfast, has developed a distinctive black mark above his mouth which creates an uncanny resemblance to the fishist dictator.

The office worker said: ‘Like Hitler, George is vegetarian – he loves his peas.

‘Whenever I walk into the same room as George I notice he often has a fin raised and worry he is trying to indoctrinate me, but I am just being silly. Surely he is just waving ‘hello’?’