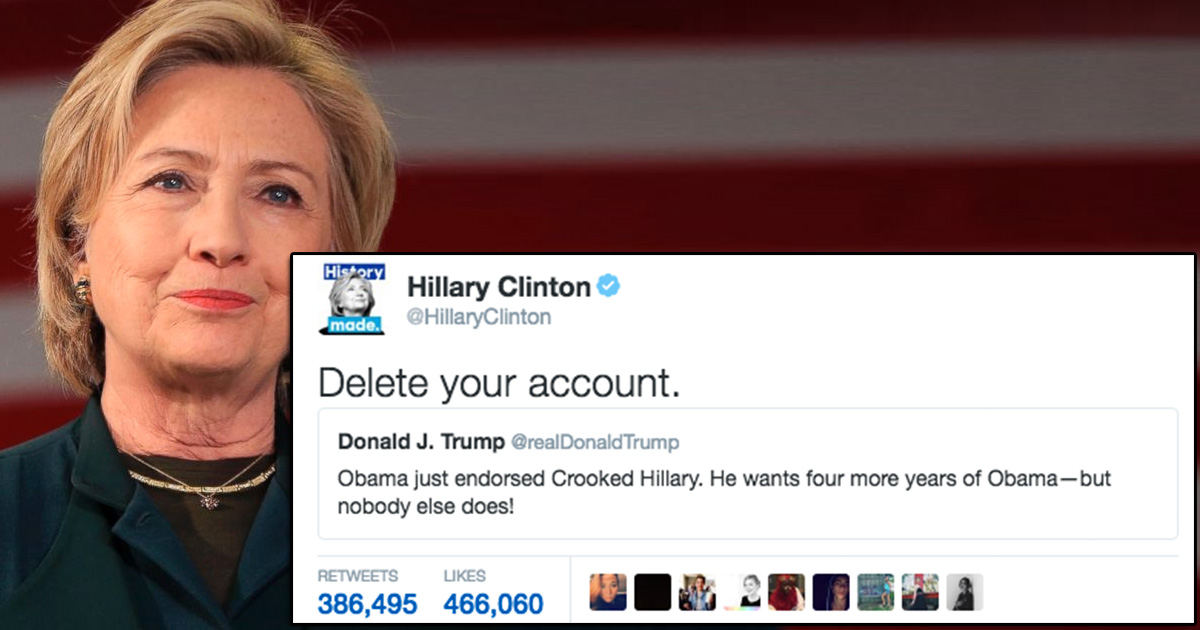 The internet has exploded in reaction to Hillary Clinton’s tweet where she suggested Donald Trump delete his account.

Nearly half a million likes – completely off the scale – your average Twitterer thinks 20 likes is a popular tweet.

If you’re struggling to understand the ‘delete your account’ reference, it’s a social media catchphrase that people often use if a joke or a burn misfires.

Anyway – it’s also been an opportunity for the jokers. So here’s the best 3:

AIDE: what about 'bye, felicia'
CLINTON: is that also a meme?
AIDE: yes
CLINTON: but is it dank enough
AIDE: *opens easel with pie charts*

I'm ok with a female President AS LONG as she doesn't start busting ghosts.

But what’s clear is this is a social media election. Er.. like the others were too. But this one is about being note perfect and “shutting down” people “perfectly”.

We only have ourselves to blame.

And to end the article on a more cheerful note: have another tweeted joke!