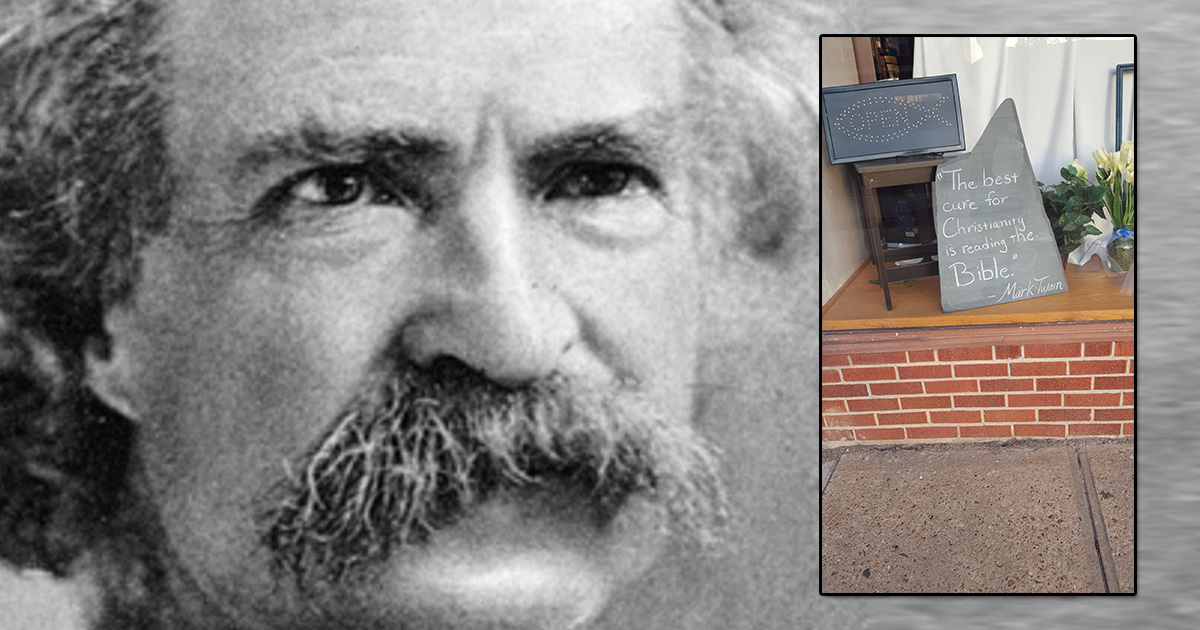 Thenewyorkgod has spotted this and told Reddit, “A bible store in Kansas has trouble understanding the meaning of this quote” 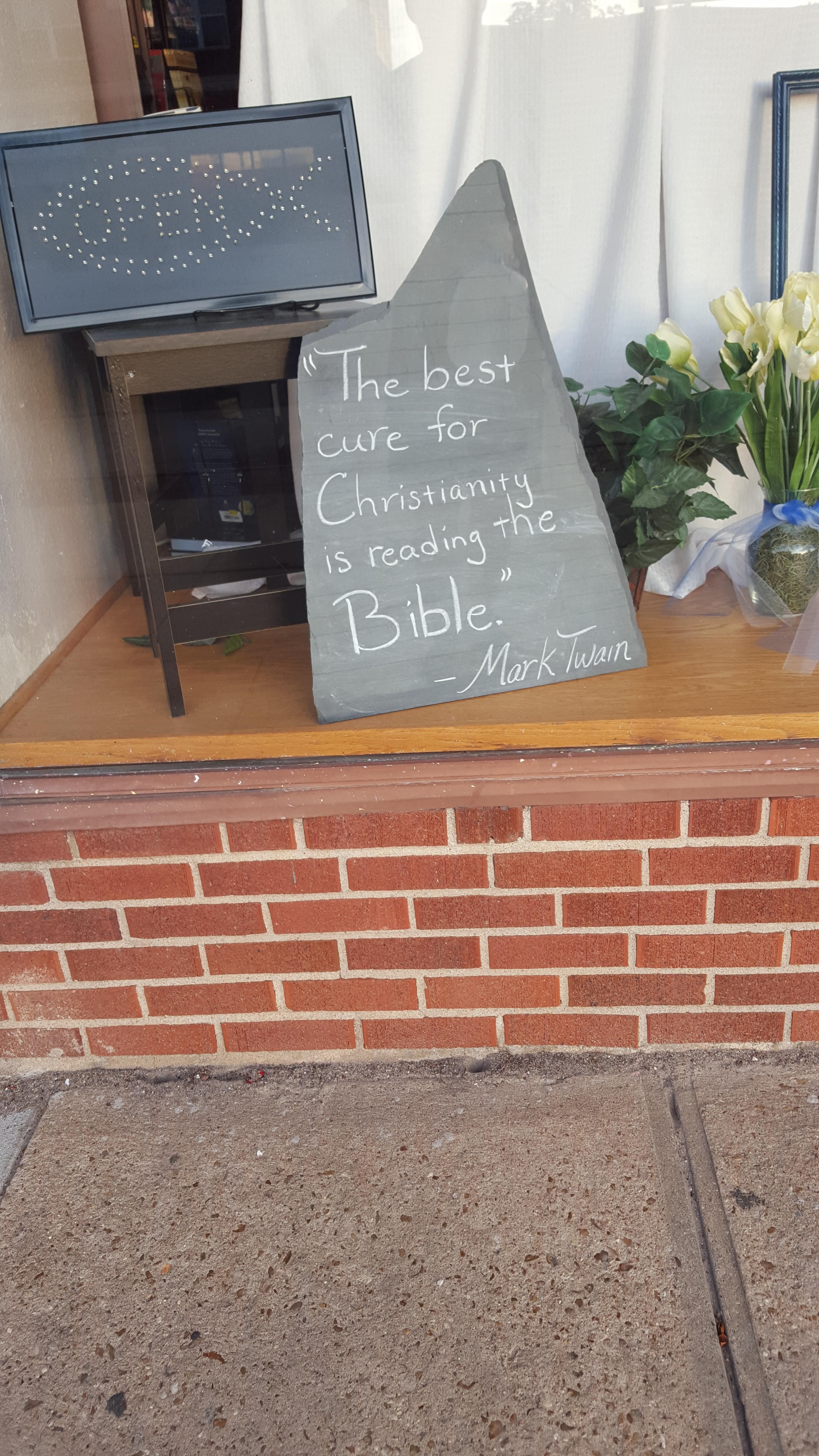 It’s always funny when someone doesn’t really think something through isn’t it?

BTW: We checked out the quote and we can’t prove it IS Mark Twain, but it is widely attributed to him on sites that don’t provide sources.

However it IS the type of thing he might of said as we can find this quote from his autobiography:

There is one notable thing about our Christianity: bad, bloody, merciless, money-grabbing, and predatory as it is – in our country particularly and in all other Christian countries in a somewhat modified degree – it is still a hundred times better than the Christianity of the Bible, with its prodigious crime – the invention of Hell. Measured by our Christianity of to-day, bad as it is, hypocritical as it is, empty and hollow as it is, neither the Deity nor his Son is a Christian, nor qualified for that moderately high place. Ours is a terrible religion. The fleets of the world could swim in spacious comfort in the innocent blood it has spilled.

next story
Breaking News: If this man refusing to wash his hands has you shaking your head, wait until you read the replies