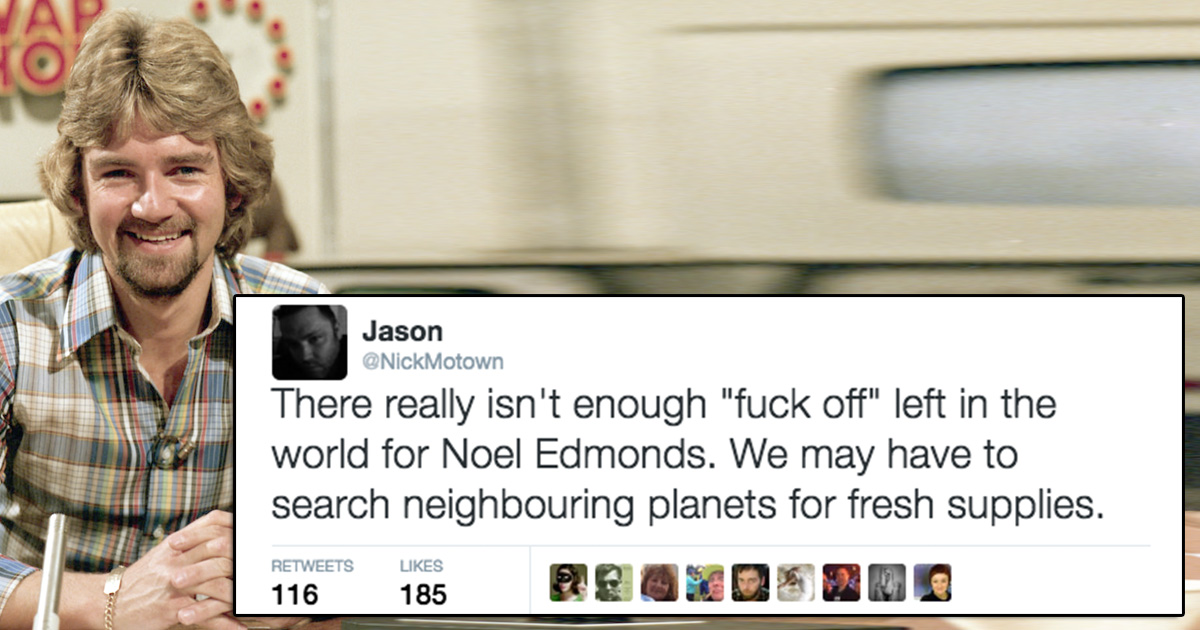 Yeah you read that right – an electronic box that “tackles cancer” – clearly poppycock and the internet mirth machine has been out in force.

Here’s the only 6 funny tweets you need to read (the absolute best ones, we know because we read THE LOT.)

Be honest, who didn't instantly think this when they saw Noel Edmonds trending? pic.twitter.com/27G4OjNpFu

This new series of Deal Or No Deal is getting very dark. pic.twitter.com/o2nga9QzlY

Noel after his first session on his Shitbox pic.twitter.com/GCApymxgFc

I'm sure that Noel Edmonds' magic box won't cure cancer. I doubt if it could even cure a ham.

We also enjoyed ‏@leethommo’s comment, “So, Noel Edmonds is trending. A perfect excuse to bring out the finest-ever 30 sec TV ad. A gas demo in a nightclub.