Phil Mitchell rapping “scotch egg, sausage roll” is the hilarious video you need in your life 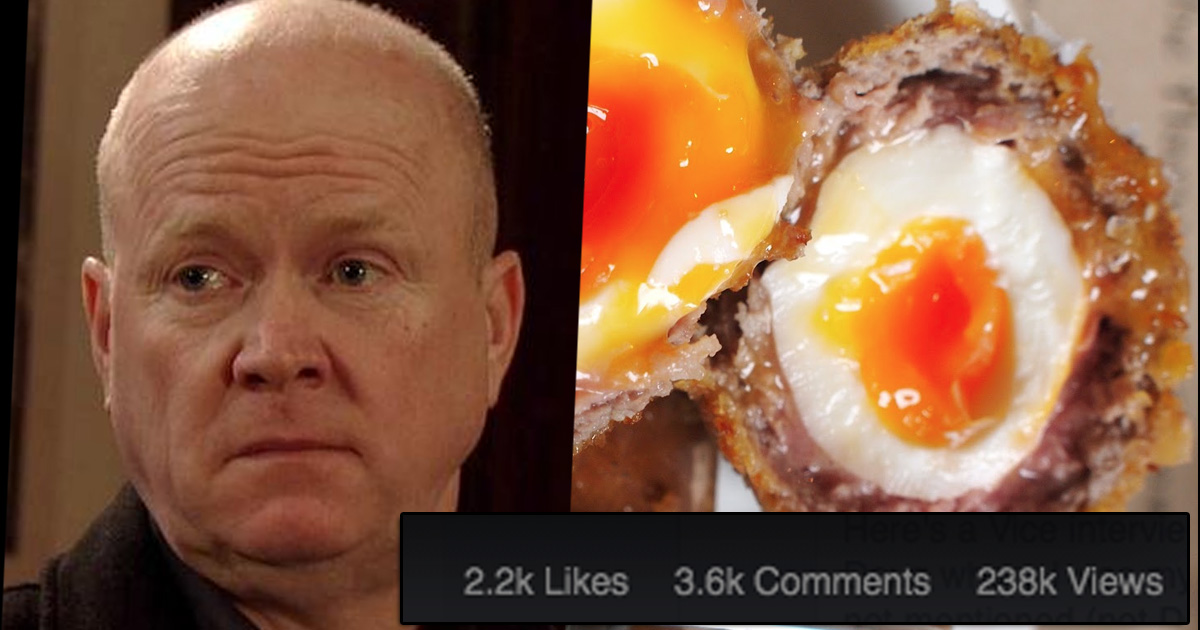 You should watch it – it’s wonderful.

We spoke to musician Mark Nicholson who told us “Yeah, Utter Philth is me and Douglas Pledger. Seems to be going quite well at the moment, going to keep making videos and stupid photoshop stuff until people get bored and move on.”

Mark also mentioned that “The Metro think that Scotch Egg might be the best EastEnders video they’ve ever seen, even better than something called “You Bitch, You Cow”, I guess they’re unaware that I’m responsible for both of these idiotic tracks.”

This is because Mark also known as Osymyso who with Cartel Communique produced THIS ooh in 2001 or something:

Mark also would like us to mention, “I forget, there’s the Utter Philth site that’s got all the stuff in one place. Easier on the brain than the cluttered FB page.”