Meet the woman with the Hitler tattoos campaigning for #VoteLeave 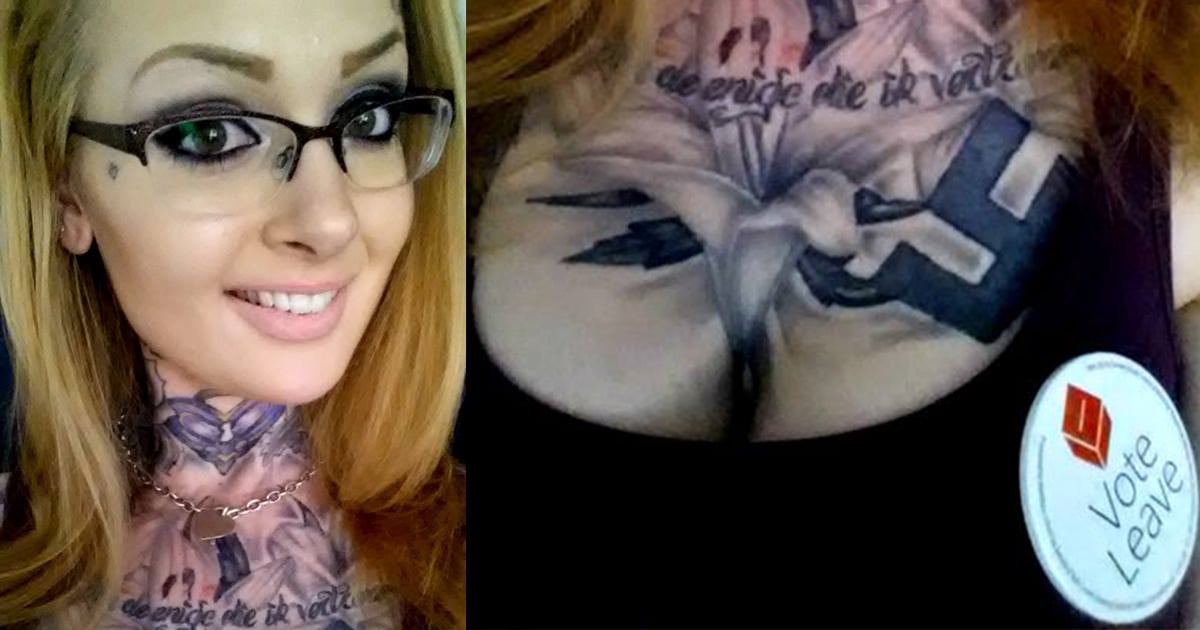 We caught this story about two neo-Nazis publicly campaigning for the Brexit: 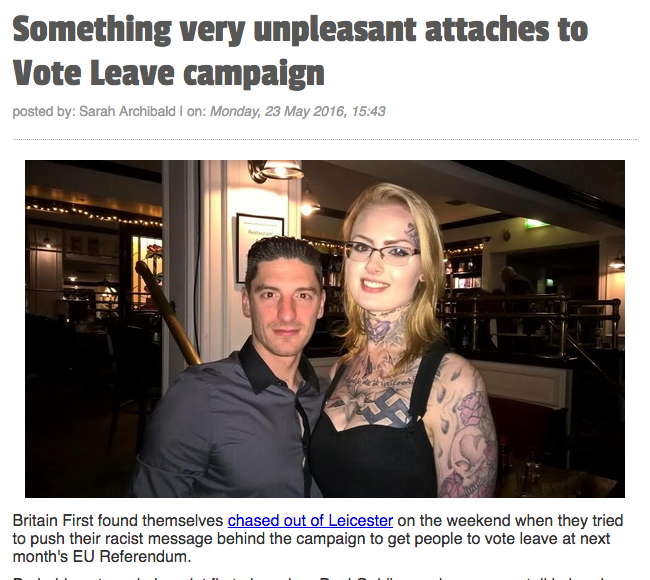 And if we’re honest we couldn’t really believe that Eva Van Housen really existed; what with her display of nazi tattoos, so we looked her up on Facebook and yep there she is. 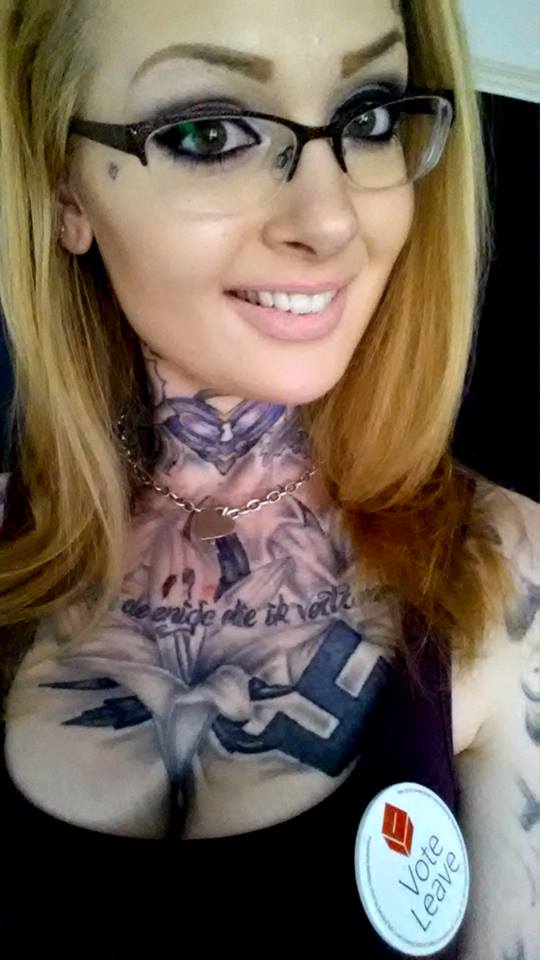 Eva writes, “Every person has fell in to some degeneracy that they push, mine was tattoos, learned my lesson, no more, moving forward” 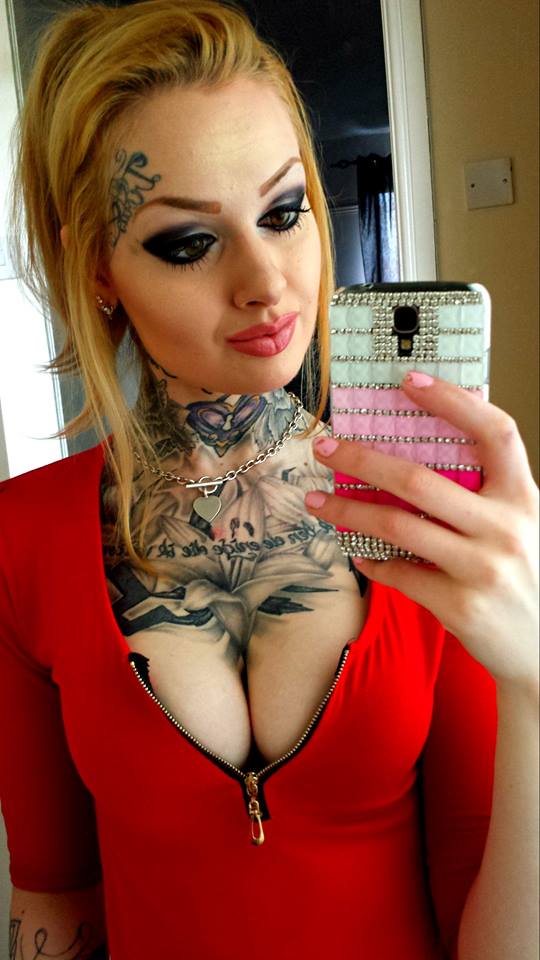 Which is frankly understandable.

However, and here’s the twist, Eva doesn’t regret the NAZI tattoos. Oh no.

And Eva says, “Though I heart emoticon my swastika, Adolf Hitler quote, SS motto, SS bolts & Swastika eagle… they will stay and I won’t ever dislike those ones.” 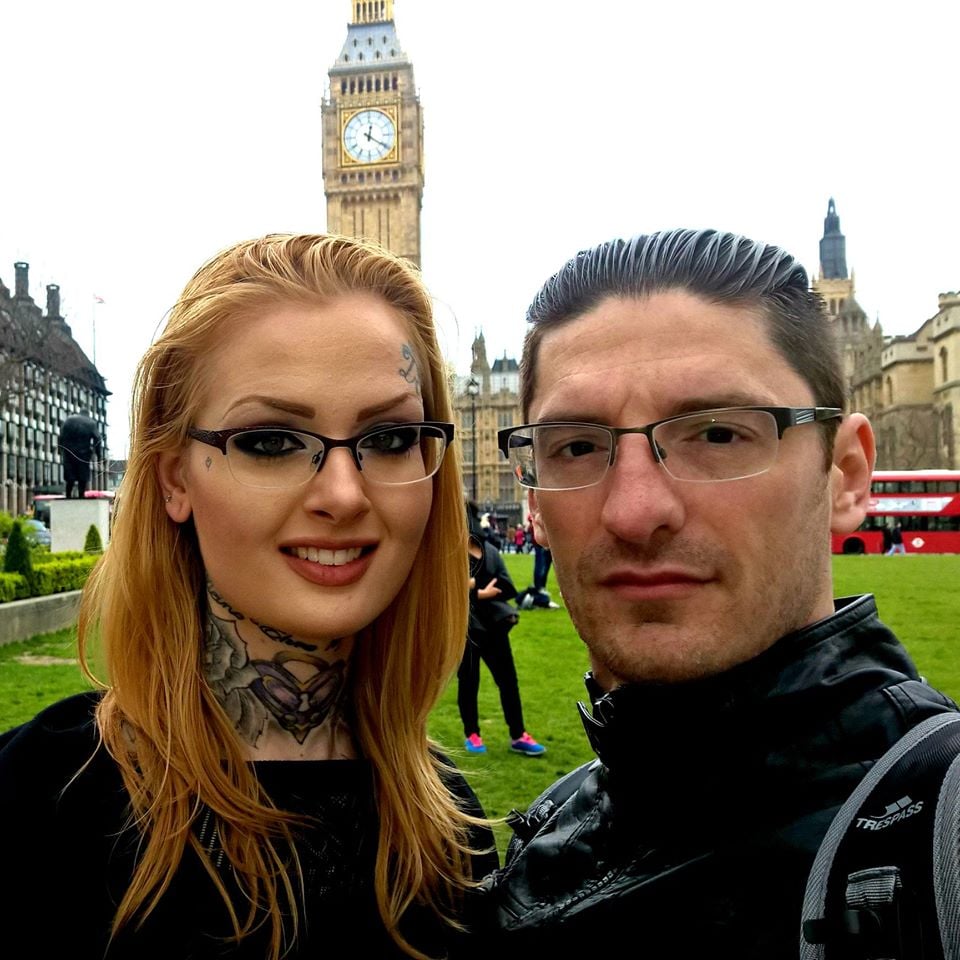 Eva also points out, “I am not accepting any friend requests or twitter following requests from any news reporters, lefties or people I don’t know. Give up & jog on.” 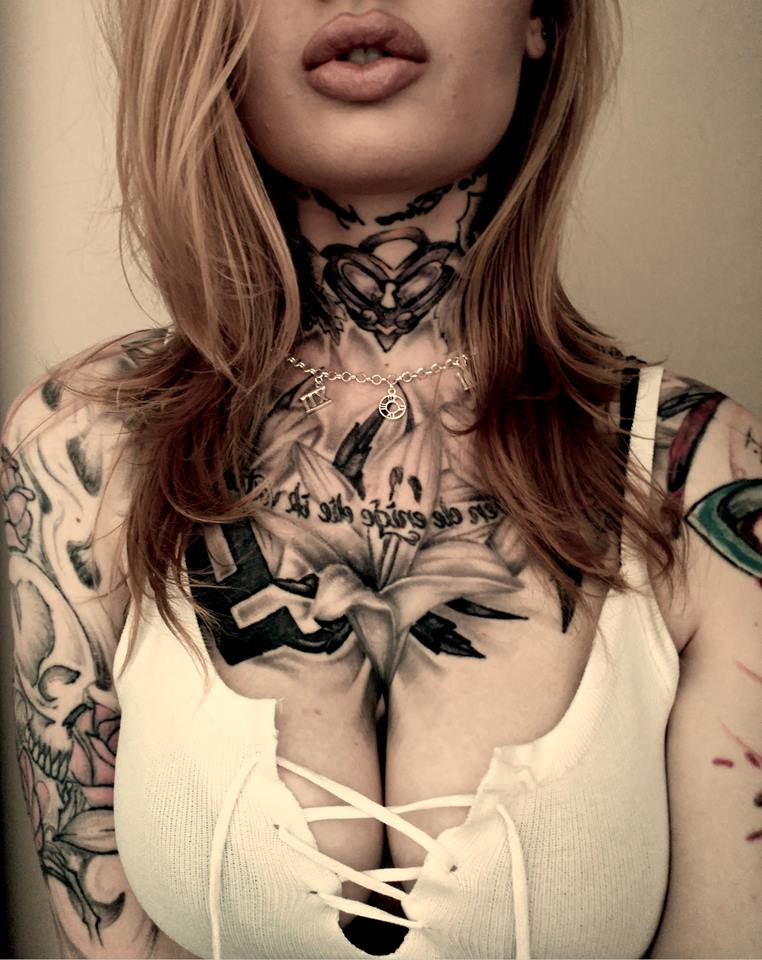 If you can work out what the tattoos say the feel free to get in touch.

That’s pretty much all we could scrape from Facebook, other than this baffling thread with more nazi stuff in it. 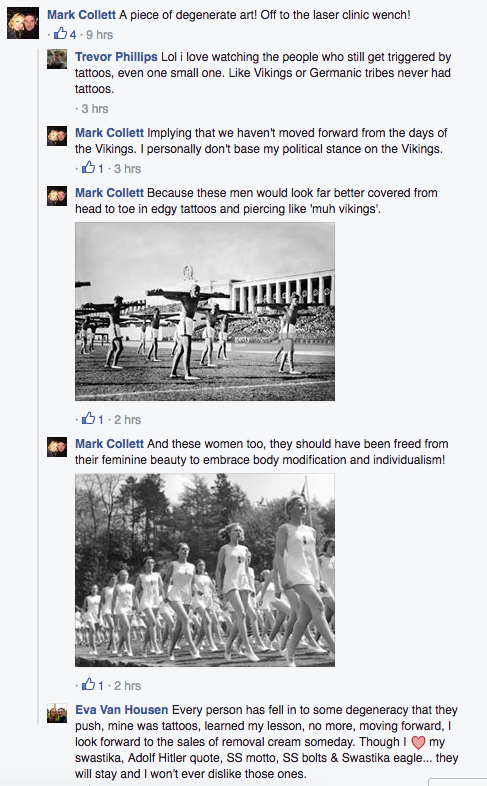 Oh and finally – this is her profile info – it’s just some swastikas. So she’s staying on brand there: