Share Tweet
Nearly 30,000 people have signed a petition calling for a temporary ban to be applied to David Cameron “on his return to Britain at the conclusion of his holiday in Lanzarote”. 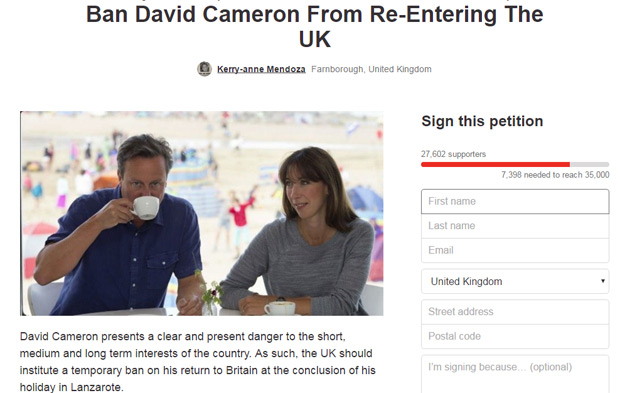 The change.org petition was started by Kerry-anne Mendoza, who claims that Cameron “David Cameron presents a clear and present danger to the short, medium and long term interests of the country” and asks that the Home Secretary bans him from re-entering the UK.

The petition has gathered nearly 25,000 signatures in the last 15 hours, so it’s no surprise that most of the comments aren’t from Cam-fans. 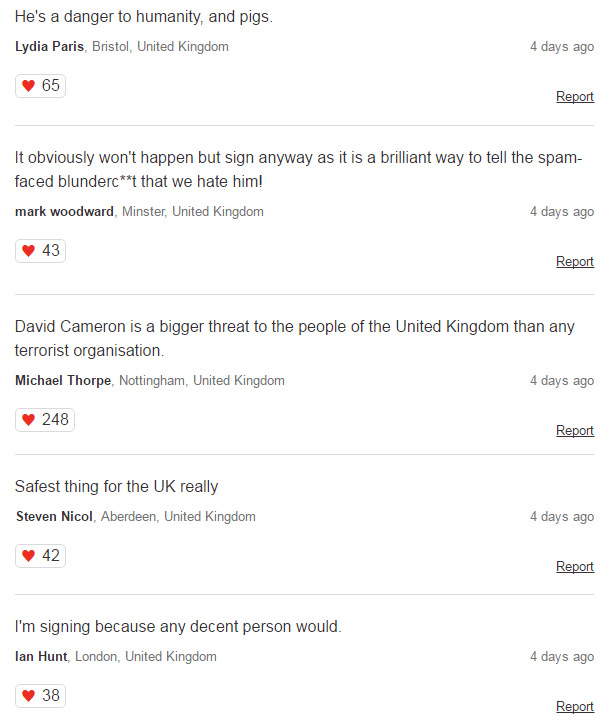