Back in 2013 the slogan “People Make Glasgow” was selected as the brand name for Scotland’s largest city. It clearly stuck, as it’s still in use all over social media – though most of the time not in the way the Glasgow City Marketing Bureau was hoping for.

Just saw a lad share his smoke with his mum. Keeping true to the definition of mother's day spirit. #peoplemakeglasgow

I'm in a place where 3 doubles cost £8 and there's a shoot out at 10.30. #PeopleMakeGlasgow pic.twitter.com/2oFiMZ5AyZ

.
And if those tweets haven’t convinced you that Glasgow is one of the world’s greatest cities, just remember it’s a place where people write directions of the nearest free cash machines, on a fee-charging cash machine. 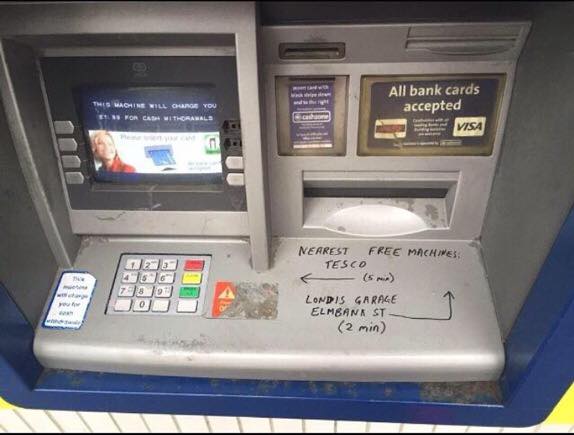 Proof that Serena Williams is an incredible athelete

13 boats other than “Boaty McBoatface” with funny names