Newspaper correction goes viral as people ask, “Was anything in this Guardian article correct?”

Share Tweet
James Cornish posted this correction on Twitter with the message, “The most spectacular correction in newspaper history? Was anything in this Guardian article correct?” 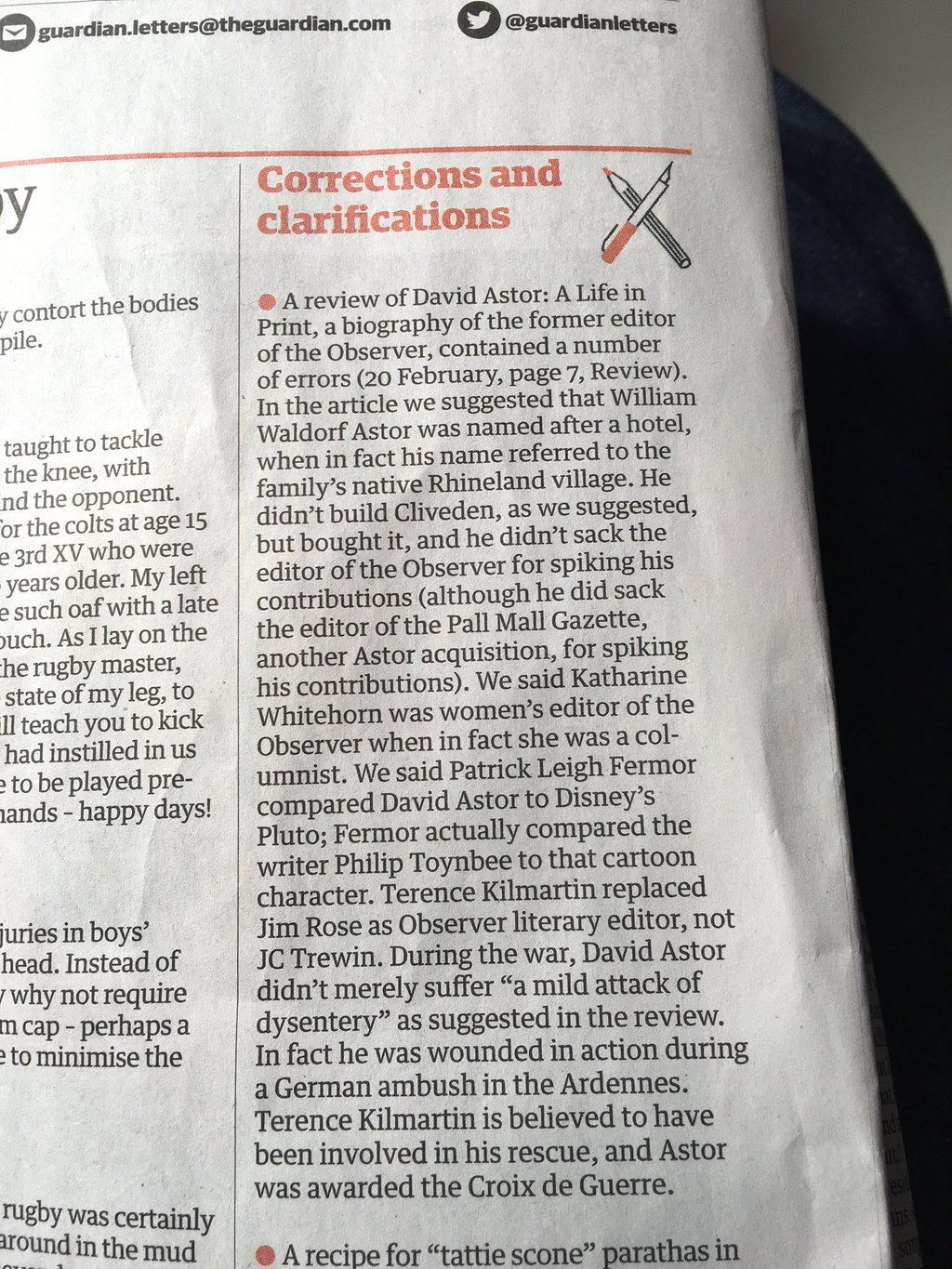 • A review of David Astor: A Life in Print, a biography of the former editor of the Observer, contained a number of errors (20 February, page 7, Review).

In the article we suggested that William Waldorf Astor was named after a hotel, when in fact his name referred to the family’s native Rhineland village.

We said Katharine Whitehorn was women’s editor of the Observer when in fact she was a columnist.

During the war, David Astor didn’t merely suffer “a mild attack of dysentery” as suggested in the review.

In fact he was wounded in action during a German ambush in the Ardennes.

Terence Kilmartin is believed to have been involved in his rescue, and Astor was awarded the Croix de Guerre.

Getting over 1,000 retweets in a few hours, we’re sure the Guardian is feeling a little red-faced.