Can you find the C-3PO hidden in this sea of Oscar statues?

After noticing that C-3P0 bears an uncanny similarity of a small golden man handed out to actors every year, Mental Floss produced this picture puzzle that will probably take you longer to solve than it should.

C-3PO says the Oscar statuette looks like him. You don't say… pic.twitter.com/Fq08RAoi6x

Needless to say, the responses fall into either those who can’t see it and those who can. And some from both groups who think it’s some kind of prank. 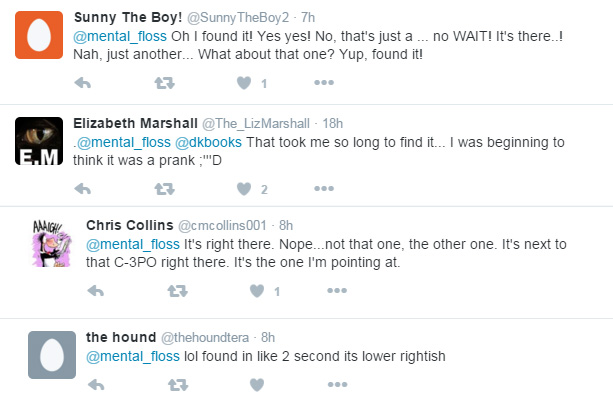 If you found the Oscar easily, you might want to est your eyes again, by finding this animal hiding on a bed.