South London pub holds a “Republican Urinal Challenge” – but who is winning? 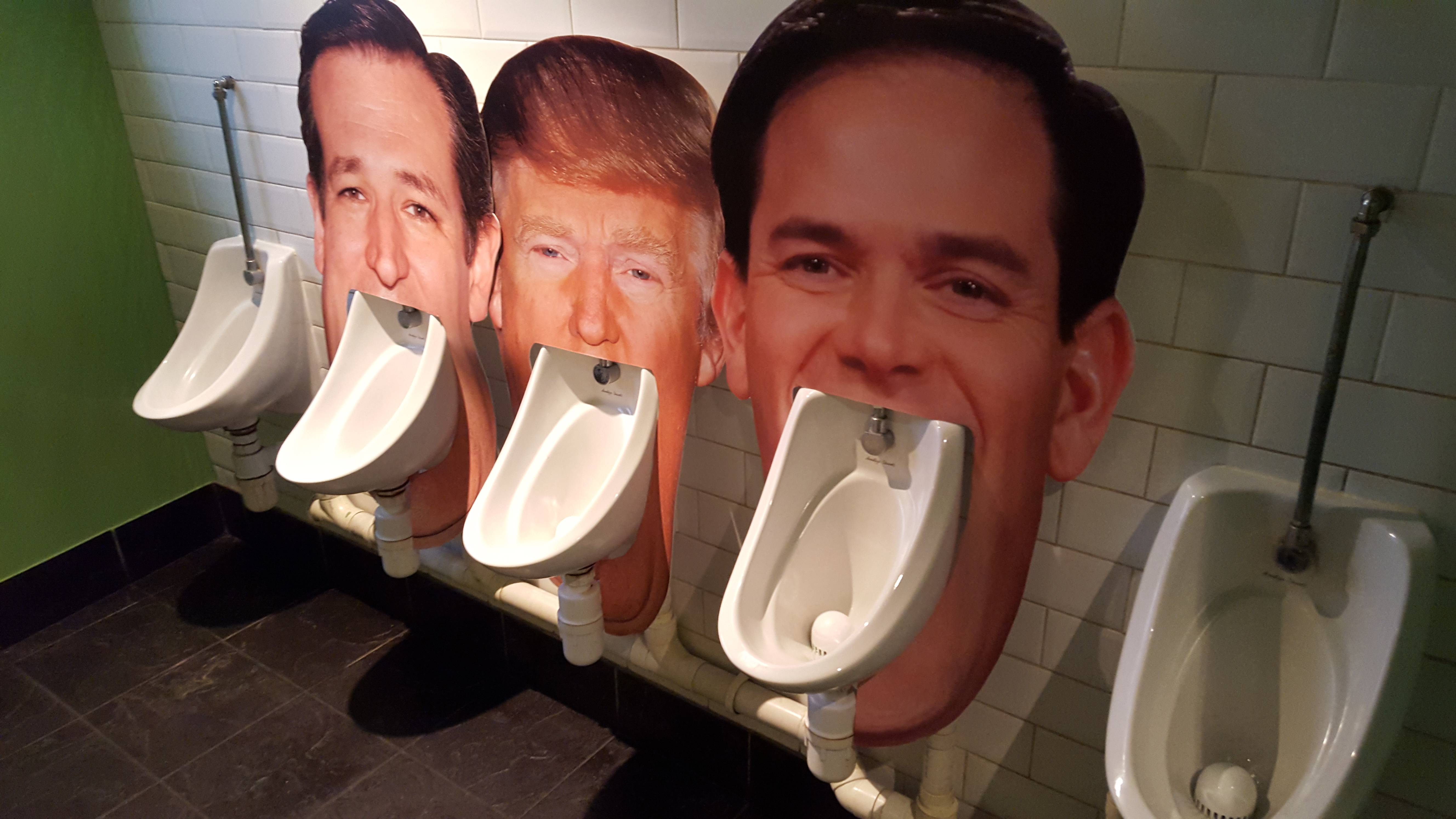 Sensing a story we phoned the pub and spoke to the barman who told us, “You can choose which Republican’s mouth you want to wee in, from Donald Trump, to Ted Cruz and Marco Rubio.”

Yes, the pub is actually conducting a poll. In urine!

Echoing the very Republican nominations going on at this very moment, the pub’s clientele can choose who they dislike the most via the contents of their bladders.

We asked the owner Richard Bell who is winning: “Trump is pissing all over it. Buy 20/1! Everyone is peeing in Trump’s nut. I might take a dump in it. And have that filmed.”

“We’re doing this with The Last Leg on Channel 4”, continues Richard, “they’ll reveal the official result on Friday.”

With the clear yellow water between Donald Trump and his competitors it looks like foregone conclusion.

UPDATE! As not all our readers can get down to this pub to join in – we’ve made a poll you can vote on! Yay!