Share Tweet
Just 69 brilliant jokes as written by 69 brilliant comedians. What else is there to say, take it away Spike…

“I thought I’d begin by reading a poem by Shakespeare, but then I thought, why should I? He never reads any of mine.

“Anyone can be confident with a full head of hair. But a confident bald man – there’s your diamond in the rough.”

“First the doctor told me the good news: I was going to have a disease named after me.”

“All those who believe in psychokinesis raise my hand.”

“I have low self-esteem; when we were in bed together, I would fantasise that I was someone else.”

“I used to know a boy at school called ‘Diarrhoea Dave’. He got the name because he was the only kid who could spell it.” 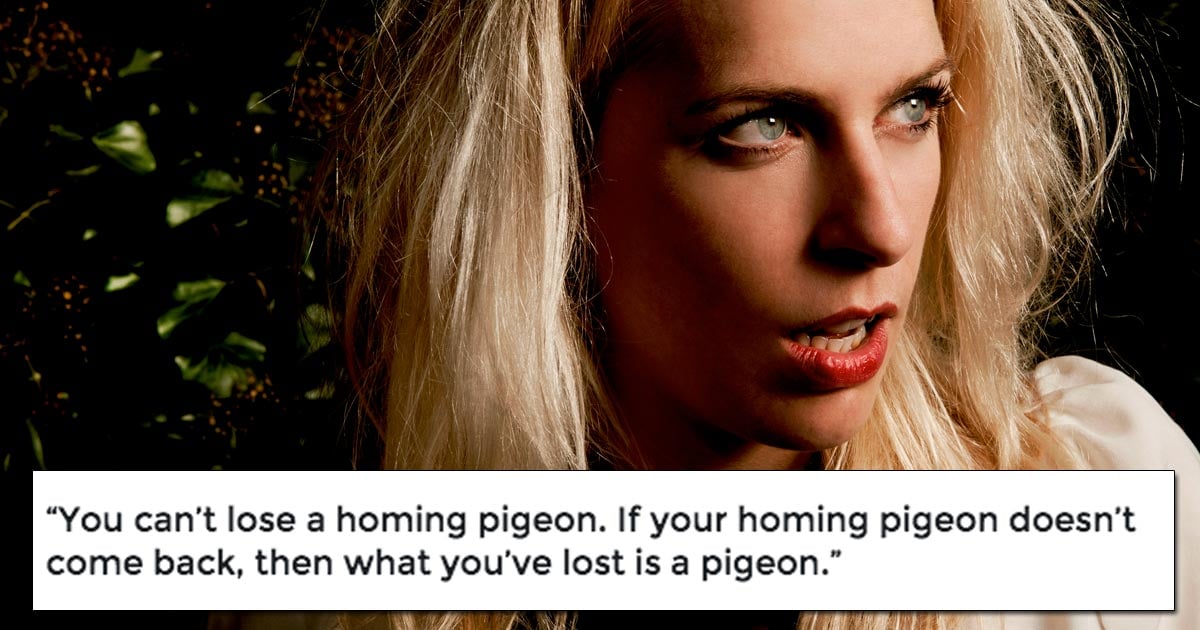 “I like to play chess with old men in the park, although it’s hard to find 32 of them.”

“I’m so ugly. My father carries around the picture of the kid who came with his wallet.”

“I’m very proud of my gold pocket watch. My grandfather, on his deathbed, sold me this watch.”

“If Pac-Man had affected us as kids, we’d all be running around in dark rooms, munching pills and listening to repetitive electronic music.”

“In your thirties your friends just disappear. I don’t mean they die. They all move to Birmingham, which is worse.” 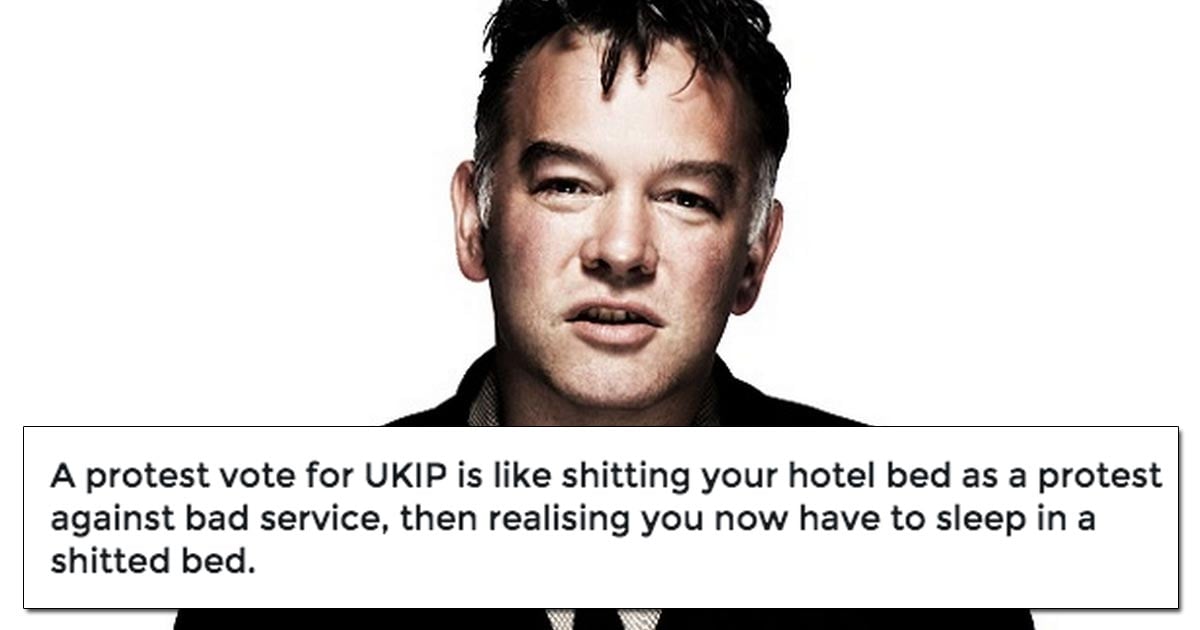 A protest vote for UKIP is like shitting your hotel bed as a protest against bad service, then realising you now have to sleep in a shitted bed.

“”I needed a password eight characters long so I picked Snow White and the Seven Dwarves.”

“I lost my virginity to my mums best friend. My dad!”

“A dolphin will jump out of the water for a piece of fish, imagine what he’d do for some chips.”

“I saw a poster for Mission Impossible III the other day. I thought to myself – ‘It’s not really impossible if he’s already done it twice.'” 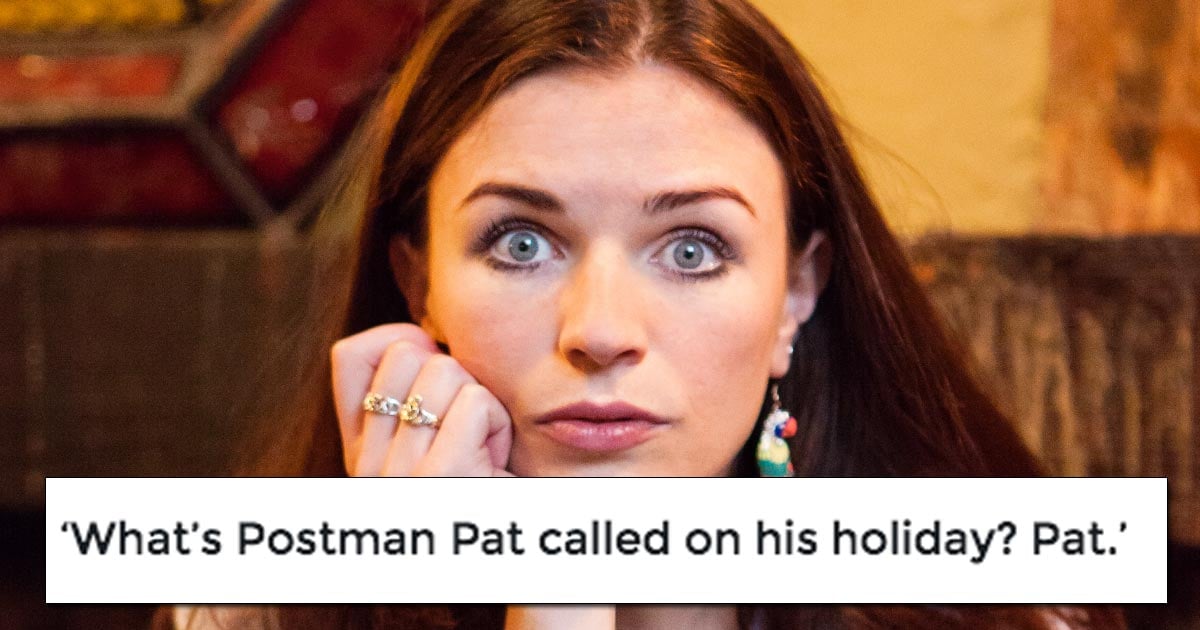 “I can speak for every guy in this room here tonight. Guys, if you could blow yourselves, ladies, you’d be in this room alone right now. Watching an empty stage.”

“I knelt to pick a buttercup. Why people leave buttocks lying around I’ll never know…”

“I like Jesus, but he loves me, so it’s awkward”

“I wanted wine, women and song. I got a drunk woman singing”

‘I always take my wife morning tea in my pajamas, but is she grateful? . . . No, she says she’d rather have it in a cup.’

“I’m glad I’m not American. When their kids are bad at something they send them to camp. Fat kids go fat camp, if you can’t do maths you go to maths camp. I was never very good at concentrating…”

“No wonder Bob Geldof is such an expert on famine. He’s been dining off ‘I Don’t Like Mondays’ for 30 years. “

“I’m in a same-sex marriage… the sex is always the same.”

“A friend of mine always wanted to be run over by a steam train. When it happened, he was chuffed to bits! “ 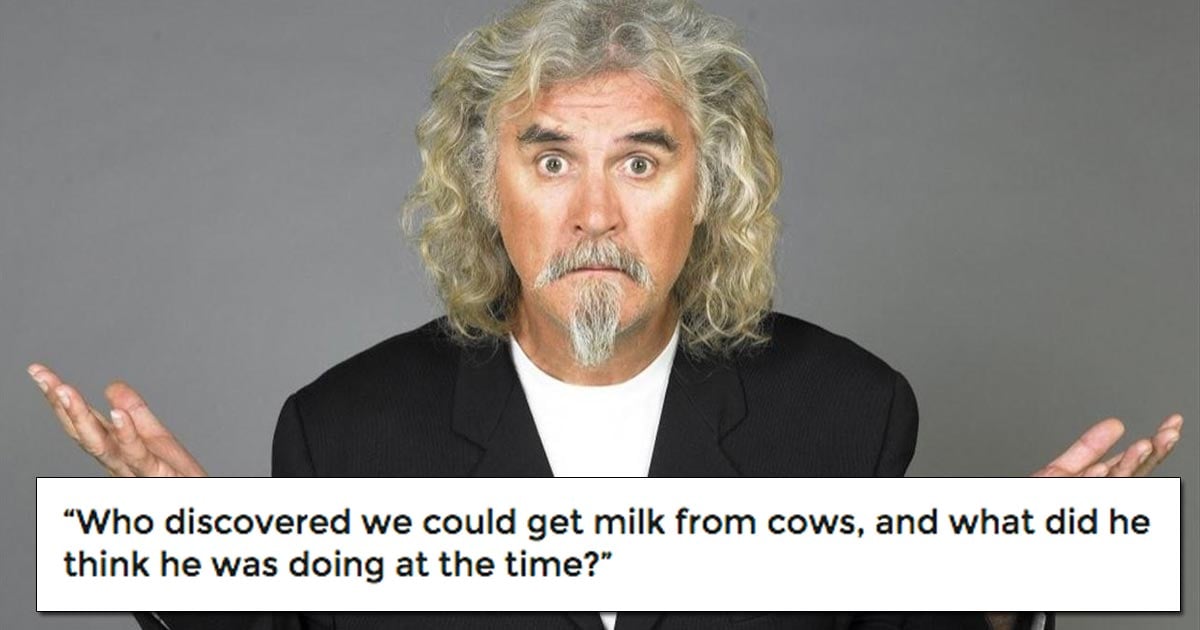 “Never trust a man, who when left alone with a tea cosy… doesn’t try it on.

“People say ‘I’m taking it one day at a time.’ You know what? So is everybody. That’s how time works.”

“The way to a man’s heart is through his hanky pocket with a breadknife. Although I don’t know why you’d bother, it’s not like there’s a cake there.”

“Why is it called tourist season if we can’t shoot at them?” 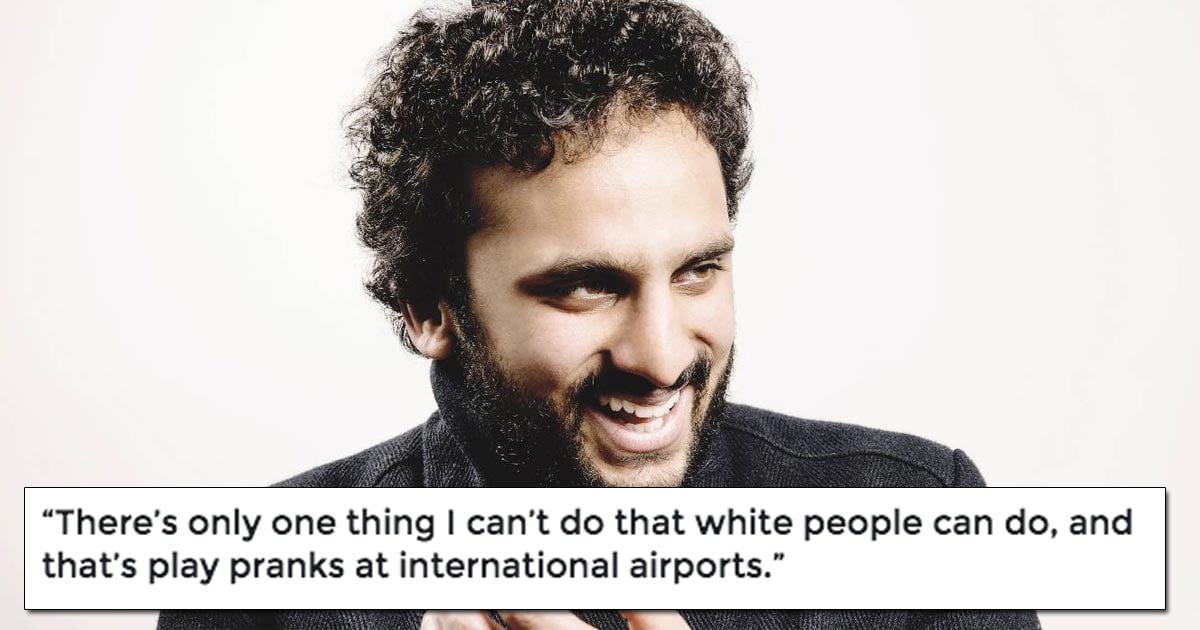 “There’s only one thing I can’t do that white people can do, and that’s play pranks at international airports.

“A cement mixer has collided with a prison van. Motorists are asked to look out for 16 hardened criminals.”

“A man can sleep around, no questions asked. But if a woman makes 19 or 20 mistakes, she’s a tramp.”

“A waiter approaches a table of Jewish diners as they finish their meal and says: ‘Was anything right?”

Do you know how many middle-aged men go out for a pint of milk and never come home? Not enough.’

“For boys, puberty is like turning into the Incredible Hulk – but very, very slowly. “

“I said: “How long will my spaghetti be?” The waiter said: “I don’t know. We never measure it.”

“I don’t do drugs. If I want a rush I just stand up when I’m not expecting it.”

“I got an odd-job man in. He was useless. Gave him a list of eight things to do and he only did numbers one, three, five and seven.” 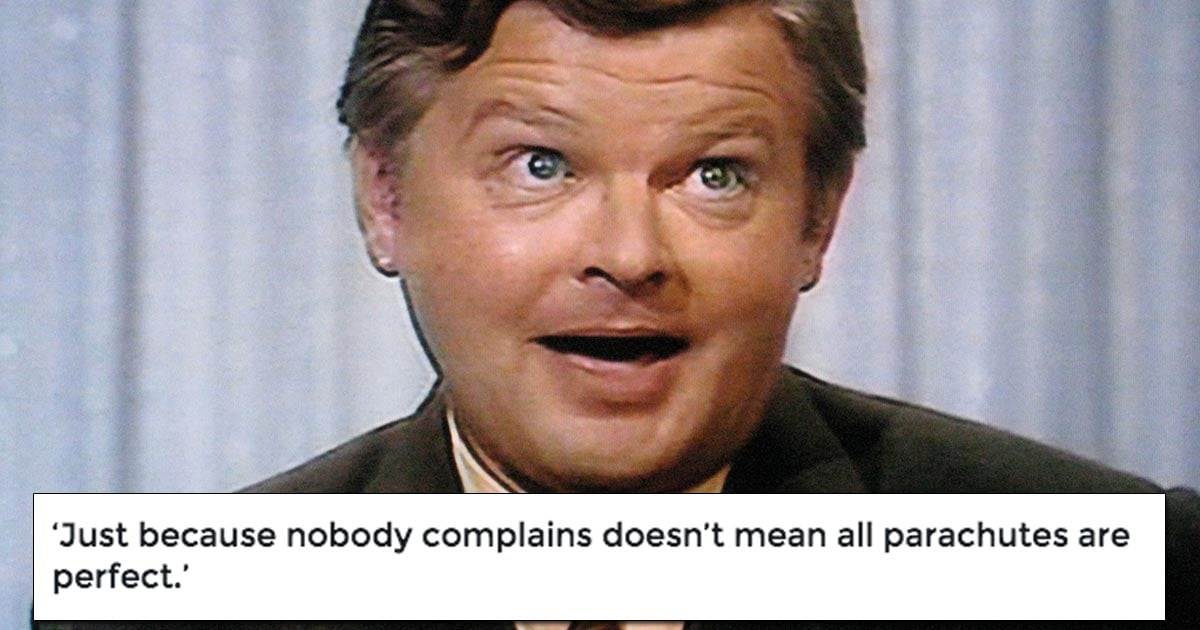 ‘Just because nobody complains doesn’t mean all parachutes are perfect.’

“I got on the property ladder. It’s bloody murder getting that deposit together, isn’t it? You start having dark thoughts don’t you? You start looking at your mum and dad thinking: If only they had an accident…. I’ll put cheese-wire across the door. ‘Mother come quick, things to shred!'”

“I had to take the batteries out of the carbon monoxide detector; it was beeping all night.”

“I like the Ten Commandments but I have a problem with the ninth. It should be – Thou shalt not covet thy neighbour’s ox, except in Scrabble. “ 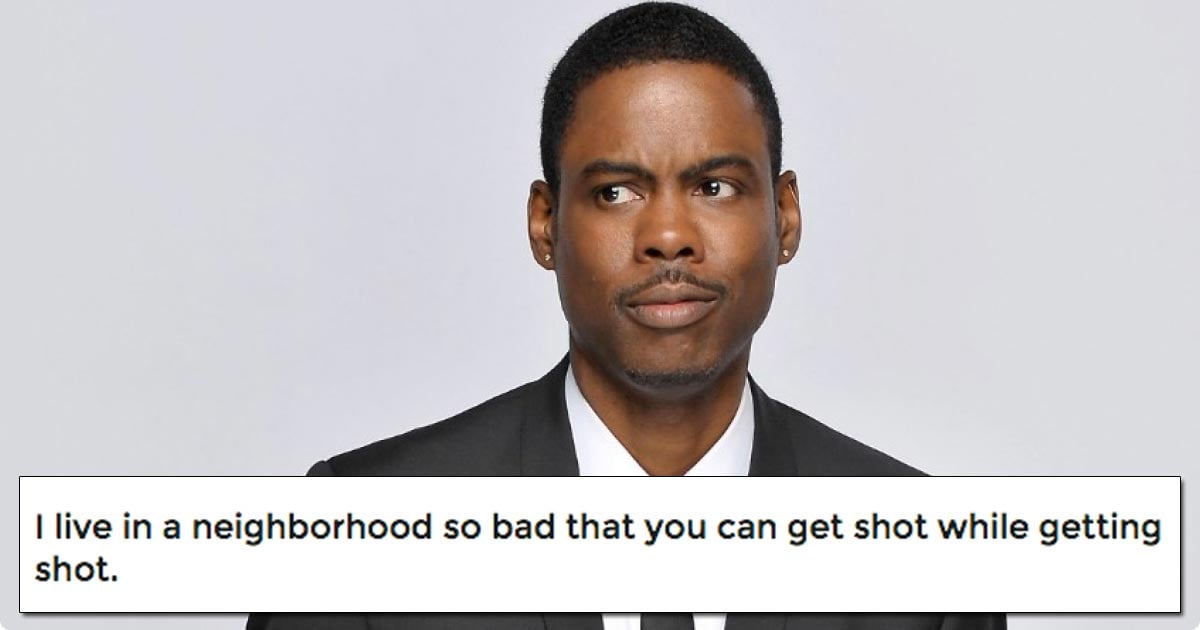 I live in a neighborhood so bad that you can get shot while getting shot.

“I once went to one of those parties where everyone throws their car keys into the middle of the room. I don’t know who got my moped but I’ve been driving that Peugeot for years.”

“I saw a fat person wearing a sweatshirt with ‘Guess’ on it. I said ‘Thyroid problem?”

“I was playing chess with my friend and he said, ‘Let’s make this interesting’. So we stopped playing chess.”

“Toughest job I ever had: selling doors, door to door.”

“If you arrive fashionably late in crocs you’re just late” 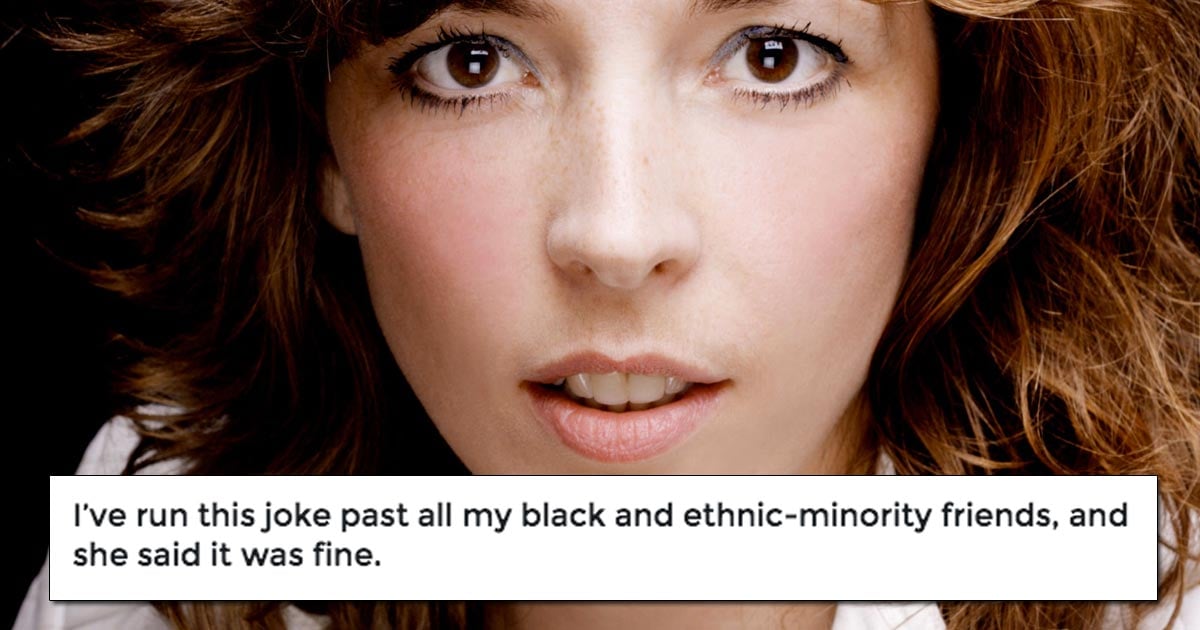 I’ve run this joke past all my black and ethnic-minority friends, and she said it was fine.

“If you don’t know what introspection is – you need to take a long, hard look at yourself.”

“Maybe Hitler wouldn’t have been so grumpy if people hadn’t left him hanging for high-fives all the time.”

“My father was a magician. Well, not a magician, he just disappeared a lot when we were younger.”

“My wife told me: “Sex is better on holiday.” That wasn’t a very nice postcard to receive.” 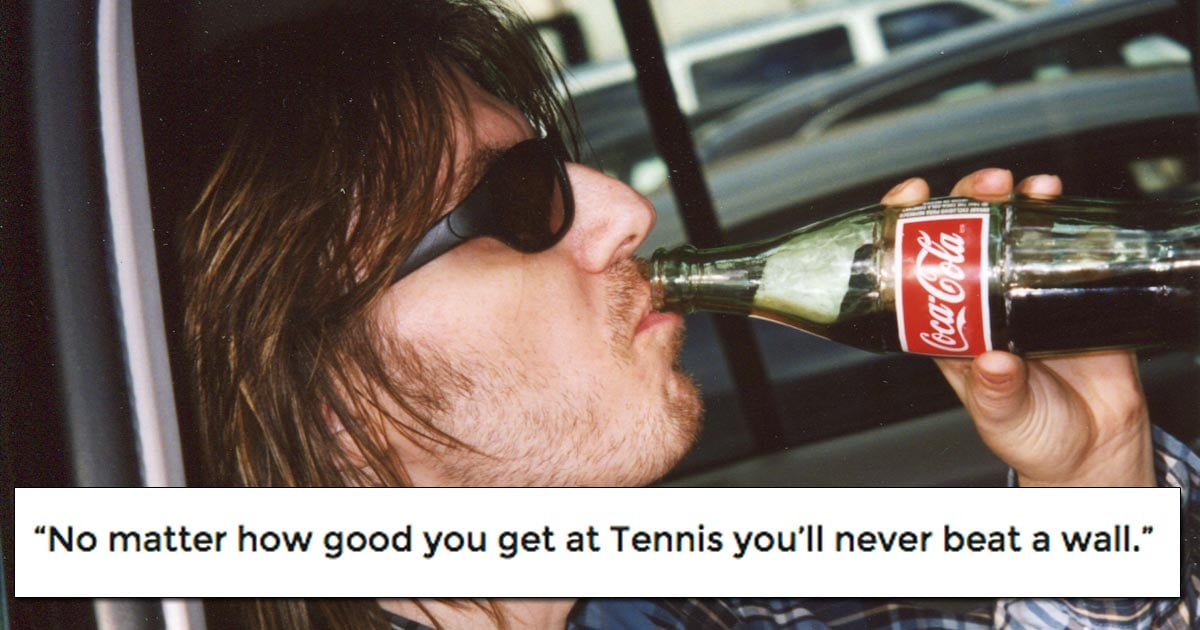 “No matter how good you get at Tennis you’ll never beat a wall.

“People say I’ve got no willpower. But I’ve quit smoking loads of times”

“The first time I met my wife, I knew she was a keeper. She was wearing massive gloves.”

“They say children give you something money can’t buy. Yes, poverty.” 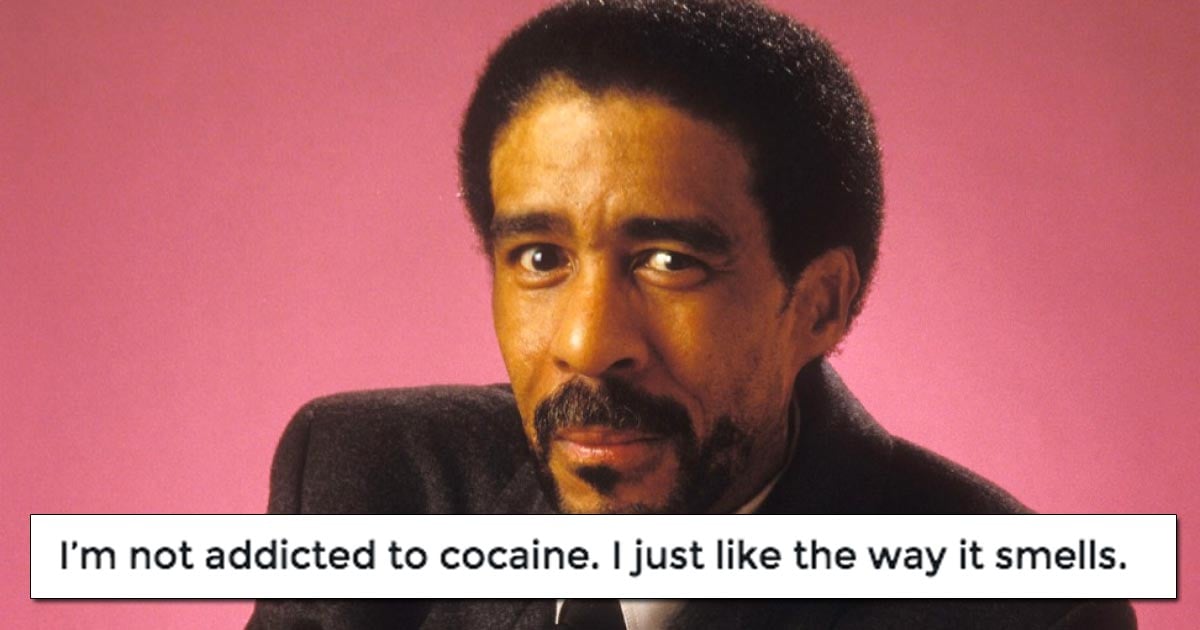 I’m not addicted to cocaine. I just like the way it smells.

“Throwing acid is wrong, in some people’s eyes.”

“Went to my allotment and found that there was twice as much soil as there was the week before. The plot thickens.”

“When I was younger I felt like a man trapped inside a woman’s body. Then I was born.”

“With stand-up in Britain what you have to do is bloody swearing. In Germany, we don’t have to swear. Reason being, things work. “ 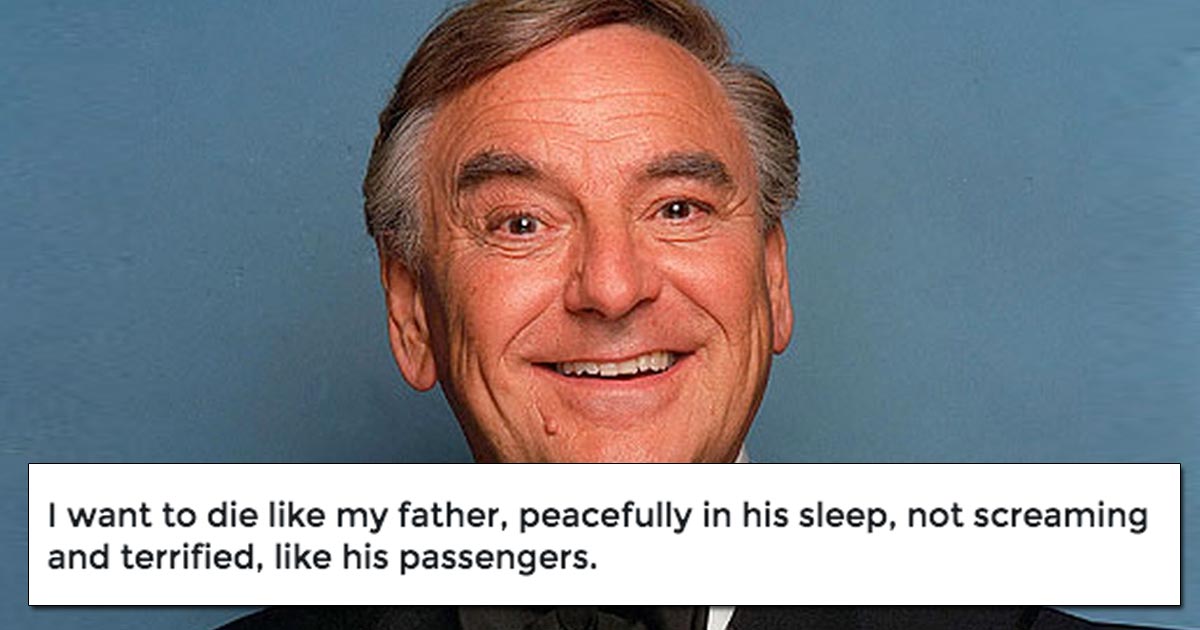 I want to die like my father, peacefully in his sleep, not screaming and terrified, like his passengers.

Well, we thought the number 70 lacked innuendo and we thought we’d give you one.