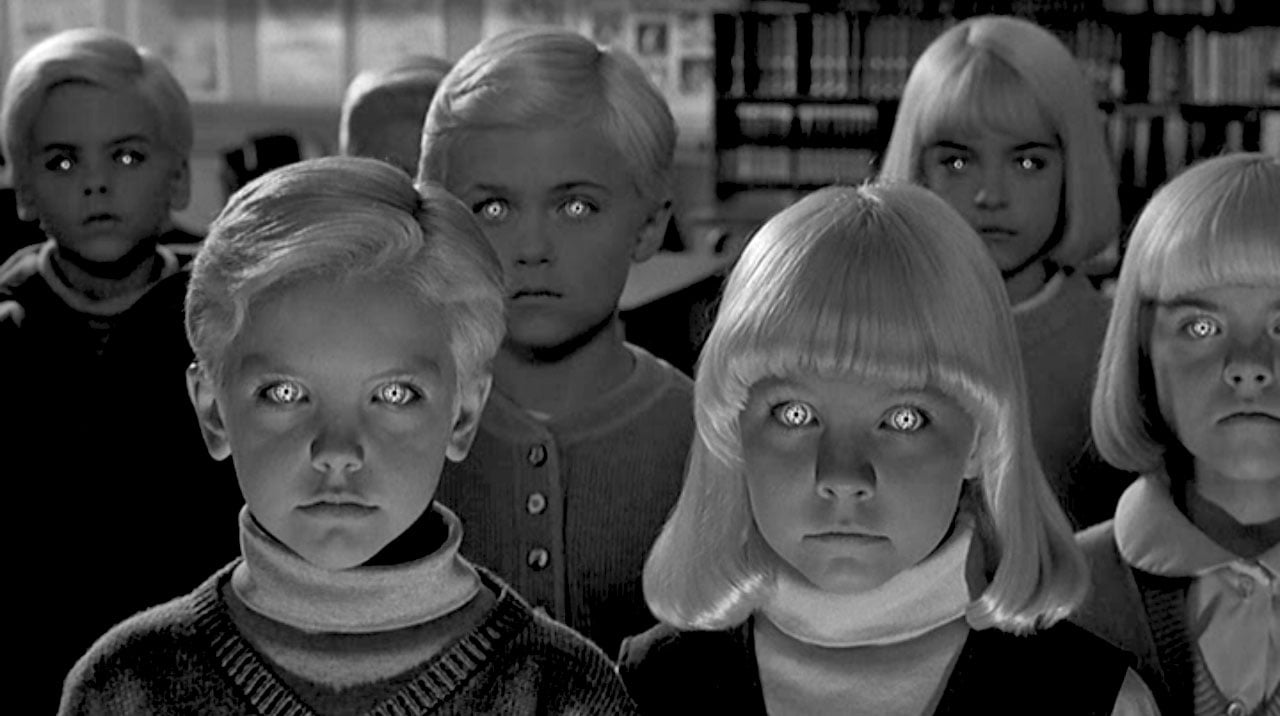 Over on Reddit parents are freaking each other out by sharing stories of the creepiest things their kids say, and oh my, it sure is terrifying.

We’ve selected 21 of the utterly best stories, so have a read and be prepared to be chilled to your very bone.

He said “I know. But this time it’s goodbye.”

Had to check on him a few times to make sure he was still there.

Apparently once I was able to talk I used to make her turn up the music when we passed because the “voices were too loud” and I “couldn’t listen to so many at once.”

Still freaks her out. Makes me question my sanity at that age….

My wife said, ‘don’t hit your mum with a hammer!’

And he denied he was going to, but then he came up to my wife and whispered, ‘if it was a real hammer I would.’

I am always writing these down. Here are a few..

Visiting a friend’s new baby and my son’s first words were “When will that baby die?”

I was watching my son play with his trucks on the floor and smiled and said “I love you” he responded “I love you too. I actually don’t feel like killing you right now”

When my son was much younger he would talk about the woman who lives in our wall and misses her family. We’d find him upstairs with a pile of blankets just laying there and he’d say he was laying down with the lonely woman.

I am happy, because you are my mommy now. I like you more than my last mommy. I want you to be my mommy next time, too. Promise me, you will be my mommy.

She is at best, a chatterbox. She talks about lots of things that don’t quite make sense, but she is extremely intelligent.

My husband and I discussed the possibility of having a younger sibling with her and how she would feel about it. She said “I would be happy because your other baby will come back.”

I didn’t understand what she meant and asked her to explain what she meant. “Before I was here, they asked me to pick a mommy. I picked you.”

I just started sobbing at that point. She said “I think that baby will come back and then we can have a boy baby too!” This happened a few days ago.

Our daughter does not know that I lost a little boy just before she was conceived. We’ve never mentioned it and there’s no possible way she could know. I’m still kind of freaked out, but almost comforted in a way. Maybe he will pick me again…

7. While changing my daughter in front of the open closet door…

She kept looking around me and laughing. I asked her what was so funny.

To which I replied, “what man?”

She then pointed at the closet and said, “the man with the snake neck.”

I turn around and nothing was there.

I’m afraid to look into the history of my house to see if anyone hung themselves in the closet.

At least she wasn’t scared.

8. Not to me, but to his grandmother…

He was cuddling with her and being very sweet (he was about 3 at the time).

He takes her face in his hands, and brings his face close to hers, then tells her that she’s very old, and will die soon.

Then he makes a point of looking at the clock. 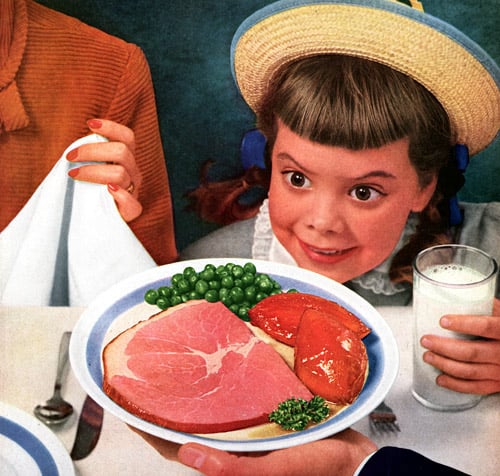 10. I was on a bus recently and we were stopped outside a walk-in clinic…

A little girl in the seat in front of me turned to her dad and said, “Death is the poor man’s doctor.” And that was that.

“What do you see through the black circles in my eyes when you’re controlling me when I’m at school?”

12. My co-worker’s four year old daughter always thought that the…

…rattling of the water pipes in the kitchen cupboards were “white wolves” and the sound always scared her.

One day she was sitting at the kitchen table and she said, “Mom. The white wolves aren’t bad… they’re our friends!”

Her mom encouraged the idea by saying, “Yes! The white wolves are protecting us. They are our friends.”

Then her daughter added in, “They’re our friends, but not the man who crawls on the floor and stands by my bed”.

13. I work in a preschool. Creepy shit gets said and done all the time…

The one that sticks out to me happened last year. There is a small kitchenette area in our classroom that the kids use during free time for playing house or whatever pretend games they think up.

There was one little girl that I was keeping a close eye on, mostly because of how withdrawn from the other kids she was. I noticed she was playing with a babydoll in the kitchenette, rocking it back and forth and singing to it.

She then took the baby, shoved it into the play oven and slammed the door shut. She turned around, looked straight at me, and said, “Sometimes bad babies go in timeout” in the creepiest little girl voice I’ve ever heard before smiling and running off. That one kind of shook me.

14. My noticeably pregnant sister and I were having a conversation at the dining room table… 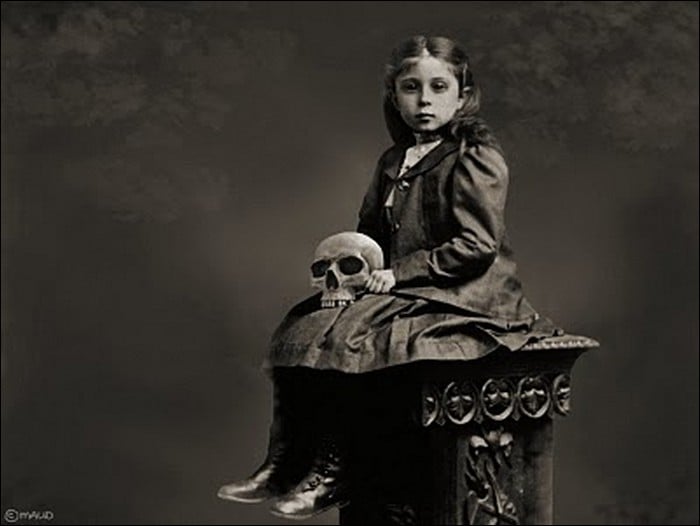 My 4 year old son was also present and asked my sister if there was a baby in her belly. She affirmed. He, completely straight faced, slid from his chair and headed for the kitchen saying “We need to get it out. I’ll go get the knife. ” I don’t even know….

He’s asked me numerous times about the “girl over there” while pointing at one of the back bedrooms. The place is small, and there is definitely nobody there so I just dismiss it as a really active imagination (he has lots of imaginary friends).

Then some friends are visiting and they have a daughter around the same age. She has never met my nephew. Twice in the one day she asked about the “pretty girl” while pointing at the exact same room. Definitely caught me out and I didn’t know what to think.

Then at Christmas my family was over at my place and my nephew points at a picture of my wife and asks if she is coming to visit us here or does she just stay at the cottage. My wife died ten years ago. Personally I don’t really believe in paranormal stuff so it’s probably just my logical brain putting together a bunch of kids ramblings but it definitely got my attention.

16. My father tells me this story of my childhood every once in a while:

When I was around six years old, my dad’s best friend committed suicide. We’ll call him “Joe” for the sake of the story. Obviously, it was a very rough and emotional time for my dad. Joe was my dad’s best man at his wedding, the one guy who was always there for him. After my dad got married, he and my mother left Joe and the town they were in to start a life outside of the town they grew up in. After years of moving around California, my family eventually moved to Utah, where my father worked for a successful internet business. Joe stayed behind in Washington. Because my family were so far away from their old life with Joe, there wasn’t a lot of foresight/warning that Joe intended on ending his own life.

Joe’s sister apparently had been blaming Joe’s wife for her brothers suicide. Joe and his wife drank a lot of booze, and probably as a result, fought a lot. My father always said that they were a passionate couple; yes, they would fight often, but he hardly knew two other individuals who were so completely in love. For this reason, he didn’t believe it.

A few days after Joe committed suicide, his widow called up my father sobbing about how she thought it was her fault. After about an hour of trying to console her, he told her “If there was a way for me to talk to Joe now, I guarantee you that he would tell you that he loved you, and that it wasn’t your fault that he ended his life.” Crying, she still didn’t believe him, but she thanked him for the kind words and let my father go.

My dad was obviously distraught after that long, hysteric conversation. He had been down in his office for a while, and he decided to come up and check on his kids while making a pot of coffee to take his mind off of things. We were all supposed to be napping, but he thought he’d peek his head into our rooms to make sure we were safe/maybe try to have a little smile or brightness added to his day.

Sure enough, when my dad got to my room, I was fast asleep on my bed. He went to my brother’s room, and he was also sleeping. Finally, he checks on my sister, who is sleeping as smugly as an angel. He decides to go back towards my room and into the kitchen to make some coffee.

As he walks by my room, he notices a whimper. He turns around, and enters my room, where he finds me weeping. I was five years old, so the way I was crying seemed odd to him. Normally a five year old would cry drastically over dramatically. I wasn’t. I was just sitting on the side of my bed, weeping.

My dad enters my room and says “Matty, whats up? Why are you crying?”

With that, I stopped crying, rolled over back onto my bed, and fell swiftly back to sleep.

Needless to say, my dad shit his pants.

Whenever I was at my grandmothers house. He looked like a hobo from the great depression and had a guitar and sang me old timey blues, he told me that he died when he fell of a train he was riding whist drunk on moonshine. I stopped seeing him when I was about 6.

Anyway, 6 months ago I found my dads old acoustic guitar and started playing, and my little cousin told me “Mr.Peterson is proud of you!” And left.

I don’t know what to think

18. I was preparing to give a lecture on heart anatomy (powerpoint) with my 3 yr old next to me…

He asked what that large thing was on top of the heart.

I explained the term ‘vessel’ and the ‘aorta’.

He looked down and said he couldn’t see his aorta.

I explained, “No, the aorta is inside your body. You can’t see it now.”

He said, “That’s ok mommy. Maybe when you’re dead, I’ll look at yours.”

“My other dad is visiting tonight”.

20. I was babysitting my friend’s toddler once…

…and he drew me a picture. It was basically a squiggle so I asked him what it was and he said “it’s a cat then a vampire” I said ” does the cat turn into a vampire?” and he looked me dead in the eye and said “it does if you do science to it.”

21. When I was about 3 we had a cat that had still born kittens…

I asked my father if we could make crosses for them, which he did.

As he was making them I asked: “Aren’t those too small?”

Dad: (after several moments silence) “We’re not going to do that” 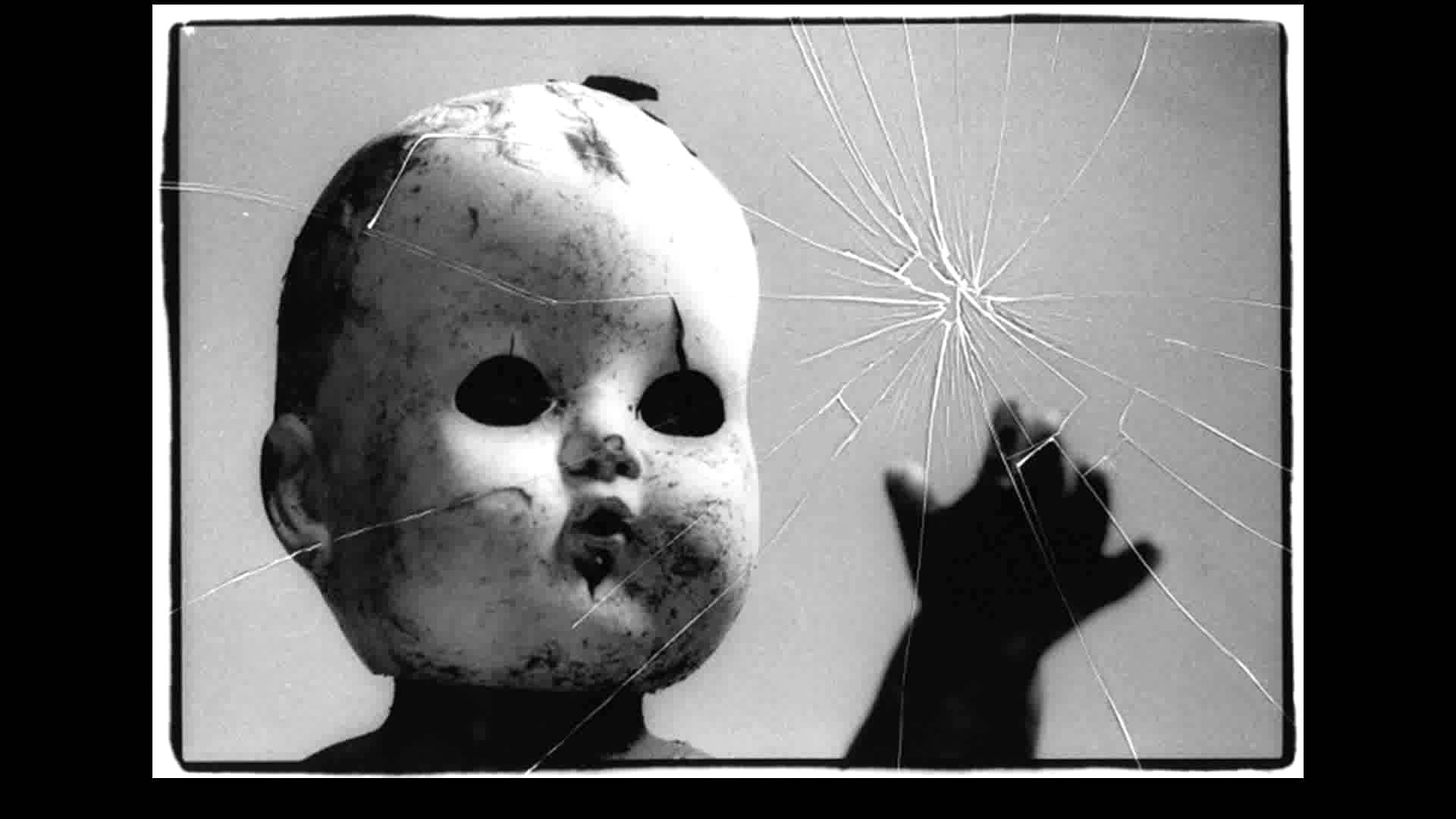