ISIS have revealed their Eurovision 2016 entry, and it looks like a winner!

Share Tweet
The jihadist militant group have announced their Eurovision hopeful for this year’s competition in Sweden, and it’s bound to cause some controversy. 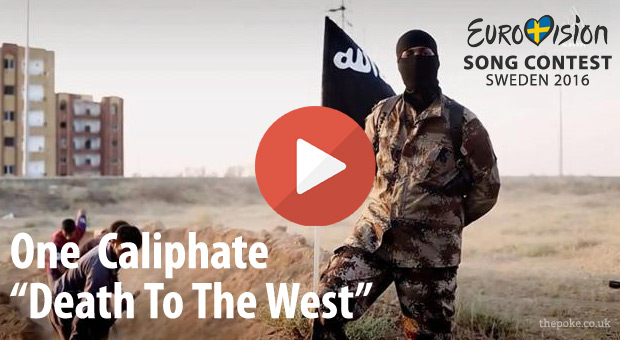 The controversial move allowing ISIS to compete comes after changes have been made to the voting process, in the hope of making the competition more exciting to audiences.

“The significant overhaul of the voting rules will lead to a much more dramatic finish this year,” said a Eurovision spokesman. “And the possibility that the ISIS contestant will be wearing a bomb vest will only add to that drama.”

“Death To The West” has been described a power ballad in the vein of Leona Lewis’s global hit Bleeding Love – although instead of lyrics about finding love again after a painful heartbreak, they deal with the establishment of a single, global state under a specific interpretation of Islamic rule.

“The song itself sounds quite thematically heavy, but I’m sure audiences the world over will love the uplifting chorus,” said the song’s writer.

“Either way, it still stands a much greater chance of winning than the British entry.