Motorists have been confronted with a giant triceratops blocking the main road through Godshill, Isle of Wight.

ITV Meridian reports ‘It’s thought alcohol may have had a part to play in the prank, after the dinosaur was moved from its regular home in the garden of a fossil and gem shop.’ 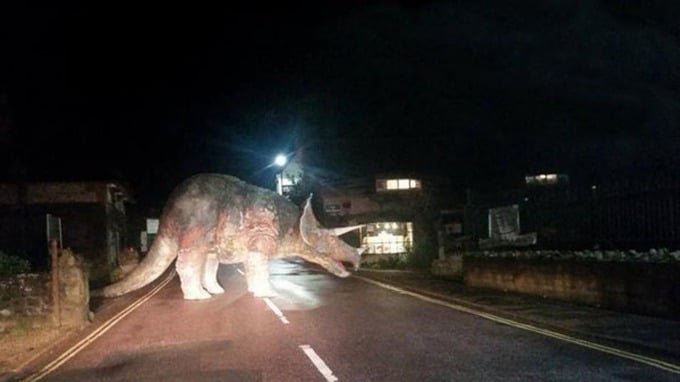 According to local media it belongs to Martin Simpson of Island Gems, who said:

“It must have taken five hefty lads to move it. It’s great people are talking about it, but I wouldn’t want to encourage anybody to cause a hazard for traffic.”

The dinosaur has since been moved back, but not before a picture was snapped of it standing proudly in the road to the amusement of many motorists.