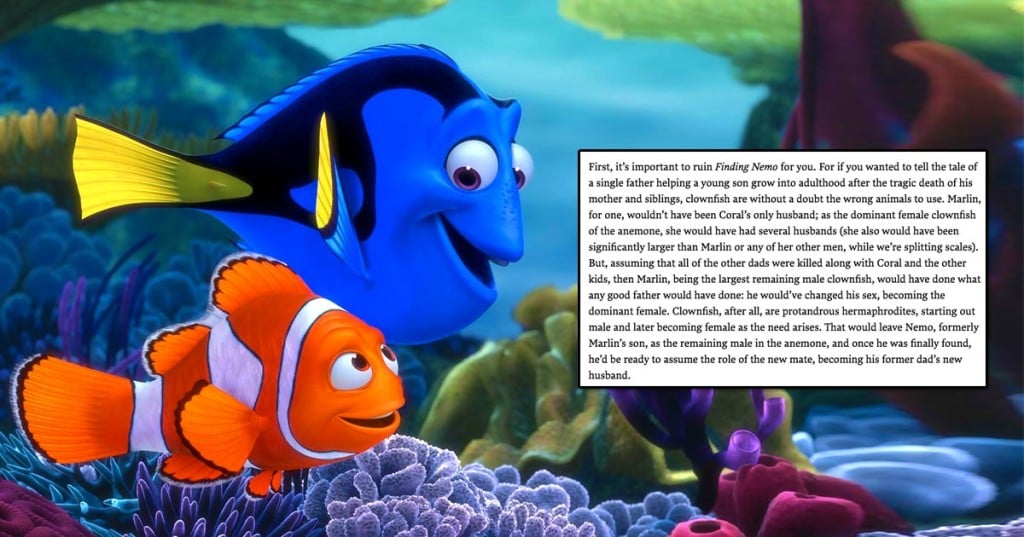 First, it’s important to ruin Finding Nemo for you. For if you wanted to tell the tale of a single father helping a young son grow into adulthood after the tragic death of his mother and siblings, clownfish are without a doubt the wrong animals to use. Marlin, for one, wouldn’t have been Coral’s only husband; as the dominant female clownfish of the anemone, she would have had several husbands (she also would have been significantly larger than Marlin or any of her other men, while we’re splitting scales). But, assuming that all of the other dads were killed along with Coral and the other kids, then Marlin, being the largest remaining male clownfish, would have done what any good father would have done: he would’ve changed his sex, becoming the dominant female. Clownfish, after all, are protandrous hermaphrodites, starting out male and later becoming female as the need arises. That would leave Nemo, formerly Marlin’s son, as the remaining male in the anemone, and once he was finally found, he’d be ready to assume the role of the new mate, becoming his former dad’s new husband.