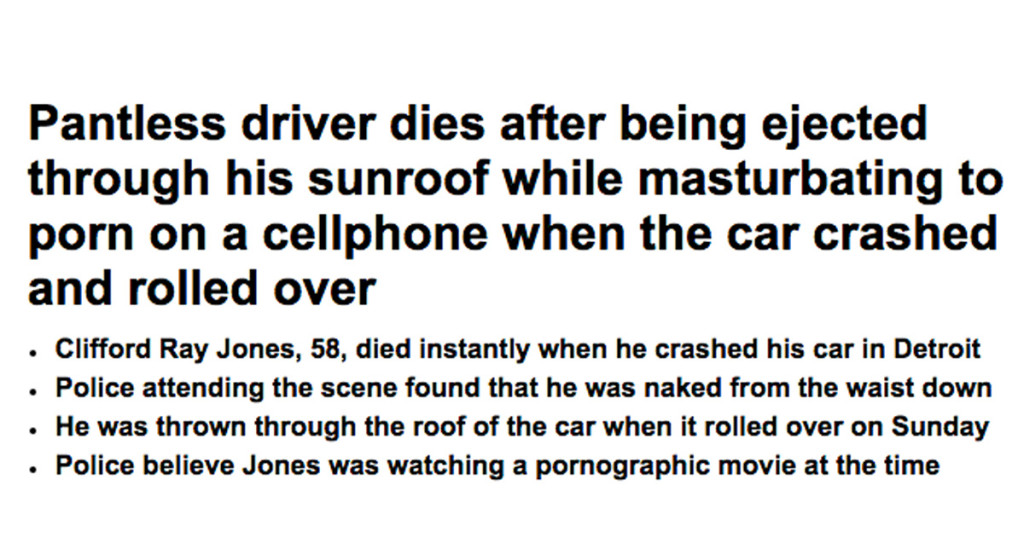 The man, who wasn’t wearing pants, was watching the movie on his cellphone, said police.

The driver, 58, wasn’t wearing a seat belt and was partially ejected through the sunroof.

A state police spokesman said it’s the strangest incident he ever encountered.

“There’s so much technology out there a lot of people are more paying attention to what they’re doing other than driving their car,” said Lt. Mike Shaw of the Michigan State Police.

The accident occurred Sunday at 3:30 a.m. as the car was traveling south on the Lodge ramp to Interstate 75 in Detroit, said police.

The driver lost control of the 1996 Toyota and it rolled over. No other vehicles were involved in the wreck.

He was pronounced dead at the scene. The police are continuing to investigate. 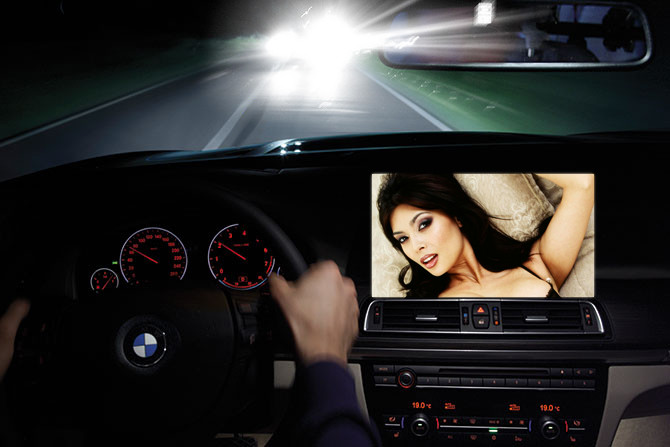 Spare us all the premature ejection jokes…

Oh do we have to link to the Daily Mail? Really? Ok then.