Ulverston Dickensian Christmas Festival is proud of their #dickfest

The Ulverston Dickensian Christmas Festival is this weekend, and they’ve suggested people use #dickfest to tag photos on social media. Some have pointed out that it sounds rude, but no – in a slick PR move the festival organisers are sticking to their #dickfest guns. 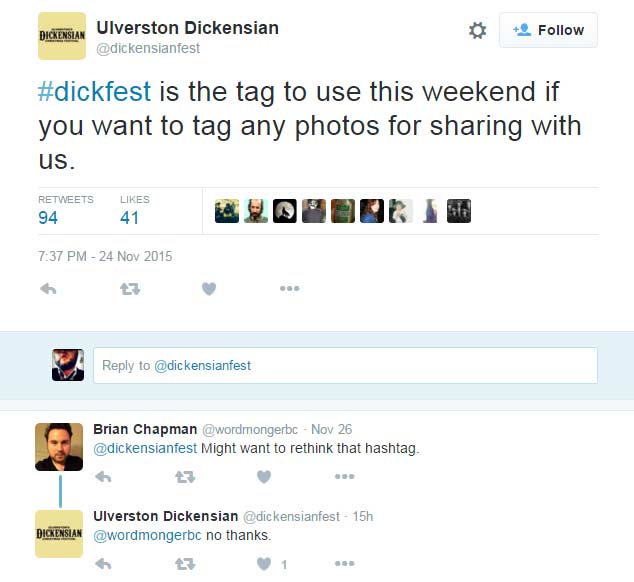 Wish I could be up in Cumbria for #dickfest this weekend.

Yeah, Ulverston might have a #DickFest, but there'll be a #CoxExtravaganza in Barrow on Saturday.

@dickensianfest Will Woodcock be the guest of honour

These lovely people will arrest you for eating @CartmelSticky in New Market Street during #Dickfest pic.twitter.com/Zb6DTuqCTP

Note: Pursue the #dickfest hashtag at your own peril.

Finding a signed copy is quite rare

Waitrose have got the Christmas essentials covered