He’s going to regret this….

Jez Belmont, a 38 year-old IT manager from Norwich, woke up on Saturday morning after a night of heavy drinking with a sore head and an alarming new tattoo on his right arm. 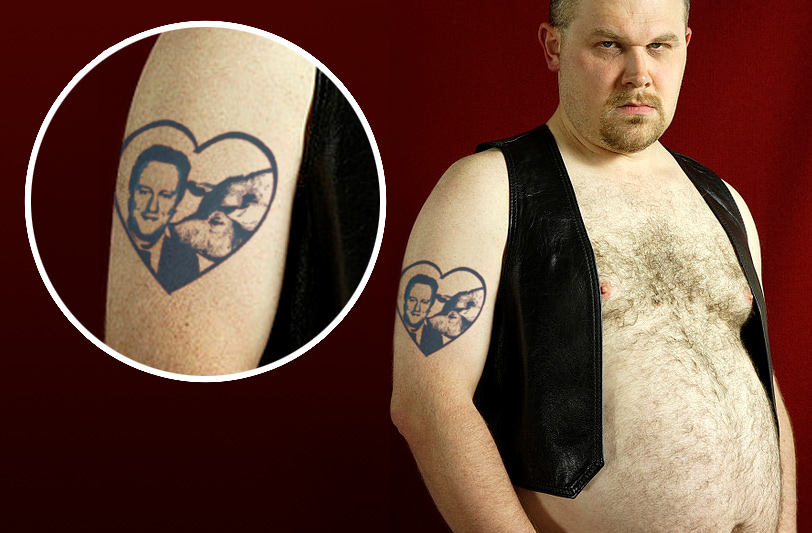 “I can remember talking about Cameron and the pig a lot,” says Mr. Belmont, “and how chuffed I’d be if piggate pushed him out of office. One of my friends is a tattoo artist and we ended up back at his – which is always dangerous.”

After some further drinking and several rounds of double-or-quits Jenga, Mr. Belmont found himself heavily indebted.

“Basically I ended up owing my mate Pat six grand. Then he said he’d let me off if he could do a picture of Cameron and the pig on my arm, sort of like an advert for his tattoo parlour, Pat’s Tatts.”

“Pat rang the local paper, and now I’ve done a photoshoot and the pictures are going all around the world. People keep asking me if I’m going to get it removed but I actually quite like it – it’s certainly an improvement on the heavy metal clown I had done in Thailand.”