This invention may change your life

Ok that might be a bit of an over exaggeration, but the NoodVamp is going to revolutionise the way you slurp, gorge and devour your noodles.

Was it a bowl that connected to your wifi?

Was it a mouthguard that made your slurps sound like cartoon sound effects? No. Those are ridiculous. 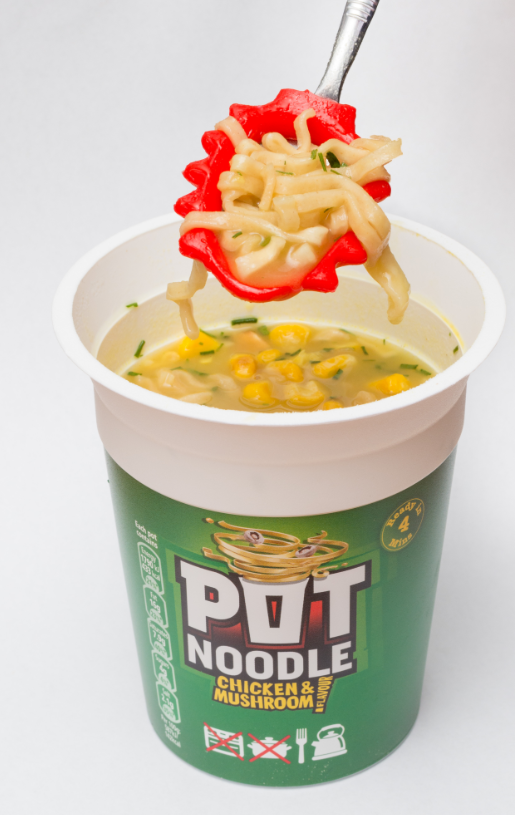 It is all down to a man named Valdis. Some call him a noodle genius, some said he was mad. Pot Noodle found him and helped him to bring his dream to life. We spoke to him to find out more.

1. Can you tell us about your first noodle experience?

I don’t actually remember my first noodle experience itself, but I have fond memories of eating spaghetti and noodles, especially as a student at university.

2. How did you come up with the idea?

I came up with the NoodVamp after seeing people become consistently frustrated with having to eat their noodles with multiple utensils, or having the noodles break in half and splash everywhere when using a fork.

3. What’s the history behind your noodle grief?

I, and friends, had grown tired of having to use separate utensils when eating noodles. I didn’t want to give-up on my noodles simply because of difficulty juggling a spoon and fork. This ongoing grief, coupled with my dislike of sporks, drove the inspiration for the NoodVamp.

4. Tell us a little about yourself

I initially arrived in the UK from Latvia in 2005 to study at the University of Bradford, where I studied innovation (project) design. I now live in Sheffield, where I work as a project engineer for the Advanced Manufacturing and Research Centre (AMRC)

5. Do you have any other inventions?

When at university, I designed a lunchbox that could be reconfigured to suit different types and sizes of food.

I’m always thinking about different innovations and ideas, so I’m forever writing down things I think the public would like, so there are plenty more inventions to come from me yet! 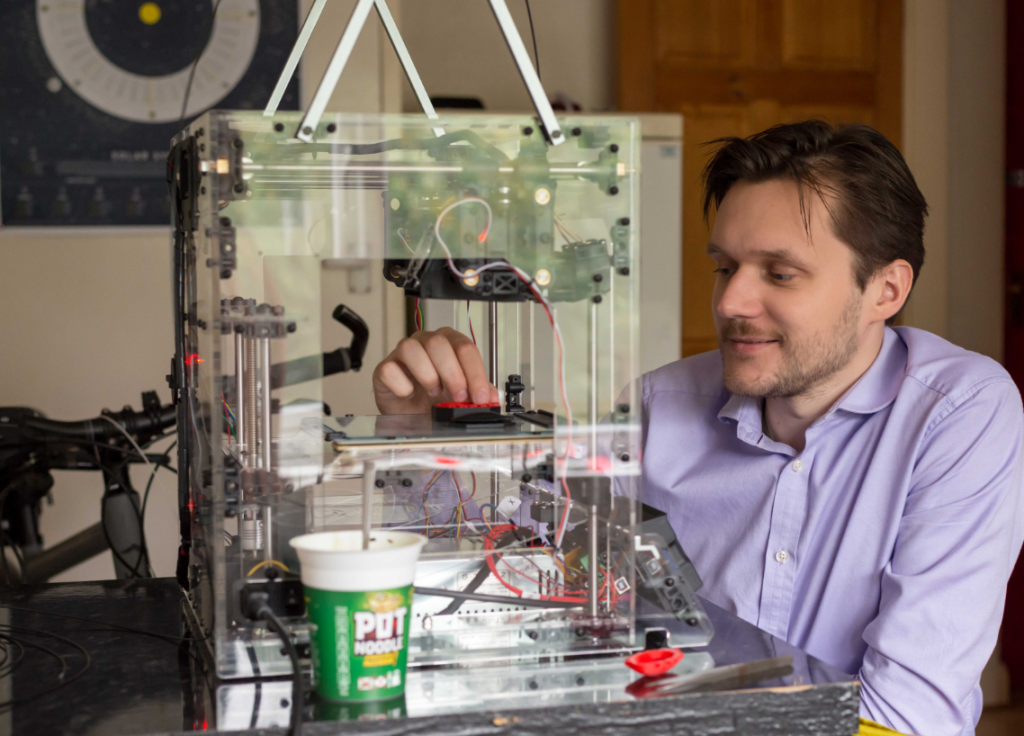 I work as a project engineer, which means I develop engineering solutions for a wide range of international clients.

7. What prompted you to try and crowdfund the NoodVamp?

I didn’t have the funds to finance the production of the NoodVamp, so at the time, crowdfunding seemed like the best solution. However, as I didn’t have working prototypes that could be used to support my ‘campaign’, it didn’t receive the backing I needed.

8. How much noodles do you eat your way through in a week?

I tend to eat noodles once or twice a week, normally on the weekend. When developing the NoodVamp, however, I was eating different sorts of noodles every single day so as I could perfect the design and get the best results.

9. How did it feel to be approached by Pot Noodle about helping you to make the NoodVamp?
After my crowdfunding efforts, being approached by such a well-known and loved brand as Pot Noodle was an exciting prospect and something I’m grateful for. It feels awesome to work with a leading brand that understands my product, no matter how niche – something others didn’t get. 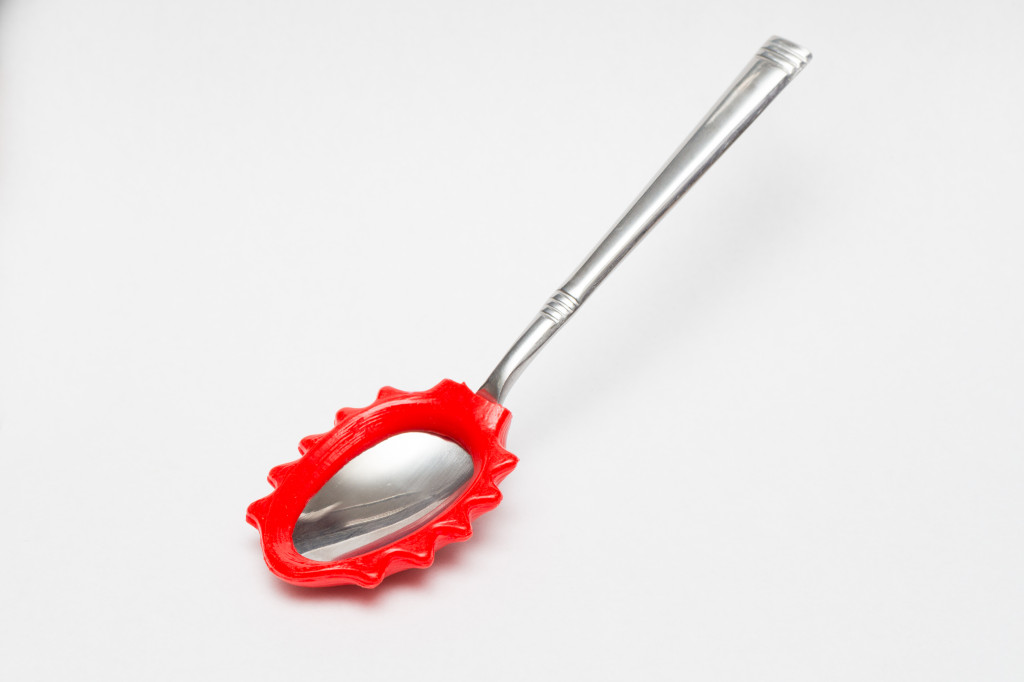 (The NoodVamp, in all it’s glory)

11. What invention do you wish you had created?
I tend not to think about ‘I wish I’ and focus more on the ‘I will’. I appreciate a good invention because of all the effort and thought that goes into it, especially now after going through the development process of the NoodVamp.

12. What’s the worst idea you have ever come up with?
My worst is probably still yet to come! I would like to believe that I do not spend my time thinking about useless ideas, however I do sometimes get carried away with thinking too much about the manufacturing process and how can it be done with less operations rather than the idea itself.

13. Are all your ideas noodle based?
Whilst I love noodles, they’re not my lifelong passion. My ideas come from everywhere and anything.

14. If you could go for a drink with anyone from history, who would it be, and how many noodles would you make them eat?
Nikola Tesla – can’t think of a world where we have to use candlelight for everything, so have lots to thank him for. If we were dining on noodles, I wouldn’t force him to eat more than he wanted – especially as he (apparently) had very strict dietary requirements! 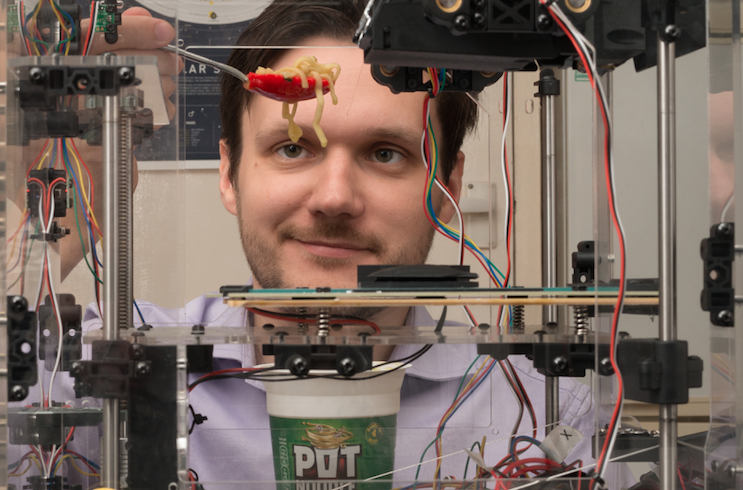 Are you the next Valdis? Do you have an invention that could CHANGE THE WORLD? Keep your eyes on The Poke as next week we will be launching a search for the next big thing. It’s like Dragon’s Den, but without rich people staring at you and with more internet silliness.

Pot Noodle has been asking the public for their best time-saving ideas over the last month. Visit @Pot Noodle and #YouCanMakeIt to find out more.